The draft 2023 budget for the TTC includes a whopping 9% service cut and a fare increase at a time when the climate and affordability crises are worse than ever. At the same, the Mayor is leaving big money on the table to fund transit and climate goals.

Toronto’s climate plan hinges on free and improved transit before 2040. But this budget moves us in the opposite direction. It’s time for Toronto’s leaders to step up and put serious money into their transit and climate commitments. We’re calling on them to follow the lead of cities like New York, LA, Chicago, Sydney, Melbourne, Montreal, and Vancouver and apply a commercial parking levy to fund transit and climate action.

Our next book club read is Carolyn Strange’s Toronto’s Girl Problem: The Perils and Pleasures of the City, 1880-1930.

Join Fernwood Publishing and Queen Books for the launch of Worlds at Stake by Aaron Saad, in conversation with Lana Goldberg.

The intensifying climate crisis has put the world on high alert. For those living in the high-consuming, high-polluting swaths of the world, it is clear that something about our society, our politics, our economy — our very way of life — must change. But the nature of those necessary changes is a source of seemingly intractable dispute. Does the answer lie in stimulating the dynamism of capitalist market forces with a carbon price or in the deployment of new, climate-engineering technologies?

Join this online presentation and discussion with labour activists from Palestine, South Africa and Canada about apartheid in Palestine, and the support and solidarity required to end it.

The Taylor Family were industrialists/entrepreneurs that owned vast acreage in the Don Valley and surrounding area (approx 4,000 acres) through the mid 19th century into the early 20th century.
Among other enterprises, most notably the Don Valley Brick Company, the family also operated three mill complexes within the Don Valley with the largest being the “Upper Mill” located just north of the Forks of the Don.

When: Mondays at 6pm

Join author Yves Engler on Mondays for a weekly news roundup and interactive discussion about Canada’s role abroad. This weekly session will delve into the latest developments on subjects ranging from military affairs and Canada’s role in Ukraine to its contribution to Palestinian dispossession and exploitation of African resources. Join Yves for a critical take on Canada’s foreign policy. Questions, comments and criticisms are all welcome.

Another Toronto is possible

As the city’s Budget Committee wraps up for the year, gather with us outside of City Hall to demand that Toronto DIVEST from police and INVEST in communities. Say NO to John Tory’s $48.3 million police budget increase! Say YES to reallocating 50% of the police budget to community supports!

“Bosses Know Best” is the slogan of Mr. Block: a bumbling, boss-loving, anti-union blockhead, brought to life over a hundred years ago by subversive cartoonist and IWW activist Ernest Riebe. Mr. Block has written himself into labor history as the working class’s biggest blockhead. Why? Because he believes that the wage system is basically good and the bosses have his best interests at heart.

In this panel, the authors of two new books on the legacy of Mr. Block will discuss the enduring lessons from Riebe’s subversive comics and satirical writings poking fun at conservative workers’ faith in the capitalist system that exploits them.

Sponsored by the Human Rights Research and Education Centre

This event will feature the editors Donna Baines, Bindi Bennett and Natalie Clark as well as contributors to the book.

Colonialism is Not Charity

Did you know that each year hundreds of registered Canadian charities raise over a quarter billion dollars for projects in Israel? That many of these groups support the Israeli military, racist organizations and West Bank settlements? And that a number of groups set up by or close to extremist ministers in the new Israeli government provide tax credits to Canadian donors?

Is it Still Possible to be Against the War in Quebec and Canada? 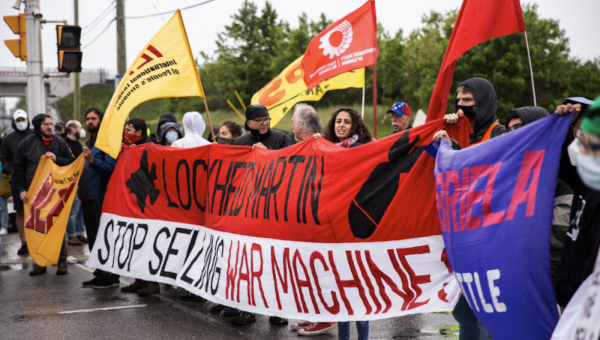 After several months of a brutal armed conflict resulting from the illegal war and aggression of the Russian state against the people of Ukraine, it appears that there is only one possible discourse in the public domain in Quebec and Canada. Since March 2022, we have been sold war, more and more military aid and armaments, as the only option. The absence of a counter-discourse is surprising. Is there no alternative to the deafening beat of the Canadian state’s war drums? 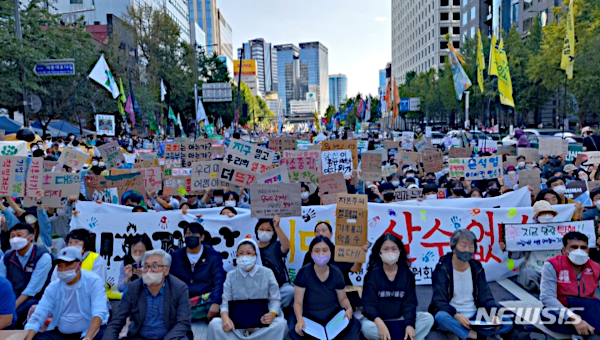 On September 24, 2022, more than 30,000 people occupied the main roads of downtown Seoul, South Korea, for the nation’s largest climate justice march. The sheer turnout of people from all walks of life and the participation by a wide range of advocacy groups were a testament to the impact of climate change on every aspect of life: human rights, women’s rights, religion, food insecurity, and labor rights. For many of these advocacy movements in Seoul, recent crises like COVID-19 have brought home the urgent need to address the climate crisis. 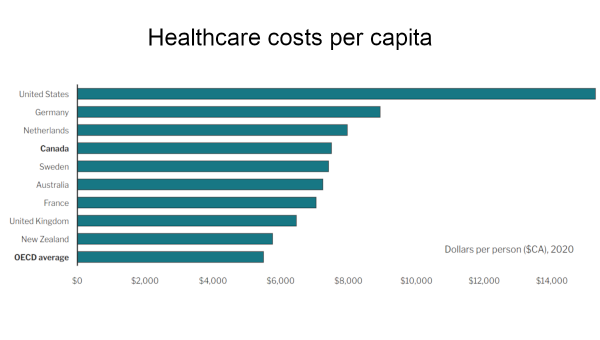 Premier Doug Ford wants for-profit surgical clinics – but that is just one area where his government is privatizing hospitals. Unfortunately, there is so much more. The privatized American healthcare disaster is on full display right on our doorstep. According to the US government 31.6 million Americans have no health insurance whatsoever, including 3.7 million children. Many millions more have inadequate health insurance.

In Memory of G. M. Tamás: I Went to the Nth Degree 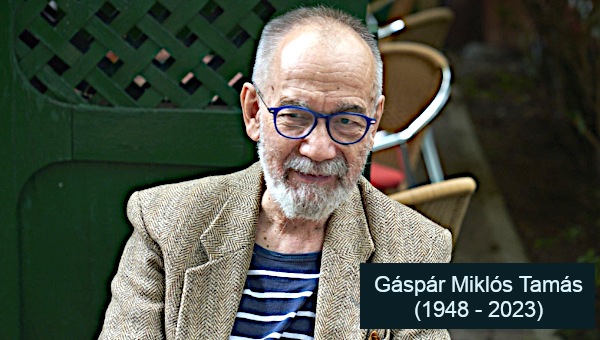 G.M. Tamás (November 28, 1948 – January 15, 2023) was a comrade of many socialists in Canada. He served as a guide to political developments in Eastern Europe, and particularly Hungary and what he referred to as post-fascist politics. In memory, we reprint a recently translated interview from Hungarian. He answered the questions of Litera editors András Greff, Lajos Jánossy, and Bálint Modor.

The NDP and the Right to Strike 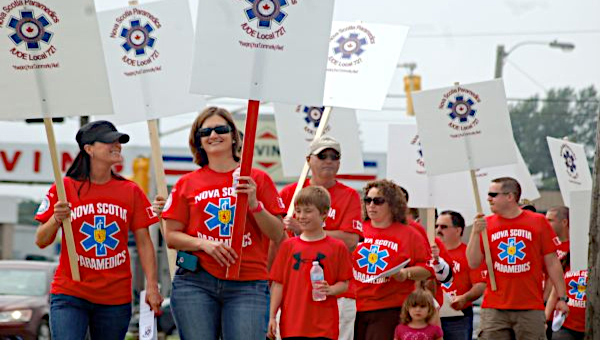 Ontario Premier Doug Ford recently found himself in hot water for removing the right to strike from educational workers, imposing terms and conditions of employment on them, and using the Notwithstanding Clause to bar them from asserting their constitutional rights. New Democratic Party (NDP) leaders across the country have regularly condemned such anti-labour tactics – when they are out of power.

Announcing a new job opening for a Communications and Data Coordinator at the Labour Council. It is an excellent opportunity for someone with strong and proactive communication skills to join our team.

This is a full-time, permanent position with a generous benefits package. The successful candidate will lead our communications programs and presence, contribute to strategic oversight and content development, manage related data, and support our diverse campaigns. To apply, please submit your resume and cover letter to campaigns@labourcouncil.ca by Jan 25, at 12:00 noon.

The starting rate for the position is $1,317.50 per week (currently under negotiation), and a generous benefits package is provided.

Unifor is seeking a National Representative to work out of the Research Department in the National Office in Toronto. We are looking for a dedicated and experienced individual to join our team in advancing the goals of Unifor, defending and expanding the rights of our members, and working to achieve economic and social justice.

This is a full-time permanent position following the successful completion of a nine-month probationary period. Excellent salary and benefits are set under collective agreement.

Please submit a cover letter and resume by January 31, 2023, to employment@unifor.org.