Rising Up For Childcare

Our community is facing an unprecedented challenge brought on by the Covid-19 pandemic. Over the last six months early childhood educators and child care staff have risen to this challenge: supporting children and families, communities and each other through a global pandemic. Now we will continue to rise: demanding real government action on child care. The Ford government is proposing reckless changes to child care regulations that will erode quality in licensed child care, but we are rising up to demand they #StopTheChildCareChanges.

A new academic study finds that Ontario’s health care workers have been silenced, marginalized and left unprotected during the pandemic due to systemic failures of the health system.

The Ontario Council of Hospital Unions (OCHU/CUPE) is calling on the government to immediately address these shortcomings and prioritize health care workers’ safety and well-being.

Please sign our petition to the Ontario government at ochu.on.ca

The Centre for Social Innovation’s Climate Ventures Conversations* are a chance to hear from innovators and leaders working on climate justice and climate solutions. You’ll gain a greater understanding of the different ways in which we can tackle the climate crisis, and hear some inspiring personal stories along the way.

On Wednesday, December 3, we’re sitting down with Iron & Earth’s Bruce Wilson. Join us as we discuss the path to a net-zero economy and a just transition for workers.

Dr. Enid Slack is Director of the Institute on Municipal Finance and Governance, Munk School of Global Affairs and Public Policy at the University of Toronto. This talk will explore whether Covid-19 has led to fiscal crisis in Canadian cities. After Dr. Slack’s talk there will be a Q&A period.

National Day of Remembrance and Action to Stop Violence Against Women

In honour of National day of remembrance and action to stop violence against women, Central Neighbourhood House/Community partners are hosting an event entilted “Amplifying our voices in the year of COVID.” This event will explore the experiences of indigenous, black, and people of colour while providing tools and resources for resiliency and self-care.

This is the second rally held at the Tropicana Community Services head offices.

Discussions will cover demographic changes underway in Al Quds, house demolitions & evictions in East Jerusalem and Israeli settlers in Holy City, threats to Masjid Al-Asqa, Canadian policy regarding Palestine, and what is required from the international community at this time.

Challenges Ahead: The US Left and Labour After Trump

With the results of the presidential and congressional elections in the US, a series of questions have come to the fore for the North American left. How far – or how little – will Biden overturn the policies of Trump? What is the state of the socialist left, particularly the various groupings within and around the Democratic Socialists of America? What are the challenges and openings for building a base of socialists in the working class, and engaging electorally? Is there finally a new basis for the US labour movement to rebuild?

Join the Ontario Federation of Labour for its Inaugural “Day of Remembrance” Virtual Candlelight Vigil, on Sunday, December 6, to reflect, support and remember.

On December 6, 1989, 13 female students and a female administrator at l’École Polytechnique de Montréal were murdered because they were women. The shocking impact of their deaths led Parliament to designate December 6 as a national day of remembrance. Nearly 30 years later, the effects of this tragedy continue to be felt and women remain targets because of their gender.

The Future of Bolivia’s Lithium

The Bolivian highland salt flats region has been said to house some of the world’s most significant lithium resources. For over a decade, Evo Morales’ MAS government (Movement Towards Socialism, from the Spanish) tried to develop the Uyuni salt flats for lithium production, but was unable to bring any projects to industrial scale production. Since the political crisis in 2019, there has been much rumour, speculation, and media interest with respect to the current state and the future of Bolivia’s lithium industry. In October 2020, Bolivia re-elected the MAS to power with an explicit platform to industrialize the lithium industry, but with a new President, Vice-President, and cabinet. What are the political and economic questions that have surrounded lithium development in Bolivia? What is the future for Bolivia’s lithium industry with this new government? And what are the prospects for the industry which might benefit or hinder its development in a global context? These questions and more will be addressed during this panel.

Women and Students Are Leading Thailand’s Fight for Democracy 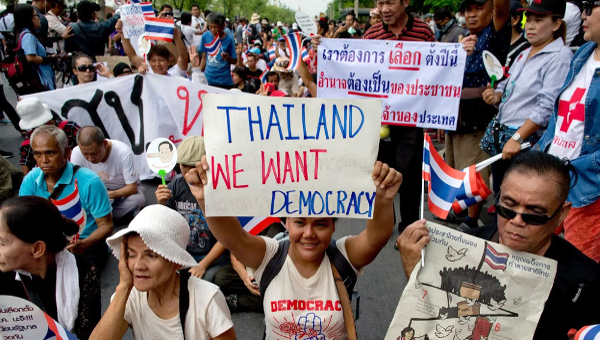 A mass movement for democracy has swept Thailand since July. Led by a new generation of students and workers, protests have taken place throughout the country. They are fighting for a profound transformation of Thai society. Thai socialist Giles Ji Ungpakorn is a former associate professor of politics at Chulalongkorn University, Bangkok. He was forced into exile in Britain, after being charged with lèse-majesté (insulting the monarchy) in late 2008 because of his book, A Coup For the Rich, which criticized the 2006 military coup. In this interview, Ungpakorn discusses the uprising and how activists across the world can build solidarity with the Thai struggle.

Justice and Dignity for All: Stories From the Struggle for Pay Equity 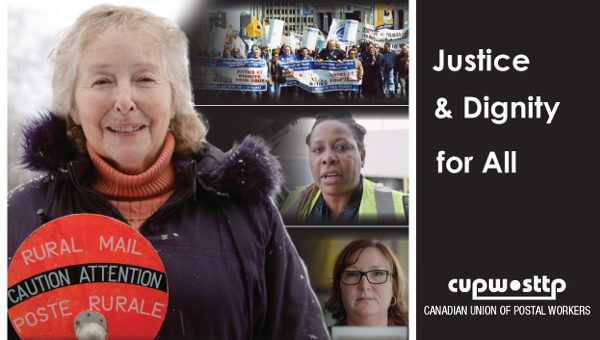 This gripping labour documentary takes 34 minutes to provide an inspiring account of 40 years of struggle by rural and suburban mail couriers in successfully winning the right to unionize, joining the Canadian Union of Postal Workers (CUPW) and finally gaining pay equity with their long-unionized urban counterparts. Comprised of at least 70 per cent women workers, the stories of these rural activist/organizers emerge from the background of many years of resistance by an employer that cynically used federal legislation declaring them “independent contractors” – and thus a “competitive advantage” – that denied them the right to unionize and earn a living wage.

If Unions Had Organized the South, Could Trump Have Been Avoided? 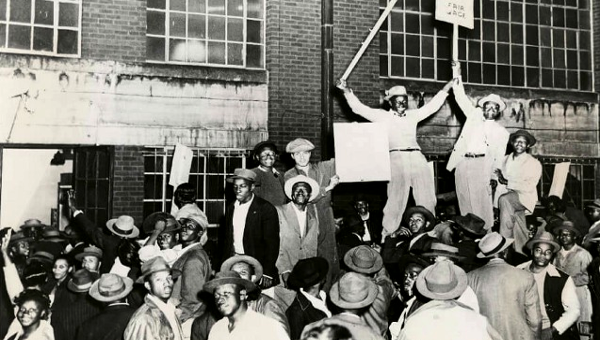 At a time when activists and commentators are puzzling over the United States’ enduring conservatism, Michael Goldfield’s new book The Southern Key: Class, Race, and Radicalism in the 1930s and 1940s (Oxford University Press, 2020) provides some perspective. Goldfield argues that the old question “Why no socialism in the US?” reduces to “Why no liberalism in the South?,” which itself is answered, in large part, by unions’ failure to organize the region in the early and middle twentieth century. The book consists of case-studies defending this thesis and exploring what went wrong and how things might have turned out differently. Chris Wright interviewed Goldfield in early November about his arguments and his thoughts on the labor movement today.

Sick and Tired of Virus Banalities 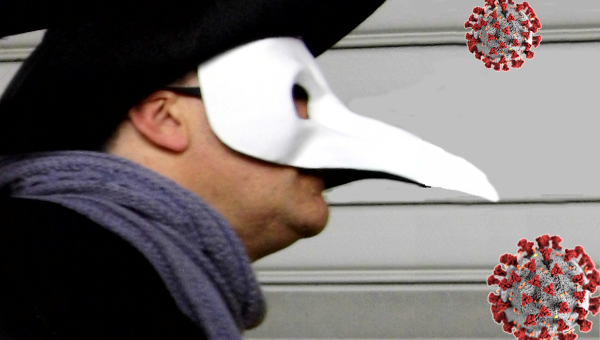 Everyone has seen those cheesy T-shirts which say, “My grandmother went to Tahiti and all I got was this lousy t-shirt.” One of our friends went to Venice and brought us back an attractive mask, one of those with a protruding beak. It hangs on a wall in our hallway. I pass by it many times every day, imprisoned as I am by the coronavirus. Each time I glance at it, I am reminded that life is not as it should be. The mask fuels my anger about the way we (by which I mean our governments) are dealing with this problem. The outcomes are way worse than they should be. 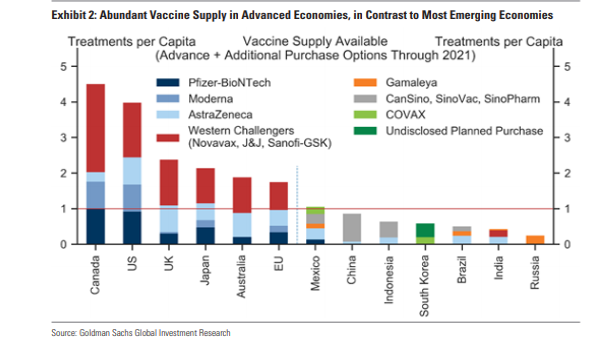 Before the COVID-19 pandemic engulfed the world, the big pharmaceutical companies did little investment in vaccines for global diseases and viruses. It was just not profitable. Of the 18 largest US pharmaceutical companies, 15 had totally abandoned the field. Heart medicines, addictive tranquilizers, and treatments for male impotence were profit leaders, not defences against hospital infections, emergent diseases, and traditional tropical killers. A universal vaccine for influenza – that is to say, a vaccine that targets the immutable parts of the virus’s surface proteins – has been a possibility for decades but never deemed profitable enough to be a priority. So, every year, we get vaccines that are only 50 per cent efficient.