Celebrate 150 Years of the Labour Movement in Toronto

Inspired to write poetry, create art, compose a song, or produce a play? What about a graphic novel or political cartoon? Celebrating workers, celebrating work is the theme of this contest.

Entries will be judged. We offer prizes, and winners and runners up will be highlighted at MayWorks 2022. All entries will be included on our website. Deadline is September 6, 2021.

Healing The Past Through Ceremony

Join Bent Arrow Traditional Healing Society on August 5th and 6th as we bring healing through ceremony to those affected by residential schools. The event will be broadcast on our Facebook page from 8:30-4:30. You are welcome to join at any time.

Who Owns the Internet?

Join us in a 2-part program hosted by Toronto Mesh: Who Owns the Internet and How to Reclaim the Internet. Participants will learn about the technical architecture and power dynamics of what we call the Internet. We will discuss issues around long-standing digital inequities and practices of data exploitation by Internet companies. From this, we will explore alternative practices and invite you to re-imagine and co-create community networks in our Toronto neighbourhoods. This program requires no technical background from the audience.

When: August 7th, 2pm
Where: Meet at Nathan Phillips Square

In our work with parents across this province, Parents of Black Children is seeing first hand how systems and institutions are harming our children without any accountability. We define this as ‘systems abuse‘. Systems abuse is the collusion of systems to protect each other amidst the harm of Black children. Children’s Aid Societies, for example, know the impact that ‘trite’ or malicious reporting has on Black families, yet does nothing to hold School Boards accountable for these reports. The education, child welfare, prison pipeline needs to STOP.

In this movement, we all need to show up and do our part for Black students who are simply asking for equity in education and a peaceful educational experience.

This is the 3rd of three programs on food and farming through a climate lens.

COVID safety protocols will be followed. Masks and hand sanitizers will be provided. Please stay home if you have any COVID symptoms.

We are hosting a vigil to honour those who have died while incarcerated and in support of prisoners’ rights. This event will be live streamed on our Facebook page.

How the Canada Revenue Agency Contributes to Palestinian Dispossession

Taxpayer subsidized donations are among the most important Canadian contribution to Palestinian dispossession and yet the subject is rarely discussed.
In 2018 registered Canadian charities sent over a quarter billion dollars to Israel and tens of millions of dollars are channeled to projects that support the Israeli military, explicitly racist institutions and West Bank settlements, which all contravene CRA regulations.

Recent protests in Cuba have generated debate on the international Left. What were the protests about and how should progressives make sense of them? What do the protests mean for debates about anti-imperialism, socialism, solidarity and internationalism? Join us for this important discussion with three Cuban leftist intellectuals and activists.

We Belong On Bloor

Join us for a COMMUNITY MEETING on extending the Bloor bikeways from Runnymede to The East Mall.

Toronto Community Bikeways Coalition is a community-based campaign group advocating for 100 km of bikeways to mirror the busiest TTC subway and bus routes. It was initially formed by a group of volunteers who believe Torontonians require safe alternative transportation options, particularly during this unprecedented time as our society grapples with the COVID-19 pandemic and the Climate Emergency. 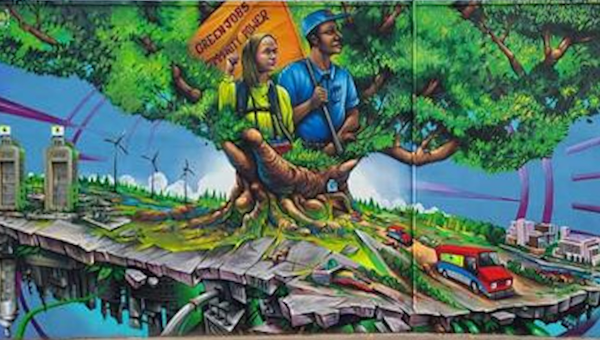 Green Jobs Oshawa, the Canadian Union of Postal Workers, Signs of Life, and the School for Climate have collaborated to bring a ‘Just Transitions’ themed mural to the heart of Oshawa, Ontario. The mural was created and brought to life by renowned muralist Bruno Smoky with the help and support of Chad Tyson. It represents a vision of what a just transition could look like in Oshawa. 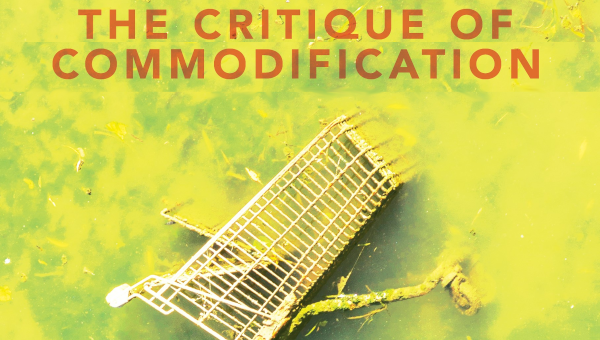 The critical analysis of commodification begins from the turning of every human need into a priced good sold in a capitalist market, notably the sale of certain goods such as kidneys or the dysfunctionality of certain markets such as healthcare. Commodification has profoundly negative effects including, for example, the exclusion of those who cannot pay, the marginalization of those whose collective purchasing power is not large enough, and the focus on highly profitable forms of production at the cost of more socially beneficial and ecologically sustainable forms of provision.

Thousands March to Demand Medicare for All 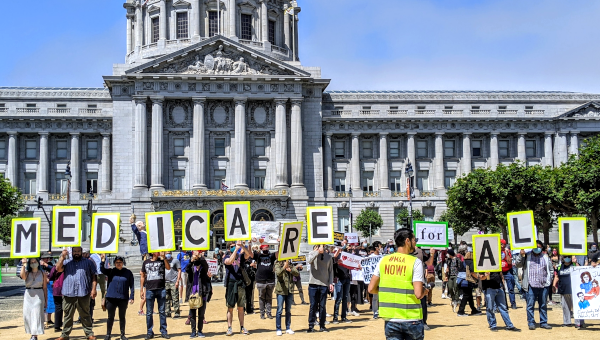 Activists in more than 50 cities across the United States marched and rallied on July 24 to demand a Medicare for All or single-payer healthcare system. With Congress and the White House more focused on passing an infrastructure bill, conducting an investigation into the January 6 Capitol riot, and reforming our immigration system, the issue of healthcare has once more been relegated to the back burner. There is nary a peep from most lawmakers on the fact that, even as the pandemic rages on, nearly 30 million Americans remain uninsured (as per the latest available data), and millions more are underinsured.

“Fatalities are Part of Life” in a Capitalist Climate Emergency 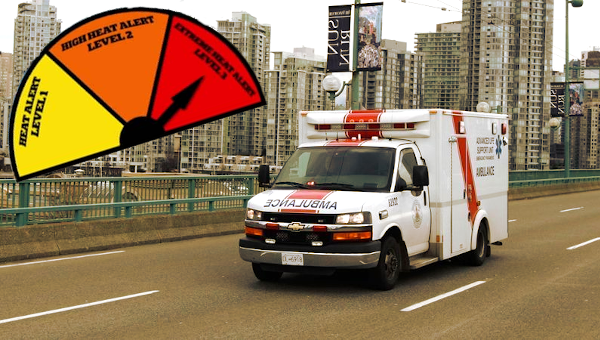 Avoidable deaths of capitalism. Lives ended prematurely through policy or the pursuit of profit. In his wide-ranging analysis of working class life in Victorian England, The Condition of the Working Class in England, Friedrich Engels makes use of a term from labour circles of the day – social murder – to name the processes by which the day-to-day dynamics of capitalism kill working class people. In his words, “the class which at present holds social and political control [capital, the bourgeoisie] places hundreds of proletarians in such a position that they inevitably meet a too early and an unnatural death.” Unlike the street crimes of the poor, which are severely punished by criminal justice systems, social murder is carried out by economic and political powerholders against the exploited. 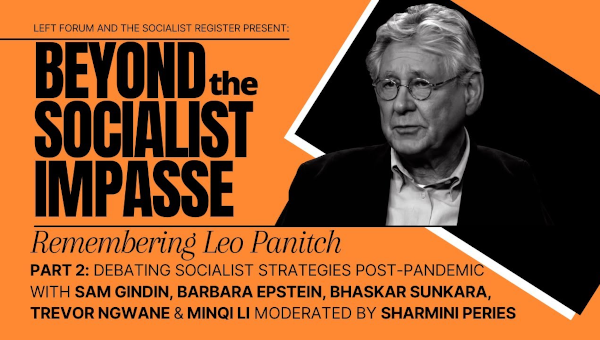