The neglect, underfunding and overcrowding of Ontario’s long-term-care facilities under the watch of numerous governments over many decades has been tragic.

Sadly, the situation has only worsened with the COVID-19 pandemic, which struck residents living in these facilities the hardest, resulting in thousands of needless deaths.

We are asking that you take a few minutes out of your day to help us deliver a clear and direct message to our federal, provincial and municipal political leaders: Enough is enough; immediate measurable action is required to address this crisis and save the lives of our vulnerable seniors and their caregivers.

Yakov M. Rabkin is Professor Emeritus of history at the University of Montreal where he taught since 1973. His areas of interest include the history of science, studies of modernization, and contemporary Jewish history. He has studied Judaism with rabbis in Montreal, Paris, and Jerusalem and was among the founders of the Independent Jewish Voices Canada.

Join us for our January Virtual Green Drinks, the first of 2021, where we will feature three incredible women who are Climate Leaders in their community. Each of them is working hard to effect change across the country.

As we slowly come out of the global pandemic that has gripped us for the last year, we must turn our attention towards the looming climate crisis. We increasingly see action on the local level from strong individuals who are standing up to be counted.

Geographies of Law and Accumulation in Mexico. Talk by Hepzibah Munoz Martinez.

In contrast to analyses that view systemic violence in Mexico as simply the result of drugs and criminality, a deviation of a well-functioning market economy and/or a failing and corrupt state, Muñoz Martínez argues in Uneven Landscapes of Violence that the nexus of criminality, illegality and violence is integral to neoliberal state formation. It was through this nexus that dispossession took place after 2000 in the form of forced displacement, extorsion and private appropriation of public funds along with widespread violence by state forces and criminal groups. The emphasis of the neoliberal agenda on the rule of law to protect private property and contracts further reshaped the boundaries between legality and illegality, concealing the criminal and violent origins of economic gain.

Lift the Blockade on Cuba Now!

How to Speak at a Government Committee

Decisions made at City Hall and the Toronto School Board affect lives across Toronto. Many of those decisions are made at committees where the public has an opportunity to speak. That’s why, one way to ensure representatives and the Mayor hear our concerns is by speaking at a committee.

Speaking at a committee is also known as making a deputation. Deputations are an opportunity for you to tell the Mayor, City Councillors, and TDSB Trustees your opinions and perspectives on issues they are considering.

The City of Toronto’s 2021 budget will be released on Jan 14th, with deputations on the 25th and 26th. You can speak in person or submit a letter. Many of the climate emergency initiatives have been stalled due to COVID-19, so it’s really important to raise our voices for this budget!

Learn how to give a deputation to Council, how to meet with your City Councillor, and how to write a letter to the editor. Register for this event and we will send you a link to our zoom event.

This interactive online training will be held on Zoom with TTCriders members. There will be time to practice and we will share an action toolkit with you after the online training.

The Threat of Nuclear Weapons with Noam Chomsky

Please join us in starting the year off by marking a momentous day in the struggle to abolish nuclear weapons with Noam Chomsky. As the Treaty on the Prohibition of Nuclear Weapons enters into force on January 22, join the world-renowned intellectual on “The Threat of Nuclear Weapons: Why Canada Should Sign the UN Nuclear Ban Treaty”. 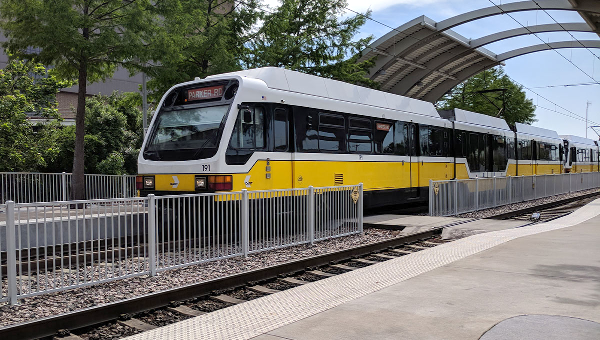 As the US confronts the twin crises of climate and the coronavirus, each disproportionately harming Black and brown Americans, it’s time for a reckoning over our failed federal transportation policies. To reduce greenhouse gas emissions in the necessary time frame outlined by scientists, we must make public transit a viable option for the majority of Americans. This will provide the greatest benefits to Black and brown riders, who have shouldered the burden of caring for our society throughout the pandemic, while continuing to take transit in large numbers. 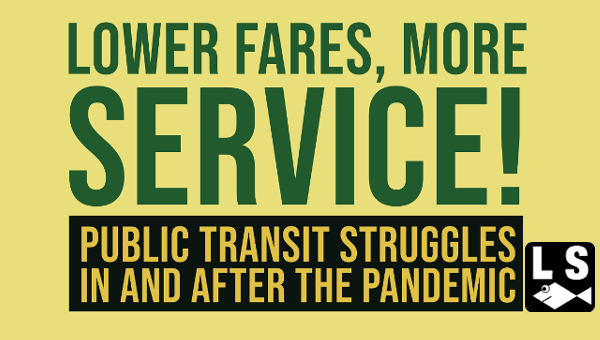 A second wave of the pandemic is raging across the country, and Toronto and other cities are again in lockdown. Austerity for social provisioning including public transit is high on the agenda for city governments across North America. In Toronto, both the city government and the Toronto Transit Commission are juggling much needed public transit expansion with budgetary restraints. We are at a crucial turning point for the public transit and ecology movements. What is the current state of the public transit movement? How is it engaging with the challenges of massive funding shortfalls, fares, overcrowding, bus lanes and regional integration? How can we get involved in the movement?

COVID-19 Crisis Situation In Ontario: Deadliest Day of the Pandemic 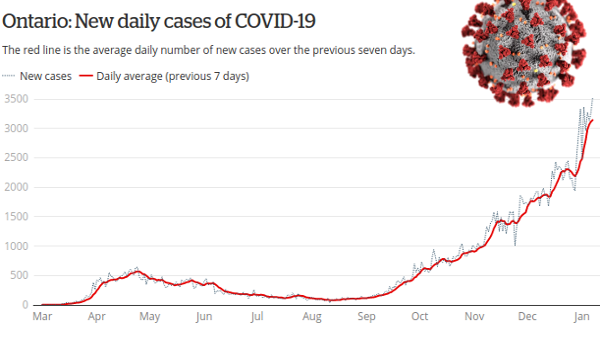 January 7th is the deadliest day of the pandemic so far, 89 people died in the last 24-hour period. By every measure the situation is critical, and there can be no question remaining that stronger measures are needed to control the devastation the virus is wreaking. At the same time, stronger supports for people who are the most impacted need to be an integral part of the strategy. 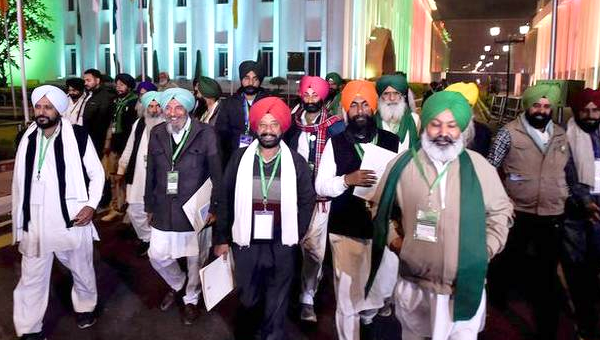 The unprecedented unity among peasant organizations is not a sudden development. It has been built over several struggles, which have expanded the base of the peasant movement and snowballed into the massive protests against the new farm laws. The talks between farmers’ organizations and the Union government over the controversial pieces of legislation governing agricultural marketing have reached a stalemate. 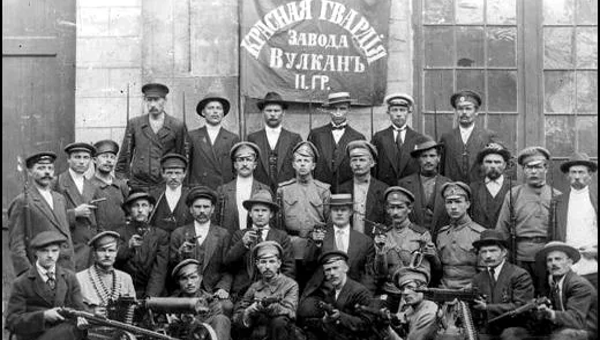 Parliaments and elections are no guarantee of democratic rights and fair treatment for working people. Capitalist forces displeased with an electoral outcome are all too likely to take direct action to impose their will, whether by financial manipulations, economic blockades, or military coups. Even apparently stable parliamentary regimes in dominant countries can be challenged in this way

The Toronto Vegetarian Association (TVA) is an inclusive, pro-vegan, non-profit organization that inspires people to choose a healthier, greener, more compassionate lifestyle through plant-based eating. The Executive Director (ED) of the organization will have overall operational responsibility for TVA’s staff, programs, expansion, and execution of its mission, including updating the organization’s name and branding. The ED reports to the Board of Directors and will work with the Board to develop and implement the organization’s strategic plan.

This is a full time (37.5 hours per week) position with a salary range of $72,000-$75,000 per year. Compensation also includes four weeks of vacation, and health and dental benefits. Employees may work virtually from home during the pandemic, as required.

The Labour Education Centre has received funding from the United Way of Greater Toronto Career Navigator program to augment existing funding from Toronto Employment and Social Services for our TradeLinx construction pre-apprentice program. We are looking for a Client Support Worker to develop a social-supports team in order to deliver 3 cohorts of 12 participants for an annual 12-week program.