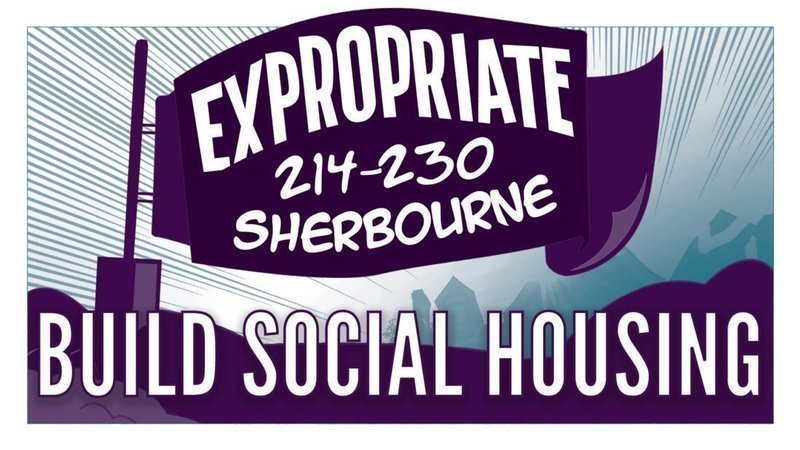 Located at the southwest corner of Dundas and Sherbourne, the 214-230 Sherbourne St. lots are seven adjacent vacant properties. For 50 years, large houses on these lots provided rooming houses for poor people. But 10 years ago the owners demolished two of those houses and left the third one abandoned. For a decade now, homeless people just outside its doorstep have suffered the harsh realities of living on the streets while watching the properties lie empty.

The City of Toronto’s shelter system remains full and nearly a thousand people are trying to survive outdoors. The downtown east has been severely hit by the housing crisis – compounded by the overdose crisis and now the COVID-19 pandemic. We are in a dire situation that demands rapid and dramatic action. In 1985, when 41 year-old Drina Joubert froze to death in a pick-up truck behind these very properties, people successfully mobilized to build over 3000 units of subsidized housing, including 61 units at Dundas and Sherbourne.

The reordering of the workforce during the neoliberal decades has hugely increased the scale of low-wage precarious work, and the present pandemic-induced economic crisis is likely to pose even greater challenges for workers and their unions. The dislocation posed by worsening climate change will create further enormous difficulties. Speakers will explore the present situation, look at how workers are organizing in the face of it and present their views on new approaches and directions the labour movement must take in this changed reality.

Isela González of the Sierra Madre Alliance and Neftalí Reyes Méndez of Educa Oaxaca will be speaking on the struggle for Indigenous rights and the impacts of Canadian mining on Indigenous communities in Chihuahua and Oaxaca.

Our next webinar will be on #migrants and pensions, featuring community legal worker Teresa Williams from Northumberland Community Legal Clinic.

What’s next for women and the economy?

Women have been frontlined and sidelined by the pandemic – in their roles as primary caregivers and care workers and the majority of workers in sectors hardest hit by ongoing economic shutdowns. The celebration of International Women’s Day affords an opportunity to take stock of the fallout of the pandemic and its impacts on marginalized communities. The federal government has promised an Action Plan for Women in the Economy. Will it deliver?

Join the CCPA’s Katherine Scott and Anjum Sultana from YWCA Canada for a discussion of the economic crisis, the Canadian response to date, and what we can expect in the upcoming federal budget.

“My bus was 30 minutes late…. I walked 3km to save money for breakfast….” Transit riders have many stories to share with us. But how can we make sure that everyone’s voice is heard?

That is why TTCriders is organizing Transit Story Circles to hear the diverse experience of our transit riders – you can host a transit story circle with transit riders , be it one-on-one or a group of 4 people, 10 people, or whatever number you can manage.

Stand with Africa – Vaccines for All

Join us on Sunday 14th March for an Online Global Assembly: Stand with Africa – Vaccines for All. Healthcare and frontline workers of the world unite.

Big Tech Monopolies and the State

As the effects of the coronavirus pandemic swept through the global economy, the average observer could have been forgiven for missing a critical piece of news: by May 2020, the combined market capitalization of the four largest US tech companies reached one fifth of the entire S&P 500. Four companies – Microsoft, Apple, Amazon and Facebook – now account for 20 per cent of the combined value of the 500 largest US corporations – an unparalleled level of market concentration. Forty years ago, these corporate entities were either just beyond being plucky start-ups or did not even exist. Monopolistic tendencies are not limited to the tech sector. In 1975, the largest 100 US companies accounted for nearly half of the earnings of all publicly listed companies; by 2015, their share reached 84 per cent.

The most propitious time for these firms to access such investment was in the wake of a crisis that had depressed returns and when investors were desperately seeking out the next big thing. For the tech companies, this meant either the tech crisis of the early 2000s, when Google launched its IPO, or the financial crisis of 2008, when companies such as Facebook and Twitter went public. The cheap capital – in part, a result of unorthodox monetary policy – swashing around the global economy in the wake of a financial crisis that had depressed returns everywhere provided the perfect conditions for these plucky tech companies to become the behemoths that we know today.

Grace Blakeley is a staff writer at Tribune and author of Stolen: How to Save the World from Financialization.

All events are sliding scale. No one is denied admission for inability to pay. If you are unable to pay and would like to attend the event, please write to info@marxedproject.org and a link with the URL will be sent to you for the link by which to join in for this event. marxedproject.org

The Theory and Practice of Workers’ Voice in Canada

Join Jim Stanford of the Centre for Future Work in launching new research on why workers need an organized voice at work — and why the whole economy works better when they have it.

This is the latest report from PowerShare, a project led by the Centre for Future Work with support from the Canadian Centre for Policy Alternatives and the Atkinson Foundation.

Canadians4LTC will be hosting a town hall virtual meeting, which will be live streamed on YouTube and Facebook @Canadians4LTC.

Media is invited to attend the live virtual events held by zoom. There will be 15 minutes at the end of each town hall for a media Q&A.

Basic Income: Does it Take Us Closer to a Just Society?

The impact of the pandemic and the high levels of economic dislocation it has brought with it has considerably sharpened the ongoing debate on whether basic income offers a way of reducing poverty and ensuring a decent and secure income is available to everyone in society. Many see this policy approach as a progressive measure that can move us towards those important goals, while others suggest that it would fail to deliver such improvements while furthering the agenda of austerity and privatization. Both of these perspectives will be presented and discussed on this panel.

US and Canadian Labour: A Comparison


Join us for a discussion of the similarities and differences between unions of both nations, and how each can learn from history to strengthen worker power. 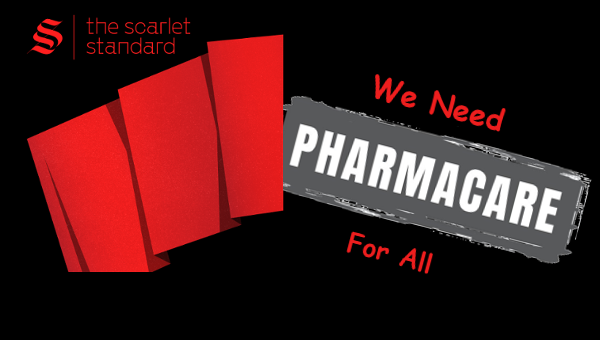 In this episode we discuss the failure of Bill C-213 to pass its Second Reading in the House of Commons. C-213 (a Private Member’s Bill from NDP MP Peter Julian) would have started the process of creating a national pharmacare program in Canada. We dive into the structure of the bill, arguments that it was ‘unconstitutional’, our hopes for and disappointments with the NDP, and (of course) how vile King Shill Adam Vaughan really is.

Source: The Scarlet Standard Episode No. 11 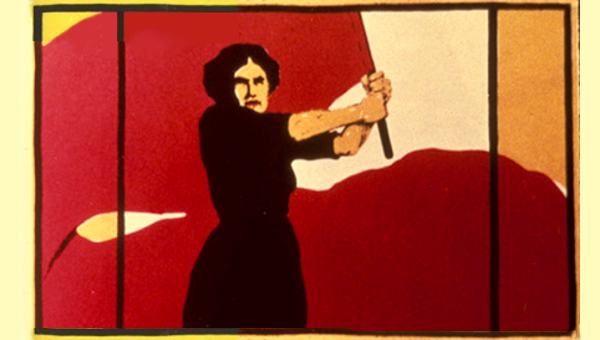 Women’s Day or Working Women’s Day is a day of international solidarity, and a day for reviewing the strength and organization of proletarian women. But this is not a special day for women alone. The 8th of March is a historic and memorable day for the workers and peasants, for all the Russian workers and for the workers of the whole world. In 1917, on this day, the great February revolution broke out. It was the working women of Petersburg who began this revolution; it was they who first decided to raise the banner of opposition to the Tsar and his associates. And so, working women’s day is a double celebration for us.

Beyond McFeminism: The Socialist Origins of IWD in Canada 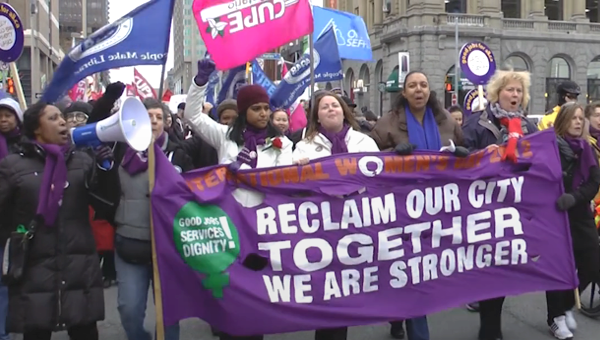 When a California McDonald’s marked International Women’s Day (IWD) in 2018 by inverting its big M to a W, some happy meal consumers tweeted that it should stick to hamburgers not political correctness, but the media also zeroed in on the rank hypocrisy of a corporation that did not pay a living wage or provide healthcare to its precarious, racialized, female workforce. “McFeminist” initiatives by the private and the non-profit sectors to cash in on international women’s day, a time to “celebrate that special woman in your life,” as one hospital fund raiser put it this year, are routine.

What’s In a Name-Change? 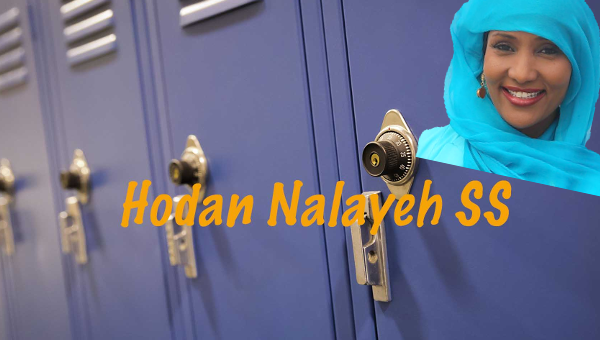 Shernett Martin says her latest impetus for activism came with the murder of George Floyd, who died last May with the knee of a Minneapolis police officer on his neck. Her group, now called African-Canadian National Coalition Against Hate, Oppression and Racism (ANCHOR), joined in support of Black Lives Matter, participating in six marches in as many months. One march, at the York Region District School Board (YRDSB), was held to push that Board for more support in de-streaming Black students and others from different backgrounds, kids who all too often wind up in lower-level high school programmes.

Republican Theocracy or the End of Neoliberalism? 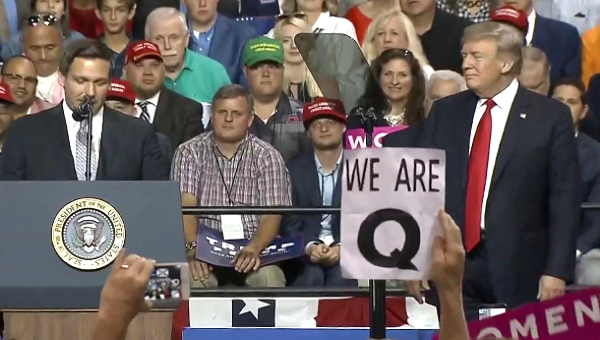 Marjorie Taylor Greene is the newly elected member of the US House of Representatives from Georgia and QAnon believer. As the QAnon story goes Jewish Space lasers are responsible for 2018 California Camp wildfire; Democrats are running a massive ring devoted to the abduction, trafficking, torture, sexual abuse and cannibalization of children, with the purpose of fulfilling the rituals of their Satanic faith; Tom Hanks and Bill Gates drink the blood of babies; the massacre of children at Sandy Hook Elementary School never happened; that Joe Biden is a Communist Chinese agent; and that invading the Capitol would trigger the “The Storm” where “Emperor Trump’s” enemies would be executed, Democrats and Republicans alike.