Dental care must be universal

The Liberals and the NDP have promised to deliver dental care by the end of the year for low-income communities as one of the conditions of their Supply and Confidence Agreement (SACA).

Advocates and medical experts agree that preventative and universal healthcare is a more effective system and is better for everyone. By ensuring everyone can get the dental care they need before it leads to worse health problems, our entire health care system would be stronger.

How to Make Gig Work, Work for You

A student bike courier was recently awarded an additional $1000 in wages for hours he had worked. Gig workers are regularly underpaid for all the hours they work. Hear what happened, and what you can do to protect yourself, from the student bike courier, a gig worker organizer, and a lawyer. Get ideas, advice & networks to make gig work better.

Disarm, Defund, Dismantle: Police Abolition in Canada is the first collection in so-called Canada about the #DefundThePolice movement since it was popularized in 2020.

Tune into the free launch event to learn more about the multi-faceted politics of police abolition in Canada. We’ll touch on abolition as a response to settler colonialism and as integral to Indigenous sovereignty, as a response to anti-Black racism in the context of Black revolt today, as part of the struggle for sex worker safety, as a movement against migrant detention, as critical to harm reduction, and more.

Off the Hill live

Off the Hill is a fast-paced live panel on current issues of national significance. It features guests and a discussion you won’t find anywhere else, centered on the impact politics and policy have on people, and on ways to mobilize to bring about progressive change in national politics — on and off the hill.

On August 16, 1934, a riot broke out in Christie Pitts between Nazi supporters and members of Toronto’s Jewish community and their supporters. Three novelists and a graphic artist produced books looking at the background, events and characters associated with the event. Join us for a lively and fun discussion with the authors.

The authors and their books:
– Genevieve Graham: Letters Across the Sea
– Steven Hayward: The Secret Mitzvah of Lucio Burke
– Josh Rosen: The Good Fight
– Aren X Tulchinsky: The Five Books of Moses Lapinsky

Exploring the Field of Labor Studies

This program will feature two suest speakers from Canada – Stephanie Ross and Cindy Hanson. Hosted by University of Illinois’s series on Critical Interventions in Labor Studies.

Animal Liberation Currents and Verso Books, in cooperation with Canadian Dimension, present the book launch for Half Earth Socialism.

In their new book, Troy Vettese and Drew Pendergras have asked “the hard questions about politics in an age of ecological collapse: How does socialist democracy work? What does a truly environmentally stable society look like? How could an eco-socialist coalition take power?”

The case for the enduring relevance of the incarnation of Hitchens is made in Christopher Hitchens: What He Got Right, How He Went Wrong, and Why He Still Matters. The author, Ben Burgis, is a columnist for Jacobin magazine and host of “Give Them an Argument”, a politics show on YouTube.

Social Housing for All 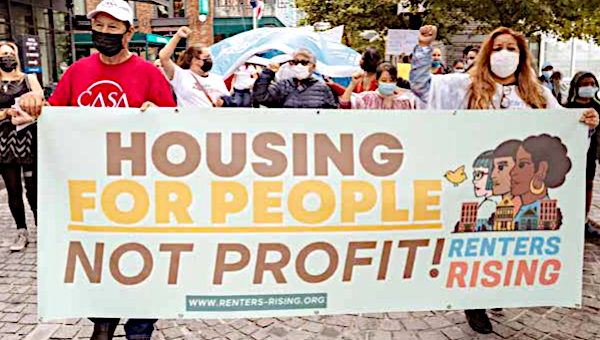 Is housing a human right? Or is it a privilege affordable only to those who have made it under our unfair system of market capitalism? If you read CNBC’s recent financial advice column, you may come away believing the latter to be true. Economist and CNBC contributor Laurence J. Kotlikoff said Americans “are wasting too much money on housing,” and in order to be more financially savvy about housing he offered such innovative ideas as moving in with one’s parents, renting out part of one’s home to visitors through Airbnb, selling one’s home altogether in favor of a smaller, cheaper one, or – and this is my favorite – moving to a cheaper state.

Social Commons and the Housing Crisis 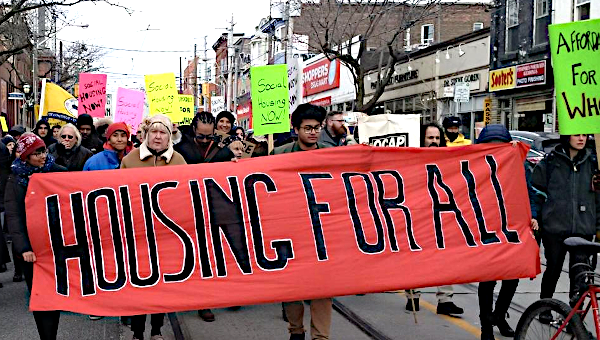 The Greater Toronto-Hamilton Area (GTHA) is in the midst of an unprecedented housing crisis. It’s not simply a matter of insufficient supply, but rather a deficit of affordable housing for renters and purchasers. The Doug Ford government’s document A Place to Grow: Growth plan for the Greater Golden Horseshoe defines affordable housing, whether renting or buying, as accommodation that costs no more than 30 per cent of the gross annual household income for low and moderate households. 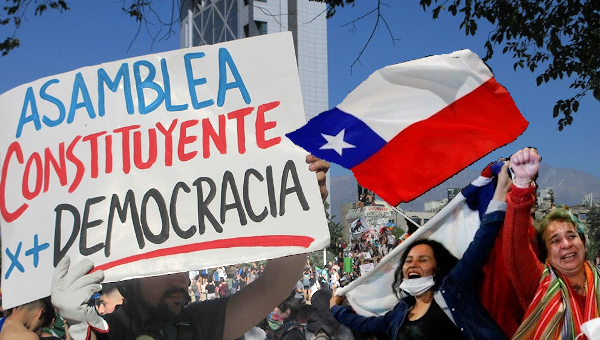 On March 13, 2022, two days after Gabriel Boric was sworn in as the president of Chile, Minister General Secretariat of Government Camila Vallejo told 24 Horas during an interview that her duty is “to accompany and support the constitutional process,” when asked about the government’s priorities during 2022. These two processes – the formation of Boric’s government and the writing of a new constitution – run parallel to one another and are important to the shaping of a “new Chile.” 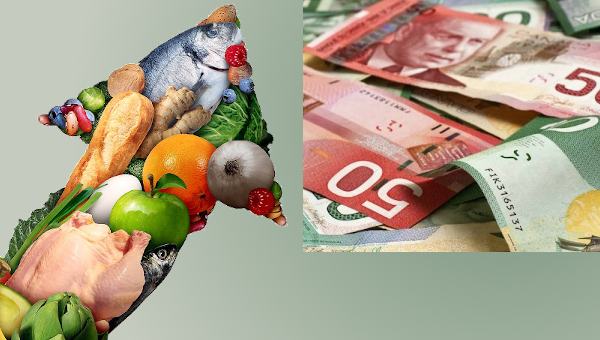 As we purportedly emerge from the pandemic, one of the immediate challenges that confronts us is a global cost of living crisis. There has been a sharp round of inflation which, even if we optimistically imagine it will be rapidly contained, has already had a very serious impact on the living standards of masses of people. As the Food and Agriculture Organization (FAO) reports, global food prices reached an all-time high in February. They have risen by an astounding 24.1 percent over the last year and by nearly four percent in the last month. This is an absolutely devastating development for people in poor countries, where the effects of pandemic-induced “economic scarring” are already having a terrible impact. Even those of us in the richest countries, however, are facing a grim reckoning.

The Hard Right and the Political Parties of Capital 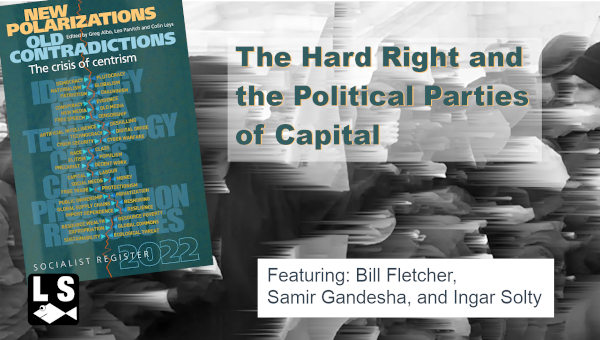 Start date: As soon as possible, as determined with the successful candidate
Salary range: $51,312 to $63,306 based on prior experience (plus 10% in lieu of benefits)
Submit cover letter and resume by email to info@decentworkandhealth.org by May 1, 2022.