In 2021, the federal government announced it would spend $30-billion over the next five years to reduce parent fees dramatically and significantly increase the number of licensed programs.

The main obstacle to expanding licensed child care is a shortage of early childhood educators and other child care staff. It’s a problem that governments must fix urgently: better pay means better quality and better access.

Child Care Now will be submitting your e-signature, with thousands of others, to elected officials to demand better pay, better quality, and better access.

Despite on-going efforts, biodiversity is deteriorating worldwide and this decline is projected to worsen with business-as-usual scenarios. The UN Biodiversity Conference will convene governments from around the world to agree to a new set of goals for nature over the next decade through the Convention on Biological Diversity post-2020 framework process. The framework sets out an ambitious plan to implement broad-based action to bring about a transformation in society’s relationship with biodiversity and to ensure that, by 2050, the shared vision of living in harmony with nature is fulfilled.

The Conference will also look at the implementation of the protocols of the Convention on Biological Diversity (CBD) that deal with the fair and equitable sharing of benefits from the use of nature, and the safe transport, handling and labelling of Living Modified Organisms.

Join the Hub Organizing Committee for our first IN-PERSON Town Hall, where we will be sharing updates about the JFCHCA’s development!

WTF is Going on in Latin America

Every year on the International Day to End Violence Against Sex Workers, Maggie’s Toronto stands up to mourn the lives of those we have lost, demand justice for the sex worker community, and push for the decriminalization of sex work and an end to the systemic violence and abuse that sex workers across the world are facing.

After the memorial, they will be turning up the music and celebrating sex worker resilience, beauty, and pride!! DJ Blackcat will be our DJ for the evening and there will be sexy performances from Mz. Lady Ice and Kage Wolfe.

This event is open to sex workers, allies, friends, family, and partners in community. Free admission and goes till 2am.

Join Corner Commons volunteer and local artist Terryl Knox on December 17th for a photography workshop and on the 18th for an editing workshop! These workshops will be in-person and also made available online. There is a limit of 4 participants for the in-person workshops. We will notify you to confirm your spot! 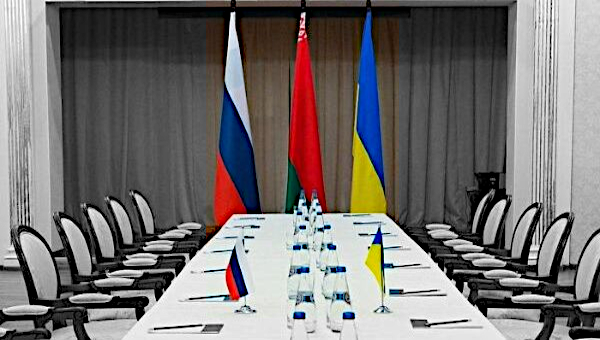 The complex nature of the war in Ukraine, and especially of the question of the relative responsibility of the different parties, has made difficult the mobilization of a powerful antiwar movement. A part of the left even opposes an immediate ceasefire and the resumption of negotiations, which were cut short abruptly at the end of March. The object of this article is to shed additional light on the war with a view to helping the opponents of imperialism to adopt an enlightened position.

Canada’s Indo-Pacific Strategy: From UN Peacekeeper to US Sentinel State 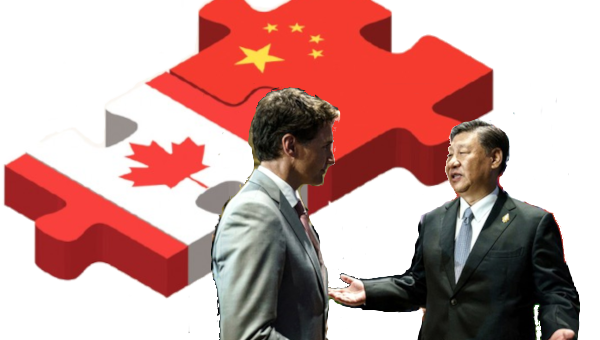 By John Price with Noam Chomsky

In a recent article in the Ottawa Hill-Times, journalist David Crane asked an important question: “Is Canada trying to match or outdo American hostility to China?” Canada’s Indo-Pacific Strategy (CIPS), announced in Vancouver recently by Liberal foreign affairs minister Mélanie Joly and other ministers, answers that question unequivocally: “China is an increasingly disruptive global power” begins the CIPS assessment of China. True enough if taken in isolation. Insidious, however, in the way it is used in this report.

Why Workers Are Up in Arms Over the Rail Strike Intervention 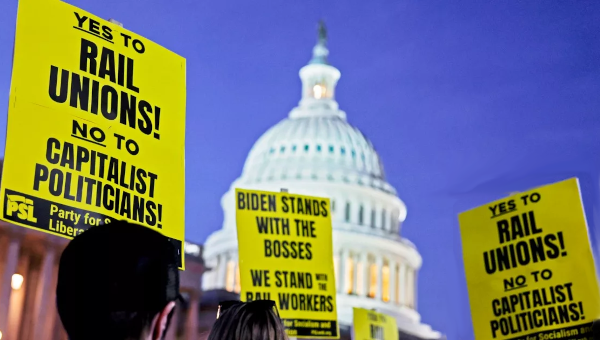 The United States Senate acted in a show of rare unity recently in voting 80 to 15 to pass a bill forcing rail workers to accept their employers’ contract offer without a strike. There was no such unity to pass an amendment introduced by Senator Bernie Sanders (Independent, Vermont) that would have given rail workers seven paid sick leave days. That bill did not pass even though 52 senators voted for it, as it failed the requisite 60-vote threshold.

Education Workers Lead But Come Up Short: What Lessons for Labour? 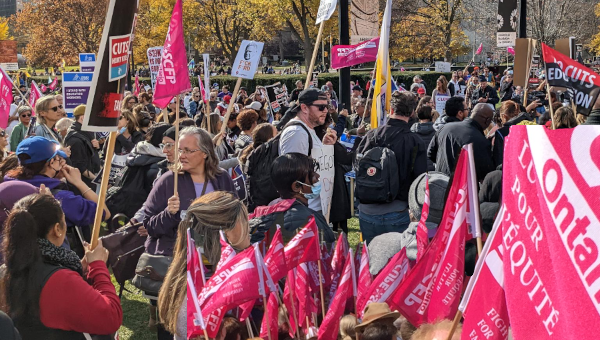 Education Workers lead but come up short: What lessons for labour? In early November of this year an all-too familiar story seemed to be unfolding in Ontario. In this case, the 55,000 education support staff workers who are members of CUPE (Canadian Union of Public Employees), Canada’s largest union, were approaching a deadline. The government negotiators had presented their final offer. Workers were about to exercise their right to withdraw their labour. It could be assumed that the the Ontario Conservative government led by Doug Ford would do what other governments before it had repeatedly done: pass legislation to end the strike in the name of the ‘public interest’.

Capitalism Against Labour: Can We Re-Invent Work? 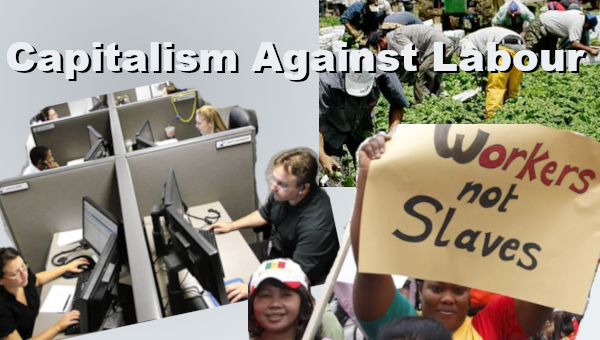 Mike Yates is a long time Marxist, socialist writer and analyst, and one of the editors of Monthly Review. Over the years he has written extensively about capitalism but particularly on the working class, its life, potential, and role in transforming society. His latest book, Work Work Work: Labor, Alienation, and Class Struggle (New York: Monthly Review Press, 2022), gathers a series of his essays and articles dealing with various aspects of work, the working classes, its institutions, its contradictions and potentials, and the broader social relations that form work under capitalism.

Fernwood is an independent Canadian publisher with radically left political views. For thirty years we have sought social transformation through publishing books of non-fiction and fiction for general public, academic, and scholarly readers.

The ideal person for this position will have strong organizational and time management skills with an ability to prioritize work; proficiency with Microsoft Office, Filemaker Pro and QuickBooks Online; interest in social justice publishing; effective communication skills as well as the ability to work independently and in a collaborative work environment as part of the Fernwood team. This job involves lifting and moving boxes of books.

This is a full-time parental leave contract. The salary is $55,000 and includes health benefits. The start date is February 1, 2023. This is an in-office position located in Kjipuktuk (Halifax). We encourage and actively seek applications from BIPOC communities.

Please send your resume and cover letter as a single PDF file to scotia@fernpub.ca by January 5, 2023.