But we are giving him a chance to win us back. The Mayor must fund more transit service, lower fares, and N-95 mask distribution when he votes on the City Budget on February 17, 2022.

Labour journalist and author Sarah Jaffe hosts a virtual forum on organizing in the media and cultural sectors, featuring worker-organizers from Canadaland Union, The New Yorker Union, The HuffPost Union, and the Brooklyn Academy of Music.

Phone Zap! Ontario is in crisis

Our province is facing its worst public health crisis since the COVID-19 pandemic began almost two years ago. Health care providers are describing it as a “full-blown emergency.” Schools aren’t equipped to protect students and education workers. Most Ontarians still don’t have access to paid sick days.

Join the phone zap to demand action from the Ford government now!

The program is designed and moderated by Canadian university students, with technical advice from activists in Science for Peace and Canadian Voice of Women for Peace. Addressed are the humanitarian implications of focusing defense policy on nuclear weapons and the strategy of abolition via the Treaty on the Prohibition of Nuclear Weapons.

– ELIZABETH MAY served as leader of the Green Party and is currently a Member of Parliament. As an environmentalist, writer, activist, and lawyer, May advocates for social justice, the environment, and human rights.

– RAY ACHESON is an author and advocate for the abolition of nuclear weapons. The author of Banning the Bomb, Smashing the Patriarchy, Acheson is a leader in the International Campaign to Abolish Nuclear Weapons, which was awarded the Nobel Peace Prize in 2017 for its work in pressing for the Treaty on the Prohibition of Nuclear Weapons.

January 23 marks the third anniversary since Juan Guaidó declared himself president. The Canadian Foreign Policy Institute will be hosting a discussion about the Liberal’s failed bid to replace the elected government of Venezuela.

On January 23, a little-known Venezuelan politician declared himself president during an outdoor rally in Caracas. The US and Canada immediately recognized Juan Guaidó. Three-years later will the Liberals stop recognizing Guaidó? Lay the Lima Group to rest? Remove their sanctions on Venezuela?

Writing for The Breach in June 2021, Martin Lukacs reported on Canada’s creation of a global network of contingency bases. In referring to Canada as a “contingency base” nested in historical and contemporary practices of state and military violence, this session provides a chance to unpack Canada as a staging point for settler colonialism and global capitalism. Using and working with the frame of the contingency base, we interrogate Canadian military affairs in relation to infrastructures of war-making, military operations, and the political economy of war.

Join us for a special movie night with a screening of the only Canadian movie ever made about a union organizing drive. Directed by Allan King, Maria tells the story of immigrant women in Toronto’s textile industry. The movie night will be screened virtually via Zoom, and the feature presentation will be followed by a speakers panel with screenplay writer Rick Salutin.

Members of ACORN all over the City have been fighting for Healthy Homes for tenants for decades! Tenants have to live with pest issues, work orders being ignored, broken appliances, molds, broken washrooms, ceiling walls falling off and more. Landlords are getting away with not doing repairs. Enough is enough! Every tenant deserves a Healthy Home!
Join us, as we fight for Healthy Homes!

The gig economy is coming for you

In December 2021, Doug Ford’s hand-picked Ontario Workforce Recovery Advisory Committee made a series of recommendations that opens the door to the “gigification” of the entire economy: making it easier for employers to misclassify workers as “independent contractors” and exclude them from Ontario’s minimum labour standards.

But gig workers are already fighting back, and we need the rest of the labour movement to join them. All our jobs are at risk, unless we stand up for decent work for every single one of us.

Featured speaker is Veena Dubal, a professor at the University of California, Hastings College of the Law who is part of the movement to regulate gig economy giants in the United States.

Every tenant in Toronto knows that rents are out of control. While our wages, pensions and support payments stay the same, landlords are taking a bigger and bigger chunk of our income to feed record-breaking profits. Tenants know that if we lose our home, or want to move, the cost of a new apartment could drive us out of our neighbourhoods and possibly our city. Even if we live in a rent-controlled unit, we know that landlords will neglect repairs, claim to move their children into units, or lie about renovations, so that they can push us out and raise the rent.

In this new Organizing for Power series, we look at successful organizing drives and, in conversation with the workers and organizers who led them, get to the heart of what made these campaigns work.

In this pilot episode, we meet with workers from the Charité and Vivantes hospital systems in Berlin, Germany, who recently won an incredible victory in a contract campaign with their union ver.di. 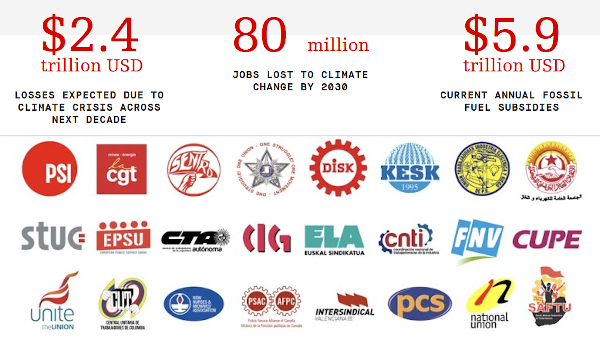 Focusing mainly on the power sector, the Program is an attempt to rally the international trade union movement behind an ambitious political effort to bring about a fundamental shift in climate and energy policy. This shift is needed both to correct the failures of the market model and to ensure that the energy transition is socially just, economically viable, and effective in terms of reaching climate goals.

What Future for Progressive Politics in South Korea? 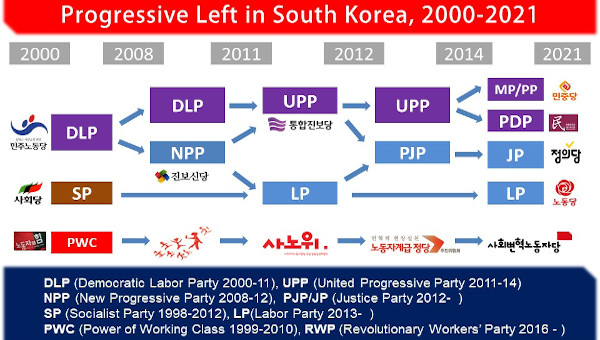 With 2022 beginning, South Korea’s left remains extremely divided and politically fragmented. In terms of institutional politics, the only left-wing party in parliament is Shim Sang-jung’s Justice Party (JP), nominally the third party in parliament with just 6 seats out of 295. Unfortunately, JP is the exclusive representative of progressive politics in South Korea’s parliament. Moreover, and in spite of its moderate position, it is evident that JP’s links with labour and popular movements are quite thin and fragile. Some Korean Confederation of Trade Unions (KCTU) unionists are party members, but most labour and social movement leaders and activists do not belong to JP.

A Falling Rate of Learning? Commodification and Neoliberal Education 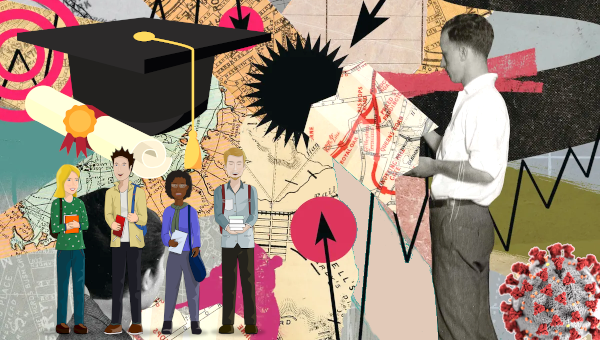 Under neoliberal capitalism, the commodification of education has accelerated. Before the establishment of the current accumulation regime, the educational sector was predominantly controlled by an interventionist state, committed to countercyclical macroeconomic management. The labour process of teaching within a state-owned domain followed the general pattern of any other production process. According to Michael Heinrich, such a general form – which is independent of any social determinations – comprises a distinction “among functional activity (labour), the object of labour (which is modified by labour), and the means of labour (the tools with which this process of modification is made possible) as elements of the labour process.” 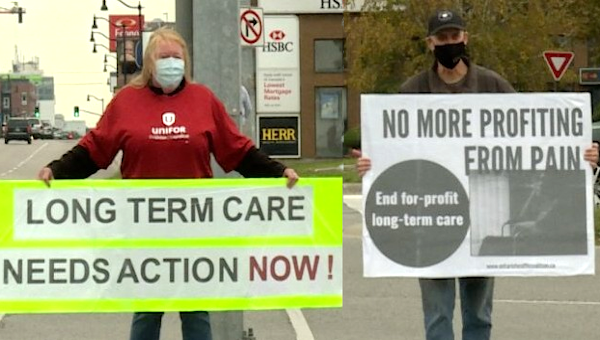 The Ontario Health Coalition issued a statement on January 13 demanding that the Ford government explain what it is going to do about the spiralling crisis in Ontario’s long-term care homes and hospitals, and answer for their lack of preparedness. “The failures at this point in the pandemic are inexcusable,” said Natalie Mehra, executive director of the Ontario Health Coalition. 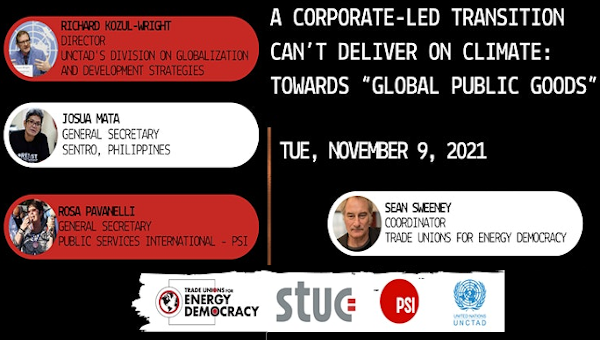 COP26 convened at a time when vastly different visions of climate transition compete for supremacy. Large corporations around the World Economic Forum (WEF) are promoting a “Great Reset” where “stakeholder” capitalism replaces “shareholder” capitalism and are calling for a “resilient energy transition” that “delivers inclusive growth and long-term prosperity.” Larry Fink of BlackRock backs the idea and says he has a public-private climate finance strategy to fund the transition, which on closer inspection asks taxpayers to assume the risks while bankers and speculators take the profits.