On July 21, 2022, Ontario’s three temporary paid sick days were extended to March 31, 2023. The Worker Income Protection Benefit (WIPB) is inadequate and far from what workers need.

We are now in a seventh wave of COVID-19. We have seen the consequences of workers being denied paid sick days in the earlier waves of the pandemic and we cannot repeat the same mistakes.

If this government is serious about working for workers, then they must immediately legislate 10 permanent employer-paid sick days. We can’t afford more temporary measures. We need permanent solutions to prevent future pandemics.

OPSEU Local 546-TSSA is fighting for a safer Ontario!

Checkout the picket schedule at opseu.org.

Meet the women who overcame persecution and prejudice in their fight for opportunity and justice in 19th- and 20th-century Toronto. From the former site of the Mercer Reformatory, the first women’s prison in Canada, we’ll explore the area’s long-lost factories, immigration centres and rooming houses to uncover the stories of the women who lived and worked here.

The Emancipation Day “Underground Freedom Train” Ride is symbolic of the role of the Underground Railroad within Canada’s history. This train ride is a recognition of the historic date of Emancipation Day on August 1st when slavery was abolished in the British Empire. It is also a celebration of the power and potential of the peoples of African descent.

The Emancipation Day “Underground Freedom Train” Ride is open to the public and may include poetry readings, musical entertainment, networking, and special activities. The route travels along the TTC subway from Union Station to Sheppard West Station. Easy access for departure at the end of the train ride.

Join the TTCriders book club! We will read and discuss two recent reports about public transit, safety issues, and women’s transit needs. You should attend even if you have not completed the reading.

Film screening: The Day After

The Day After is an American post-apocalyptic film that first aired on November 20, 1983, on the ABC television network. A record-setting 100 million people watched it in the US – and 200 million on Russian TV during its initial broadcast.

The film postulates a fictional war between NATO forces and the Warsaw Pact countries over Germany that rapidly escalates into a full-scale nuclear exchange between the United States and the Soviet Union. The action focuses on the residents of Lawrence, Kansas, and Kansas City, Missouri, and of several family farms near nuclear missile silos.

How the Left Builds Power All Wrong 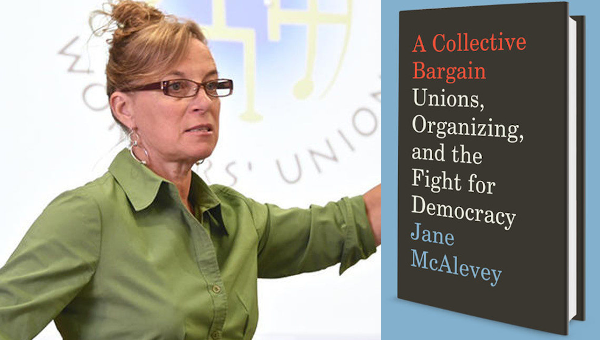 Jane McAlevey has organized thousands of workers on the front lines of North America’s labor movement. She is also a senior policy fellow at UC Berkeley’s Labor Center and the author of three books on organizing, including, most recently, A Collective Bargain: Unions, Organizing, and the Fight for Democracy. McAlevey doesn’t pull her punches. She thinks the left builds political power all wrong. She thinks people are constantly mistaking “mobilizing” for “organizing,” and that social media has taught a generation of young activists the worst possible lessons. 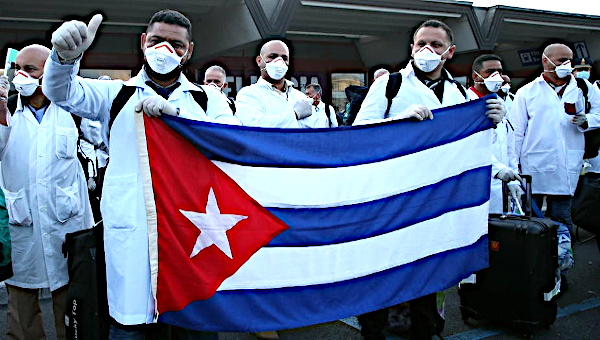 The United States maintains a list of countries that it considers as “state sponsors of terrorism.” There are currently four countries on that list: Cuba, North Korea, Iran and Syria. The basic idea behind this list is that the US State Department determines that these countries have “provided support for acts of international terrorism.” Evidence about those “acts” are not provided by the US government. 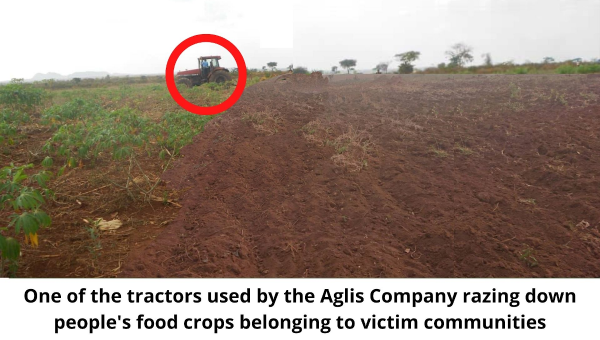 On Wednesday, April 27th, 2022, we caught up with Devlin Kuyek, a researcher at GRAIN, a small international non-profit organization that works to support small farmers and social movements in their struggles for community-controlled and biodiversity-based food systems, and Geoffrey Wokulira Ssebaggala, the Director of Witness Radio Uganda, a not-for-profit national organization which combines both media approaches and legal aid support to mobilize, connect and empower small holder farmers to speak with one voice against land injustices and push for equitable access to opportunities and resources. 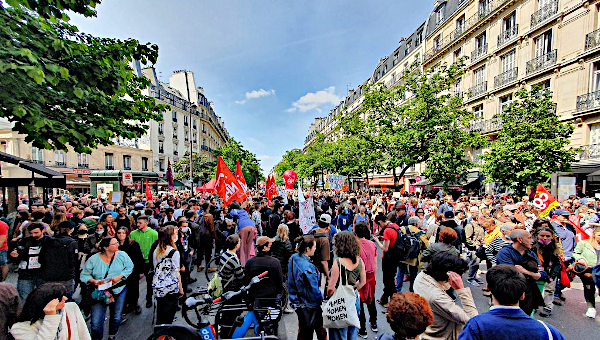 The outcome of France’s legislative elections on Sunday (June 19th) shows the extent to which the country’s political map has been redrawn in recent years. There are now three main blocs and groups of voters; Emmanuel Macron’s centre-right, the Left and the far-right. But the composition of the new National Assembly, in which Macron’s coalition has the single largest bloc of MPs but lacks an overall majority, raises as many questions as answers about the political future. Fabien Escalona assesses the uncertainties that lie ahead. 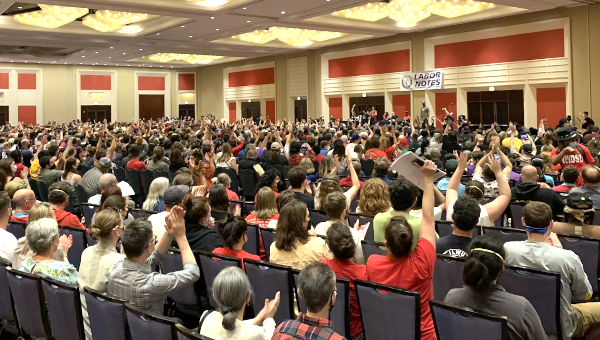 By Tori Fleming and Matt Davis

After a long four-year hiatus, the Labor Notes Conference is back, and bigger than ever with a record-breaking 4,000 registering. With Amazon and Starbucks workers providing the lead at this year’s conference, it is clear that major events over the last few years have dramatically impacted the form and scope of the American labour movement. These include – but are not limited to – the ongoing COVID-19 pandemic resulting in the deaths of over six-million people globally and over one-million people in the United States; and the current of rampant inflation that is further pinching and financially punishing already income-strapped workers around the world.

The Council of Canadians utilizes an application process that focuses on skills and experiences over traditional hiring practices. Therefore, we ask all applicants to complete this form. We will remove personal information prior to screening and shortlisting.