Mining companies have their eyes set on developing the so-called “Ring of Fire,” a complex of mineral deposits in the remote James Bay Lowlands of northern Ontario. Already, the federal government is reviewing proposals to build access roads, and the Ontario government is granting permits for mineral exploration – ignoring calls from several First Nations for a moratorium on all mining-related permitting and development until protection plans are in place for the region’s sensitive wetlands and watersheds and until access to clean water, housing, and health services have been secured for all communities neighbouring the proposed development.

Support First Nations in calling on Minister Guilbeault to retract the draft Terms of Reference for the Ring of Fire Regional Assessment and to restart the process with First Nations as full partners in a co-designed process.

On February 4th 2022, it was reported that another homeless/unhoused man was found dead in a bus shelter at the corner of Shuter and Sherbourne St in the downtown east end of Toronto. It is suspected that he died of hypothermia. He died only 120 meters from the large, vacant property at 214-230 Sherbourne Street, one which advocates have long demanded be expropriated and turned into desperately needed social housing.

Join Salvage and Haymarket Books for a discussion of the war in Ukraine and how the international left should respond.

We are joined from St. Petersburg by the Russian socialist and anti-war activist Ilya Matveev – co-founder of openleft.ru – and from London by Richard Seymour of the Salvage collective, for a special edition of Salvage Live on the war in Ukraine.

We are continuing our work to build the biggest fightback we have ever built in response to major new health care privatization plans by the Ford government, including brining in for-profit hospitals, as well as their privatization of the next 30-years of long-term care, privatization of home care, privatization of COVID testing and vaccines, plans for “austerity” budgets following the election, and refusal to deal with the critical shortfalls in staffing and care. We are holding a set of very urgent, very important events in every community we can across Ontario. Everyone can help to make a real difference.

For more information and Zoom link, contact us at ohc@sympatico.ca.

Off the Hill: In the extreme

This month, the Off the Hill panel focuses on all of the topics on top of mind: in particular, the Climate Crisis, the Russian invasion of Ukraine, and the rise of the alt-right in Canada. It seems as though the world is operating in extremes at the moment, and our panelists are here to break it down.

– Why decent work is a matter of racial justice
– Where our demands come from and why they matter to our communities
– Why must we build power and not simply rely on elected representatives to do it for us?

Day of Action for Just Transition

It’s been nearly three years since Justin Trudeau promised the Just Transition Act, and we haven’t seen any serious progress. Meanwhile, our communities are experiencing extreme climate impacts, a multi-year global pandemic and the economic crisis it has fuelled. That’s why on March 12th people from across Canada will take action for a Just Transition Act that guarantees good jobs, puts people first and leaves no one behind. With music, art, and fun activities, we will demand that politicians across the political spectrum act with courage to deliver an urgent just transition plan that leaves no one behind and moves us past fossil fuels.

‘Crush Inflation’?: Workers, Living Standards, and the Politics of Inflation

Politicians, the media, central bankers, and the average worker have all been talking up the recent acceleration in the cost of living. Just a short time ago, price rises of just 2% might have been considered ‘inflationary’. In the current phase of the Covid pandemic, inflation in core capitalist states, including Canada, is now running at the 5-7%, far ahead of wage settlements and bumps in income supports for welfare. Inflation always carries important consequences for workers living standards, collective bargaining and meeting basic needs for the poor. Inflation always generates class conflict, most directly and immediately over distribution but indirectly eventually over questions of power over capital and the state. How much of the price rise reflects the breakdowns in supply chains, business efforts to recoup losses during the Covid crisis, and the need to widen profit margins? How much do the calls for a new round of austerity from the capitalist classes and especially the banks presage a new wave of austerity to reverse low interest rates and the spending on emergency social programs during the pandemic? What is driving price rises and will this lead to an inflationary cycle as in the past? From a socialist perspective how should unions and social movements of the poor respond to the current crisis?

– John Clarke, writer, lecturer at York University, and former organizer with the Ontario Coalition Against Poverty.

– Sam Gindin, author of The Making of Global Capitalism and former Assistant to the President of the Canadian Auto Workers.

A panel of Indigenous Women Land Defenders speaking on Canadian State Violence and Force Removals. The event will be co-hosted by FAFIA.

Do collective bargaining rights for law enforcement result in more civilian deaths at the hands of the police, particularly for people of colour? Join us as Dr. Rob Gillezeau presents research that shows the introduction of duty to bargain requirements with police unions has led to a significant increase in non-white civilian deaths at the hands of police during the late twentieth century.

Vacancy control does not exist in Ontario, meaning that when tenants move out, landlords are free to increase rents by however much they want. This creates an incentive for landlords to push out long term tenants, either through neglecting repairs or through eviction.

Also, Doug Ford changed the rules, so that now, in units built or rented for the first time after Nov 2018, landlords can increase rents as much as they want at any time!

These massive loopholes in rent control are a huge contributor to skyrocketing rents across the province.

This is why REAL rent control is so crucial for Ontario!

No to War, No to NATO in Ukraine 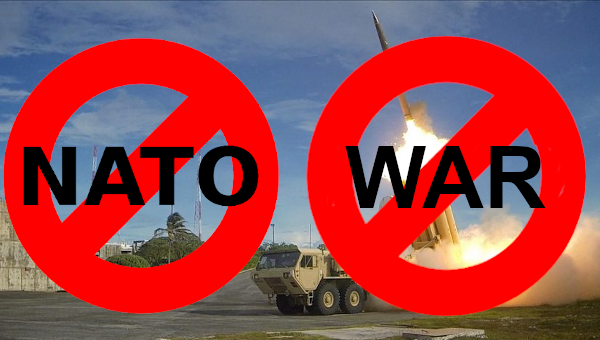 Reports from the Ukraine suggest Ukrainians are resisting the Russian military intervention with a determination and solidarity that Russia’s President Vladimir Putin may have seriously underestimated. Hundreds of thousands have fled to neighbouring countries with equal numbers displaced internally. The Russian intervention overlays an internal civil war that has been festering in the eastern Ukraine for eight years and is now intertwined with a war of national defense and for national sovereignty. And the entire region, from the Baltics to the Black Sea, has been subjected for two decades to NATO and US geo-military strategies to enlarge NATO with forward military positions and encircle Russia.

A view from Cuba: Ukraine to the Limit 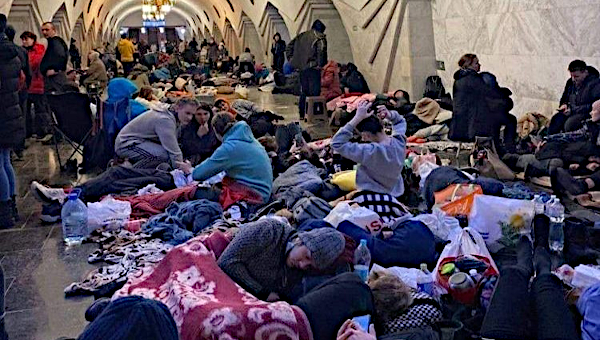 A friend sent me a video of a family in front of a burning building somewhere in Ukraine. We were both shocked. On my Facebook, I share a video of Russian protesters against the war unleashed by their government. Someone comments: “Putin, the new Hitler.” Ukraine is far away for Cubans. It is difficult to understand the conflict beyond the calls for peace and the repeated slogans. We know something for certain. The invasion violates international law and the right to self-determination. It can only be condemned unconditionally. That said, much remains to be done. First, understand what is being condemned. 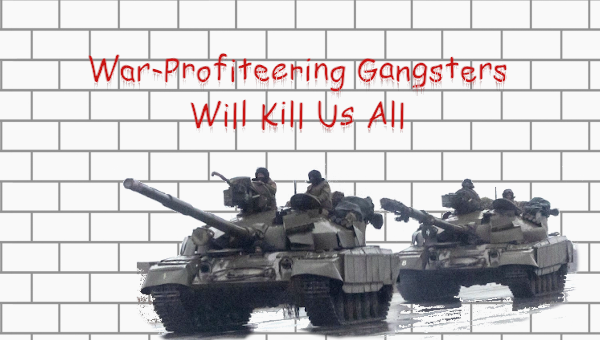 I figured something out after tossing and turning all night. We on the left often make the mistake of still looking upon Russia as a somewhat socialist enterprise. Of course, it isn’t. The Soviet Union ended in 1991. Russia is an unadulterated neoliberal capitalist gangster’s paradise, modeled during the time of its horrific restructuring under Boris Yeltsin (1991-1999) on the United States of America. It should come as no surprise that its autocratic, and possibly unhinged leader, Vladimir Putin, has no more respect for the UN Charter and international law than recent presidents of the United States or prime ministers of England have had.

Lessons for Organizing: Amazon and Beyond ft. Jonathan Rosenblum 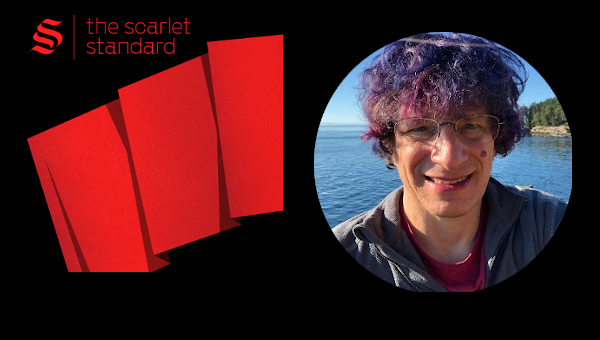 In this episode, two of our Socialist Project comrades (Matt Davis and Tori Fleming) interview Jonathan Rosenblum for a discussion about labour organizing strategies, Amazon, and the US National Labor Relations Board (NLRB). In 2020, Amazon workers in Bessemer, Alabama, voted on whether to be represented by the Retail, Wholesale and Department Store Union (RWDSU). The union lost the vote, due in part to the hiring of the infamous union-busting agency the Pinkertons, and an extensive and intrusive anti-unionization campaign.

Source: The Scarlet Standard Episode No. 23 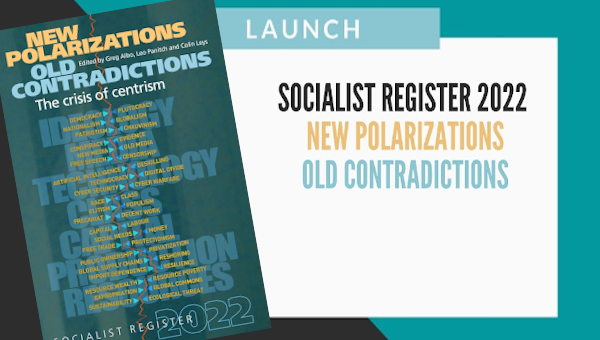 This part-time position is a two-year term contract, at 25 hours a week with a starting wage of $24.64 an hour unionized with CUPE 1281.

Interested applicants must submit their statement, CV and resume no later than 12:00pm March 14th to opirgtorontohire@gmail.com.

Meet with employers from West Rock for a mini-interview!

Representatives from the Ajax and Etobicoke locations will be joining us. Please make sure to register for the time slot allocated to the location you would like to interview for!