Mining companies have their eyes set on developing the so-called “Ring of Fire,” a complex of mineral deposits in the remote James Bay Lowlands of northern Ontario. Already, the federal government is reviewing proposals to build access roads, and the Ontario government is granting permits for mineral exploration – ignoring calls from several First Nations for a moratorium on all mining-related permitting and development until protection plans are in place for the region’s sensitive wetlands and watersheds, and until access to clean water, housing, and health services have been secured for all communities neighbouring the proposed development.

Women Winning Office: An Activists Guide to Getting Elected, by Peggy Nash, is a practical handbook for how to open doors and get involved in the political process. In it, the former NDP Member of Parliament draws on her experience in five federal campaigns, as well as the stories of many inspiring Canadian women who have run for office at all levels of government. If you want to find out how to take your desire for a better world into elected office, this book is for you!

At the launch, Peggy Nash will be joined by four special guests, Alejandra Bravo, Saman Tabasinejad, Marit Stiles, and Dr. Janelle Brady, for a conversation about the book and running for office.

Indigenous communities impacted by the Ring of Fire mining projects in northern Ontario call the carbon-rich peatlands the “breathing lands.” Featuring two climate justice activists who have worked together in the region.

HAPPENING Multicultural Poetry Nights celebrate poets who, among other things, identify as newcomers, refugees, or immigrants. Every Thursday in May (5, 12, 19, 16), there will be a poetry event featuring three poetry readings and an interview.

Join PYM Greater Toronto Area (GTA) in honouring the martyrdom of beloved Palestinian journalist, Shireen Abu Aqla, who was assassinated in cold blood by the Zionist entity on May 11, while covering the ongoing Zionist assault on the people of Jenin.

Since 2000, Israeli Occupation Forces have murdered 48 journalists – in a coordinated attempt to silence and censor press who dare to cover the Zionist entity’s colonization of Palestine.

Canadian media – including the CBC – are complicit in the Zionist entity’s crimes, as they refuse to engage in principled reporting on Palestine. In the wake of Shireen’s murder, CBC reported on the story with a passive voice, refusing to name who it was that killed Shireen. This reporting is reflective of the CBCs continued attempts to suppress coverage on Palestine, with two of their journalists being barred from Palestine coverage in 2021 after they demanded fairer coverage on the issue.

We invite our community to bring candles and flags to honour Shireen’s life and all those who were martyred for exposing Zionist violence.

Canada’s terrorist list, the IDF, Palestinians and the case of Khaled Barakat

Join a discussion about the National Post‘s and Israel lobby’s recent attacks against Palestinian Canadian activist Khaled Barakat and the Samidoun Palestinian prisoner solidarity network. The event will explore how Canada criminalizes Palestinian political life through its terrorist list while supporting the violent Israeli military. More than 10 per cent of the groups on Canada’s terrorist list are from a long-occupied land with one tenth of one per cent of the world’s population.

TPFF’s annual Nakba Commemoration will return in-person this year with a screening of the animated film for all-ages The Tower, directed by Mats Grorud.

A day to celebrate the organizing traditions in the Black community and support Black workers with workers’ rights advocacy and resources!

Rally For Climate, Communities, and Nature!

Greenhouse gas emissions are on the rise again, protections for nature are being dismantled, and mega projects are encroaching on communities. This spring we have a chance to choose another path – one that prioritizes people and the planet.

On the anniversary of General Motors’ 100th year of manufacturing vehicles in Oshawa, Canada, union workers are forced into a life-and-death fight to save their members’ jobs when the company announces it will be shuttering the plant at the end of the next year. Peter Findlay’s Company Town, follows their organizing.

The film is followed by Just Transitions: a panel discussion on lessons from labour organizing against extractive industries and imperialism.

When: Sunday May 15th, 1pm
Where: Yonge-Dundas Square

Commemorating 74 years of the ongoing Nakba to demand the dismantlement of the Zionist colonial and imperialist entity. On May 15, we will honour the resistance of our people by any means necessary against settler colonial violence and ethnic cleansing. We call on our community and solidarity partners to mobilize at Yonge-Dundas Square and join us in honouring our struggle for liberation and return!

The cost of registration is $425, which includes refreshments and lunch during the week (for in person attendees).

No to Putin’s War in Ukraine, No to Finland in NATO 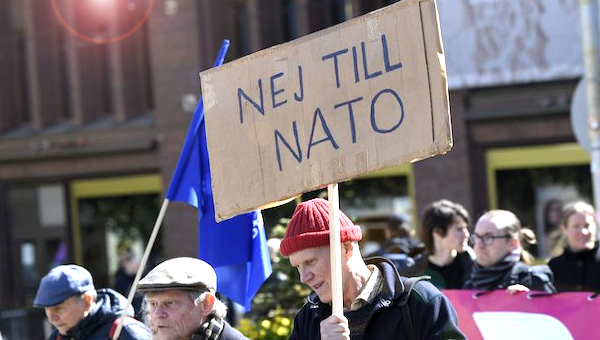 It’s deeply unfortunate that even some MPs in Finland’s Left Alliance are now publicly advocating membership in the North Atlantic Treaty Organization (NATO). An Atlanticist hybrid of US power and British ‘diplomacy’, NATO is a deeply pro-capitalist and imperialist organization. From the start, it has used the ideology of an external enemy – first the USSR, now Russia – to attack and repress socialist ideas and politics at home as well as in what were once the colonies. This includes the use of extreme violence against the left, as in the case of the far-right ‘stay-behind’ terror networks (‘Operation Gladio’).

Why Should Ukraine’s Debt be Cancelled? 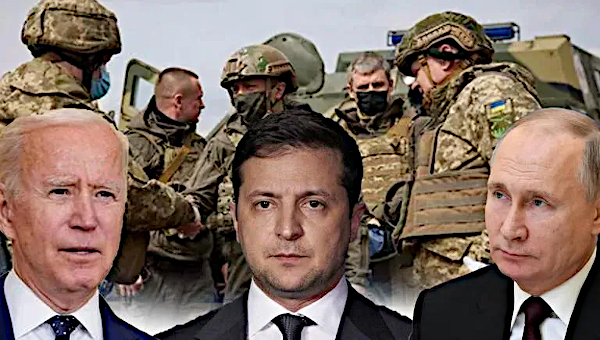 Sushovan Dhar (SD): How much is the Ukrainian public debt and who are the main creditors?

Eric Toussaint (ET): Ukraine’s external debt, public and private, is about $130-billion, half of this debt is owed by the government, and the other half by the private sector. The government also has an internal debt of over $40-billion. Public external debt in the form of sovereign securities amounted to $20-billion in 2021, all of which (there were 14 issues of securities) are governed by English law and in the event of a dispute, the British courts can be called upon.

The Fight to Defend Abortion Rights 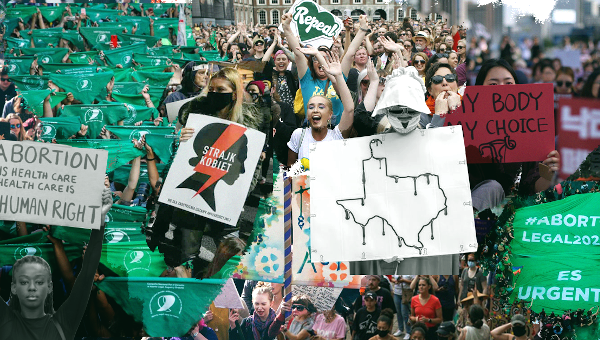 In many countries around the world, winning or defending the right to abortion access has been a key feature of women’s movements in recent years. From the historic repeal of the constitutional ban on abortion in Ireland in 2018 to the Green Wave movement which won legal abortion last year in Argentina, millions across the world have mobilized to fight for new reproductive rights gains, and to defend abortion rights from right-wing attacks. But these are part of a longer trend: since 2000, 31 countries have expanded access to abortion. 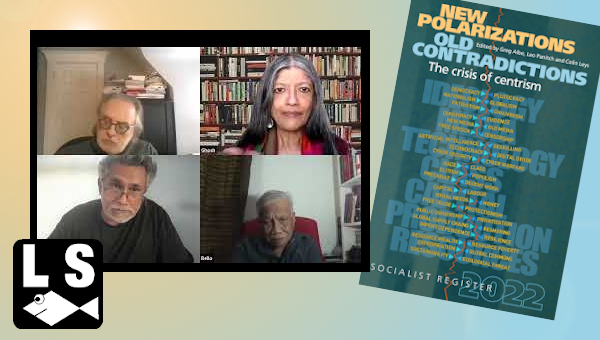 Just as the Russia-Ukraine crisis first devolved, and only weeks before the elections in the Philippines, Walden Bello, Jayati Ghosh, and Vishwas Satgar came together with Greg Albo of the Socialist Register to discuss the South China Sea, Ukraine, NATO, and American bellicosity. They discuss their contributions to “New Polarizations, Old Contradictions: The Crisis of Centrism” — the final volume of the Socialist Register to have been shaped by the late Leo Panitch.