On July 21, 2022, Ontario’s three temporary paid sick days were extended to March 31, 2023. The Worker Income Protection Benefit (WIPB) is inadequate and far from what workers need.

We are now in a seventh wave of COVID-19. We have seen the consequences of workers being denied paid sick days in the earlier waves of the pandemic and we cannot repeat the same mistakes.

If this government is serious about working for workers, then they must immediately legislate 10 permanent employer-paid sick days. We can’t afford more temporary measures. We need permanent solutions to prevent future pandemics.

This workshop is facilitated by the wonderful SK Hussan. It introduces participants to the power dynamics of global capitalism, war, occupation, and colonialism that shape why people move. It will discuss the realities of the Canadian immigration and refugee systems, dispel common myths, and illuminate the realities of what life is really like for the 1.7 million, mostly racialized people, living as migrant workers, students, and refugees well as those living in the shadows undocumented without immigration status. The workshop will also introduce participants to the ways that migrant communities are resisting, the vital work of the Migrant Rights Network, the struggle for status for all, and the ways that all of us, from every walk of life, can contribute to the struggle of justice and dignity for all.

Join this online book launch of Thinking While Black: Translating the Politics and Popular Culture of a Rebel Generation by Daniel McNeil.

Fighting for Back Wages

IJV has spent the last year gathering research about the repression faced by academics, students and Palestine solidarity activists, collecting approximately 80 testimonies describing the resulting “chilling effect” in Canada. This report is the first of its kind anywhere in the world, utilizing ethnographic methodology and qualitative analysis to describe both the overarching effects of this repression as well as the deeply personal impact it has on activists, artists, students and professors. While focused on Canada, it also holds international ramifications as many of the processes we describe are present in other countries.

Join us for an exciting launch with the report’s authors Sheryl Nestel and Rowan Gaudet of IJV, plus other speakers TBA! 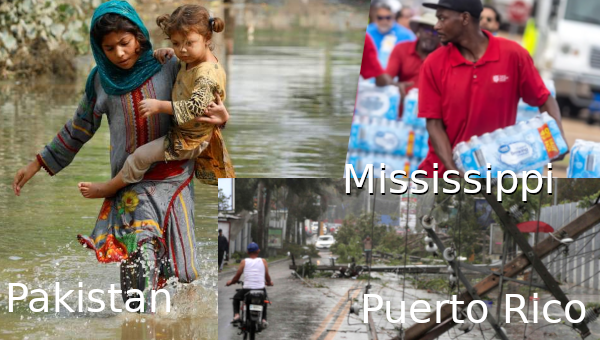 What do Pakistan, Puerto Rico, and Jackson, Mississippi, have in common? They’ve all recently experienced climate-related catastrophic rains and flooding, resulting in the loss of homes, electricity, and running water. But, even more importantly, they are all low-income regions inhabited by people of color – the prime victims of climate injustice. They face inaction from negligent governments and struggle to survive as fossil fuel companies reap massive profits – a status quo that United Nations Secretary-General António Guterres has called a “moral and economic madness.” 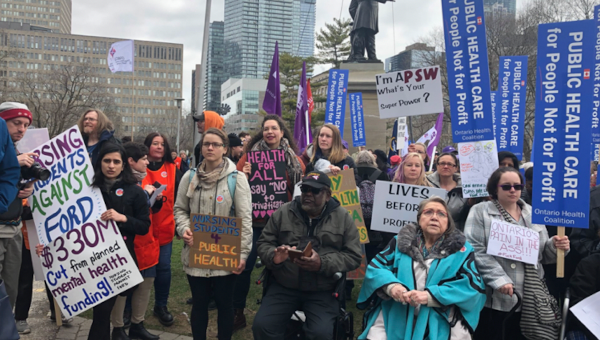 The Financial Accountability Office has released the Ford PC government’s funding plans for the various healthcare sub-sectors. The news is not good. The funding plans for 2022/3 in several key line items are down compared to actual funding in 2021/22.

To Liberate Ourselves, We Must Reinvent Work 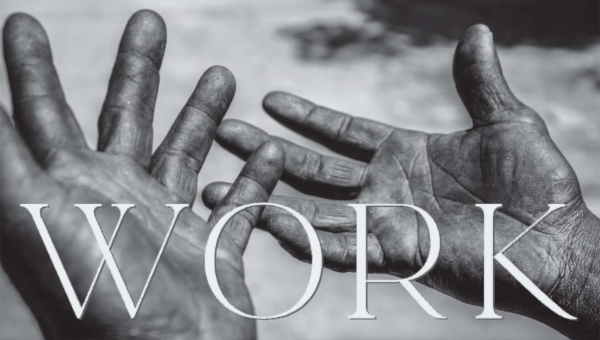 Mike Yates is a long-time Marxist and socialist writer and analyst, one of the editors of Monthly Review. Over the years he has written extensively about capitalism, with particular emphasis on the working class, its life, potential, and role in transforming society. His latest book, Work Work Work: Labor, Alienation, and Class Struggle, gathers a series of his re-edited essays and articles dealing with various aspects of work, the working class, its institutions, its contradictions and potentials, and the broader social relations that drive them.

The principles of Marxist Dialectic decoded, experienced, and practiced by an adventurous, time-transcending redhead with inherent and cultivated magical powers but lamentable lack of leadership qualities.

Written in a form of science-fiction and fantasy, Forms of Intense Intelligence, nonetheless, presents as a critical work of philosophy and history.

The author’s interest is in the materiality of the human and non-human worlds and in the animacy of the objects as expressed in rites and rituals and explored by the current anthropological and philosophical scholarship.

Across times and spaces, the plot involves a Caravan of refugees escaping catastrophic events and building mutually supportive communities.