Save the Antipsychiatry Lending Library

The Toronto Antipsychiatry Lending Library (TALL) was established by the Coalition Against Psychiatric Assault (CAPA) under the auspices of the late Professor Bonnie Burstow (1945-2020) at the Ontario Institute for Studies in Education (OISE) at the University of Toronto. TALL was created as a critical collection, and accessible meeting space, for scholars, students, and activists in antipsychiatry, mad studies, and critical psychiatry.

Your support is needed to save the library space on the 7th floor at OISE / LHAE.

Women Of Courage: All Of Our Stories

The 8-week online workshop series will be delivered every Tue and Thu, between 6-8 pm. For more information, contact Minerva at mhui@culturelink.ca or 647-539-4273.

Dr. Hughes and Professor Falk will discuss current global challenges including those stemming from the Ukraine War. Richard’s prescient book This Endangered Planet, published in 1971, was recently named by Foreign Affairs Magazine as one of only three books essential for understanding the century ahead. Ivana and Richard will talk about how much the world has changed since 1971 and how much remains the same. Find out how you can be part of the solution on this still endangered planet.

Film night: Trouble in the Garden

It’s been four years since cannabis was legalized and regulated in Canada, but our newly legal landscape doesn’t look the same for everyone. From the migrant workers who are employed on cannabis farms to young budtenders behind dispensary counters, marijuana is an industry that relies heavily on labour — but hasn’t yet grappled with labour rights. That’s why The Green Line is inviting action-oriented community members like you to brainstorm local solutions that address labour rights issues in the cannabis industry and beyond. RSVP for this in-person event.

A community event and Story Circle hosted by The Green Line, The Hoser and rabble.ca | thegreenline.to

Day for Truth and Reconciliation

To coincide with National Day for Truth And Reconciliation and Orange Shirt Day in Canada, The Revue will be hosting a free/PWYC screening of Slash/Back.

We will be taking donations at the door and online and they will be directed to the Indian Residential School Survivors Society.

Partial proceeds from our concessions for the day will also be directed to the Indian Residential School Survivors Society.

The Labour Council and a few community organizers in Markham and across York Region will host a virtual Leading for Change Conference.

Each year, we invite everyone who believes in Public Medicare and wants to work to defend and improve it to join together in a major strategy session. This year’s assembly is critically important. Join us for briefings, speakers, report-ins and strategizing. You can always see our upcoming events and meetings on our calendar and on our website.

When: October 1st, 12:30pm
Where: click on link below for walking and cycling options

Grassroots organizers in Grand(m)others Act to Save the Planet and Mississauga Climate Action have taken the lead in planning a walk along the proposed route of Highway 413 to raise awareness about the 2000 acres of irreplaceable farmland that will be destroyed by this reckless project.

The event will be happening on October 1st and there will be many ways to participate, including a rally and farmer’s market at the Brampton Fairgrounds where cyclists and walkers will congregate.

On Nuit Blanche, lots of transit users will be taking the RT. Join TTCriders volunteers to share the news that the RT is closing in 2023 and help transit users take action for bus lanes and more service.

Please RSVP to let us know you are coming, because we will not be staying in front of the station for the full 2 hours.

At this skills-based training, you will learn:
– What are the top transit issues for Scarborough residents?
– How to engage other transit users and help them take action
– How to get involved in TTCriders campaigns for better transit in Scarborough

OPSEU Local 546 safety inspectors have been on strike for more than 60 days. Let’s keep our voice loud and demand the Minister of Labour to get TSSA back to the bargaining table and negotiate a fair first collective agreement for the 170 safety inspectors! This labour movement will not stop until we bargain an agreement that protects safety and respects workers! Save the date and join the lunchtime rally!

The overturning of Roe v. Wade in the United States sent shock waves around the world. In our country, it has shone a spotlight on the question of access to abortion. Although abortions are available in urban centres and paid for by the health care system, there is a dire lack of access in many parts of the country – particularly for undocumented people, those from communities of colour, and those outside of urban areas.

Join TWHP to celebrate the publication of a great new book in Canadian working-class history by a former TWHP executive member.

In recent decades an increasing share of Canada’s agricultural workforce has been made up of temporary foreign workers from the Global South. These labourers work difficult and dangerous jobs with limited legal protections and are effectively barred from permanent settlement in Canada.

In Harvesting Labour Edward Dunsworth examines the history of farm work in one of Canada’s underrecognized but most important crop sectors – Ontario tobacco. 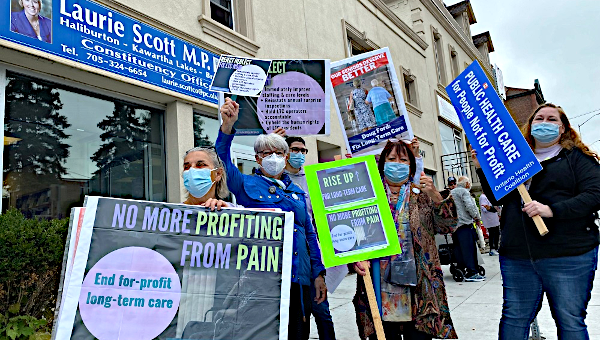 The Doug Ford government in Ontario released its regulations under the euphemistically titled “More Beds, Better Care Act” (formerly Bill 7) on September 15th. The regulations are the details under the legislation to provide new powers to push elderly patients and people with chronic care needs out of hospitals, overriding their right to consent. The hammer that the government intends to use to coerce patients to leave hospital is a charge of $400 per day, or $2,800 per week.

Election in Brazil: Has Lula Already Won or Will Bolsonaro Come Up With Surprises? 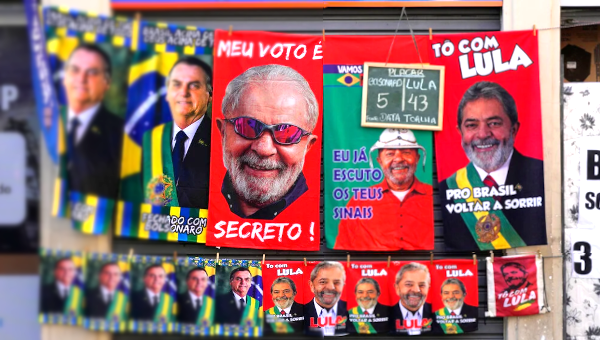 The October 2 Brazilian presidential election campaign is now in its final stage. It is no doubt one of the most globally significant elections this year. Former moderate-left president Lula Inácio da Silva of the Workers’ Party (Partido dos Trabalhadores, PT) is leading in the opinion polls with between 40 and 45 percent support in the first round of elections. The extreme right-wing incumbent Jair Bolsonaro of the Liberal Party (PL) trails Lula with 30 to 35 percent.

Tackling Inflation in Canada: For Corporations or Workers? 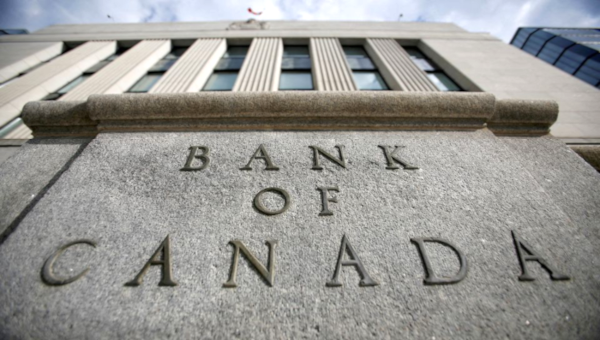 On July 13, Governor of Bank of Canada (BoC) Richard “Tiff” Macklem announced a 1% increase in the BoC’s interest rate. First, it was Chrystia Freeland, Canada’s Finance Minister, telling us that it was a global problem, almost beyond our control and that responsibility for tackling inflation was the job of central banks. Now, following Freeland’s lead, Macklem is guiding Canada and Canadians into the swamp of ever deeper economic dislocation. 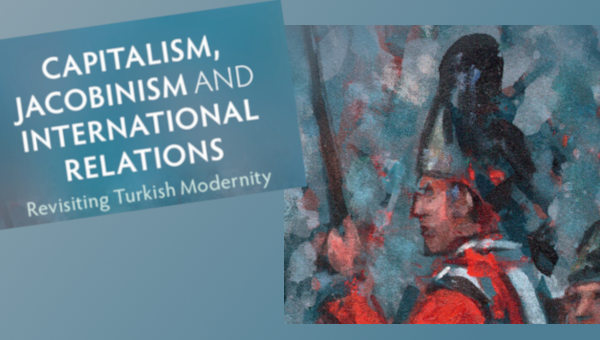 Perhaps no question concerning the Middle East and Europe today has been more loudly voiced than “What is Turkey doing?” (yet again). And rightfully so, for, Turkey, once hailed by the international community as a role model in its region, has become an increasingly ‘unpredictable’ and ‘unintelligible’ actor in the last 10 years of the governing Justice and Development Party (AKP).

Breaking the Hold of Authoritarian Neoliberalism by Working Class Movements 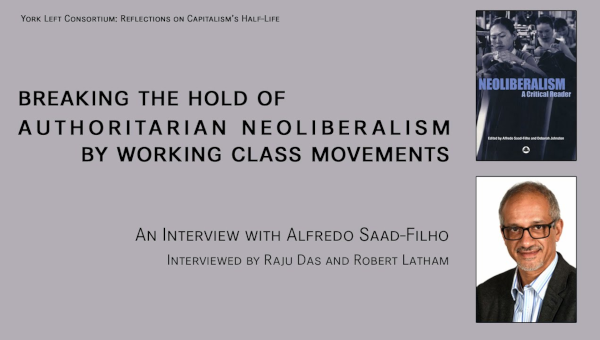 Alfredo Saad-Filho interviewed by Raju Das and Robert Latham. Alfredo Saad-Filho has written or edited nine books and numerous journal articles on political economy and international development issues. He has been a prominent critic of the (Post-) Washington consensus and neoliberalism. He edited the widely known Neoliberalism: a Critical Reader.