Prime Minister Trudeau promised to deliver a federal minimum wage of at least $15, and indexed to inflation in 2020. With only a few weeks remaining, time is running out. Let’s not let the Prime Minister get away with ignoring the workers who are counting on this wage increase.

Sign the petition. Your message will be sent to your member of parliament, and copied to the Prime Minister, Minister of Labour, Finance Minister, and the leaders of the opposition parties.

When: Thursday November 12th, 7pm The budget that was announced on November 4th was simply another status quo budget that does next to nothing to tackle the many crises our city is facing. Join us for a discussion and in-depth analysis on this year’s municipal budget, what it’s missing and where we can go from here.

Does the United States Have a Democratic Future?

When: Friday November 13th, 3pm Speaker Bill Fletcher Jr. is a civil-rights and labour activist and author. This talk will explore the future of democracy in the United States, as its current trajectory raises fear of its demise. After Bill’s talk there will be a Q&A period.

After the US Election

The November 3 election will have giant ramifications for the entire world, and certainly for Canada. Although the outcome will not likely be clear for days after voting day, by November 13 the trends should be evident. Join us for a panel discussion featuring four activists and scholars on the left, offering perspectives from Canada, the US and the UK.

Radhika Desai, President of the Society, will be moderating this panel and leading a Q&A discussion afterward.

We will be looking back over what for the general public has been a tumultuous year and looking forward to whats sure to be a new and uncertain future as we navigate COVID and work to support movements that have grown in light of renewed attention on anti-Black racism, attacks on Indigenous sovereignty, and the still-growing housing and overdose crisis in Toronto.

Join us as we select a new Board, reflect back on the last year of work and programming and the barriers we’ve faced as part of accomplishing it, and most importantly reviewing the plans we have set out at OPIRG moving forward.

Can We Mine Our Way Out of the Climate Crisis?

Please join us for a virtual round table looking at where are we at, one year after the conference: a report-back and conversation with MiningWatch staff and special guests from around the world.

– updates from extractive regions (Canada, Chile, southern Africa);
– reflections on how pressure is being/can be built to (a) reduce energy consumption and demand for minerals and metals, and (b) impose stricter conditions on extraction (FPIC/right to say ‘no’, no-go zones, safeguards etc.); and
– perspectives on how efforts to respond to the COVID-19 pandemic and build a Green Recovery/Green New Deal are working towards global equity – or not.

Anti-Black Racism and Inequality: What Is to Be Done?

Prominent African-American public intellectual Adolph Reed, Jr. is professor emeritus of political science at the University of Pennsylvania, specializing in inequality, race, and racism. He is a contributing editor to The New Republic and frequent contributor to The Village Voice, The Nation, Jacobin, and The Progressive. Join Adolph in conversation with Umair Muhammad, Ph.D. student at York University and author of Confronting Injustice: Social Activism in the Age of Individualism.

Pension Fund Capitalism and the Covid-19 Pandemic in Canada

The devastating social and economic impacts of the ongoing Covid-19 pandemic in Canada have been felt widely. But the key statistic of the death rate has been heavily concentrated: over 80% of the deaths from Covid-19 have taken place in Long-Term Care of various types.

How did Long-Term Care – a vital component of the health care system – become so privatized, within a system that is so widely and proudly viewed as public?

This talk, with Kevin Skerrett, will examine the class politics of pension fund investment into for-profit Long-Term Care as a disturbing example of the commodification of social reproduction.

The Work Ahead, No Matter Who Wins 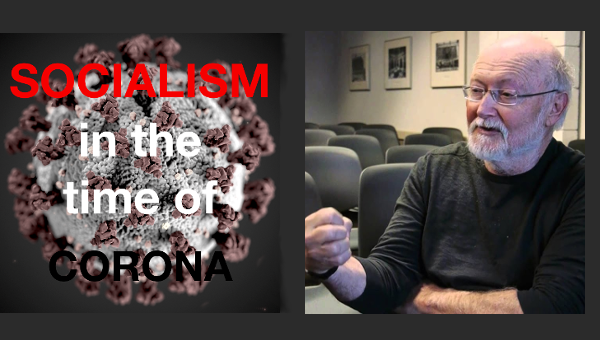 Sanjiv Gupta interviews Sam Gindin. They talk about how to transform America whatever the outcome of the US election. They discuss socialist visions, Syriza, racial solidarity in the US, and the need for widespread socialist education.

What Do Mine Tailings Dam Disasters Teach Us? 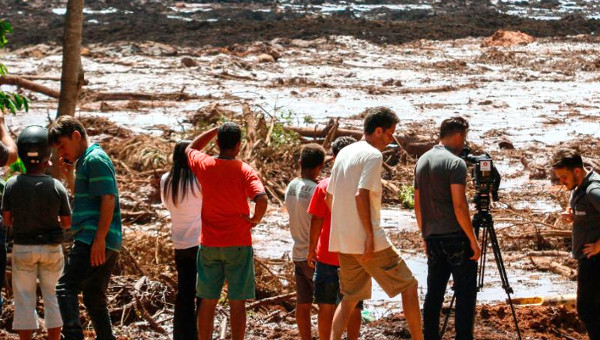 Brazilian mining activists invited Judith Marshall to participate in their November 5th commemorations of the anniversary of the tailings dam collapse at the Vale/BHP iron mine in Mariana, Brazil. Marshall was a founding member of the International Network of People Affected by Vale (AV) formed in 2010 while she worked in the Global Affairs Department of the Steelworkers Union. After her retirement, Marshall became an Associate of CERLAC (Centre for Latin American and Caribbean Studies) at York University where she has continued her collaboration with AV, including comparative studies of the Mariana spill with the tailings dam collapse at Mt. Polley in British Columbia.

On ‘Rioting’ and State Violence 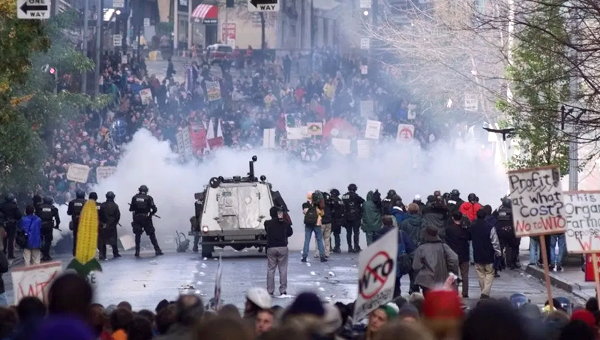 The uprising that emerged following the murder of George Floyd reignited debates about violence both in the media and among activists and scholars of social movements. Under pressure to distinguish the violence sometimes used by protestors from the state violence they oppose, activists have alternated between emphasizing the strategic or moral value of nonviolence and analyzing the causes and effects of violent action. As in the past, the former, “normative” approach has enjoyed broad social traction; however, as critical theorist AK Thompson has pointed out, movement participants who advance such conceptions have often ended up implicitly defending the state’s monopoly on the legitimate use of force. In contrast, Thompson has argued that developing an analytic approach to the question of violence has allowed activists to perceive the limits of political representation and thus to begin coming to terms with the demands of politics as such. 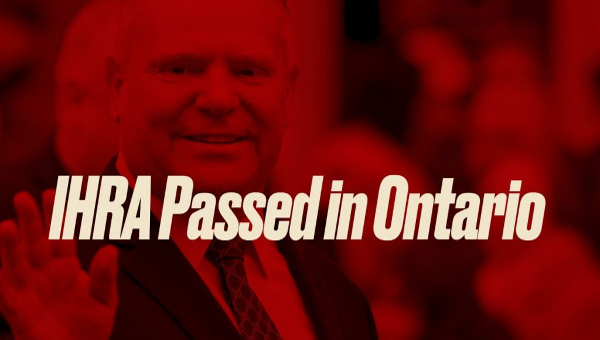 On October 25, Doug Ford’s Conservative government, through an order-in-council, adopted the International Holocaust Remembrance Alliance’s (IHRA) “working definition of anti-Semitism.” Not only is this unilateral move in keeping with the Ford government’s anti-democratic tendencies, the flawed IHRA definition poses a direct threat to freedom of expression. It also fails, as David Feldman has written in The Guardian, to “make any ethical and political connections between the struggle against anti-Semitism and other sorts of prejudice.”

From the Streets to the State and Back Again 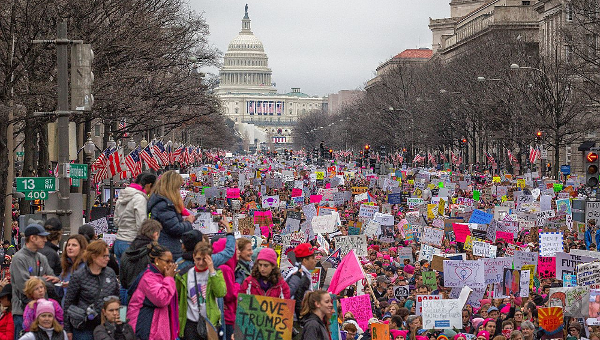 By Stephen Maher and Rafael Khachaturian

The essays gathered in this collection were written in the midst of an escalating and multifaceted crisis situation in the United States. They address the search for a socialist politics in a highly uncertain period during which the legitimacy — if not the structural persistence — of neoliberalism came under increasing strain. During that time, Bernie Sanders’ campaigns were seen as an apparent breakthrough for the left, allowing the widespread delegitimation of neoliberal ideology to be expressed within the parameters of the party system. Their failure compels socialists to return to difficult organizational and strategic questions — and the answers are as uncertain as ever.

Pension Fund Capitalism and the Campaign to “Make Revera Public” 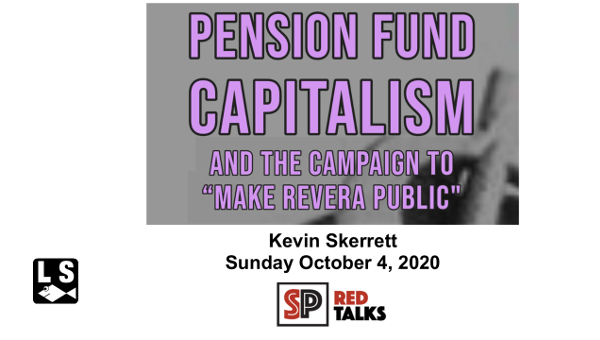 The COVID-19 pandemic has exposed some of the damage wreaked by neoliberalism to a harsh new light. The erosion of workers’ rights to basic safety and livable wages, the particular exploitation of women, racialized and migrant workers in our healthcare system, and the destructive effects of for-profit corporate management of long-term care, have all combined to make a serious public health crisis into something far more deadly than it should have been. In this context, there is an especially bitter irony in the fact that one of the largest profiteers to benefit from these trends, the corporate long-term care company Revera, is 100% owned by the pension fund that manages the investment of federal government employee pensions (known as Public Sector Pension – PSP).