Time to Pay Your Workers 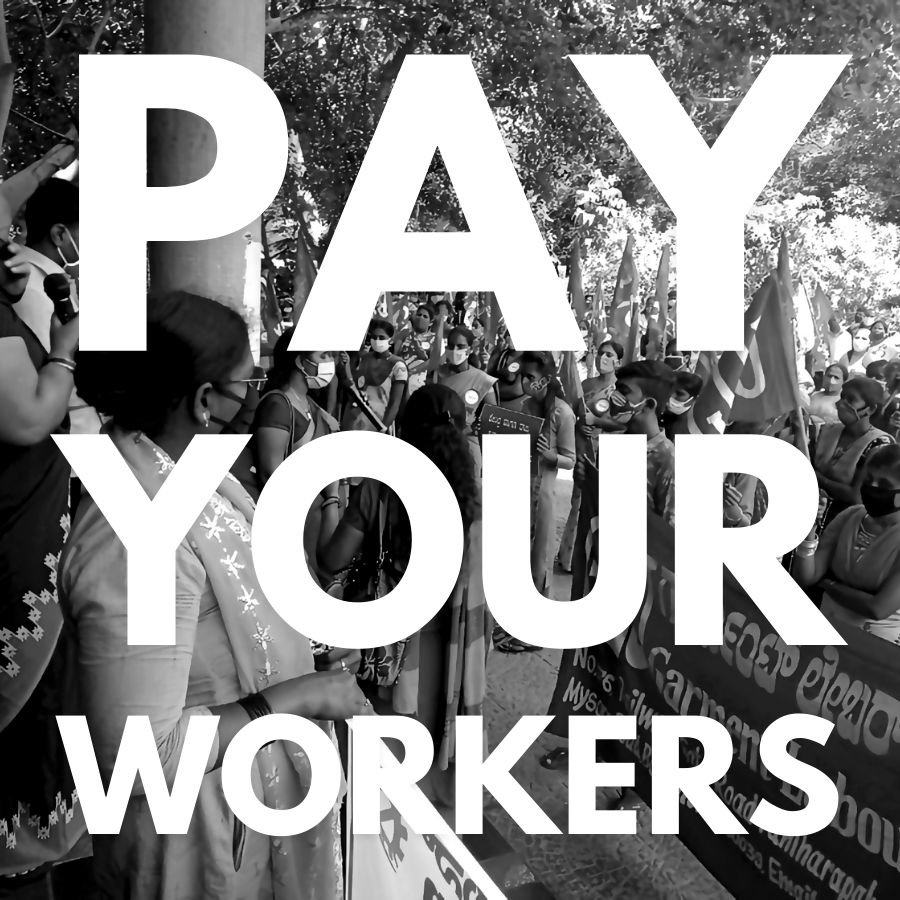 Millions of garment workers worldwide are losing their jobs without compensation or receiving much less than their regular poverty wages. Most of these workers are women. Hunger forces those who still have jobs to put their lives at risk in unsafe workplaces.

With #PayYourWorkers, we demand that Nike, Amazon, Next, and other apparel brands and retailers:

– pay the workers who make their clothes their full wages for the duration of the pandemic;
– make sure workers are never again left penniless if their factory goes bankrupt, by signing onto a negotiated severance guarantee fund; and
– protect workers’ right to organise and bargain collectively.

Mercosur, a trading bloc consisting of Argentina, Brazil, Paraguay, and Uruguay is one of the largest economic blocs in the world. It has a significant economic presence in South America, representing nearly 70% of the region’s Gross Domestic Product.

In 2018, Canada launched negotiations towards a possible free trade agreement with Mercosur. All three Federal opposition parties have expressed concerns about the deal’s potential impact on the Amazon rainforest. The region plays a critical ecological role and is home to hundreds of Indigenous nations whose human rights and cultural survival are threatened by deforestation and violence from ranchers and loggers. This violence has been heightened during the presidency of Brazil’s Jair Bolsonaro.

Healing our Earth Together

This year we are collaborating for Earth Day with Drawdown Toronto! All welcome!

How we tackle our climate crisis is more than simply taking action on the solutions; it’s about pausing to take collective responsibility, acknowledging our behaviours that have led us here, and finding a way to be active participants in the solutions.

Join us this Mother Earth Day for a syndicated event with Honor the Earth. There will be live music, speakers, and more.

Please join Michael Tigar, the Bernard and Audre Rapoport Center for Human Rights and Justice, and the Dolph Briscoe Center for American History on April 23 for a virtual book launch featuring:

The Canadian Centre for Policy Alternatives (CCPA) is excited to host an upcoming webinar series on long-term care and health system reform in Canada.

– Greg Marchildon is a professor and Ontario Research Chair in Health Policy and System Design at the Institute of Health Policy Management and Evaluation at the University of Toronto.

– Danielle Martin is the Executive Vice President of Women’s College Hospital, where she is also a practicing family physician.

– Barbara Cameron is an Associate Professor in the Department of Politics at York University.

The vengeance of unpayable debts

Come join the Blue Scarf Movement to learn and motivate action for the Innu People of Labrador in Eastern Canada, including putting a stop on new Fighter Jets being purchased by our government.

The Innu People are being threatened with NATO’s Fighter Jets practice fields and training camps. They put pressure and pain on the people and the land, and as activists in Canada for peace and the environment, we shall join them in the struggle to protect the land of the original peoples.

Unlike earlier experiences, with Covid-19 we see an emergence of the whole world as a stage where the drama unfolds. This is, of course, due to the technological shrinkage of time and space in our age – now, microbes take flight. But the spectacular similitude of crises and responses at this level demonstrates how social structures, ideologies, and social values have converged globally. The rhetoric of war and the institution of quarantine, where everyone is a warrior, a victim, and a suspect at the same time, have mobilized individuals and communities to act out rituals that affirm bellum omnium contra omnes (the war of all against all), the foundation of capitalism.

Pratyush Chandra is a political activist and writer based in New Delhi. Pritha Chandra is Professor of Linguistics, Department of Humanities and Social Sciences, Indian Institute of Technology, New Delhi.

The City of Toronto is having a final vote soon on a new law that will force developers to set aside part of EVERY building as affordable housing.

Join ACORN, Progress Toronto, Parkdale People’s Economy, and others to plan out how to win a STRONG law requiring 20% to 30% of every new development with more than 60 units to set aside as permanently affordable rental housing. 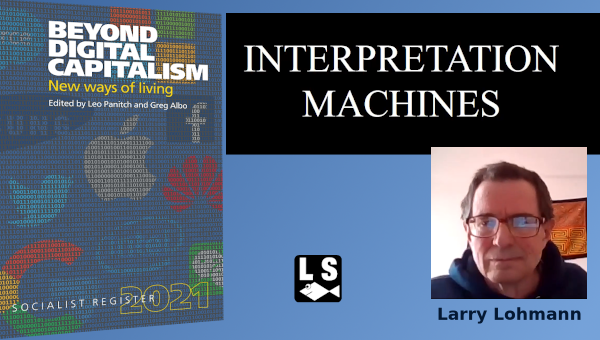 Since the nineteenth century, left movements have sought footholds among the ever-renewing contradictions of capitalist industrial mechanization and its relation to work and energy. These experiments, begun by Marx, remain fragmentary and contested. Yet the crises that twenty-first century digital mechanization presents and exacerbates may shed new light on this longer history of automation even as they confront the left with fresh puzzles. 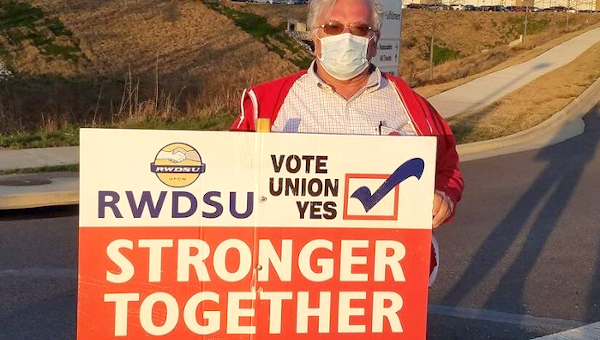 First, we must recognize that the overwhelming vote against the union in Bessemer marks a decisive defeat, not to be under estimated. It will undoubtedly have a dampening effect on other workers, especially given its broad media attention, and the high expectations of many. Yet, before dissecting what happened there, we need to recognize that this is a difficult period to organize for unions.

From Neoliberalism to the New Finance Capital 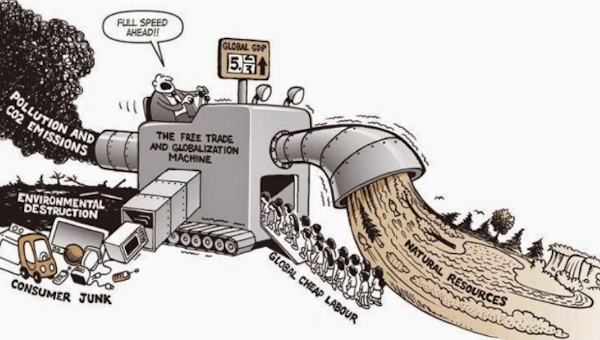 By Stephen Maher and Scott Aquanno

As the global economy entered another historic crisis in March 2020, the US Federal Reserve implemented a massive support program to stabilize financial markets. In doing so, it expanded upon the already wide range of powers and functions it had developed to deal with the 2008 financial crisis. Aside from the greater scale and depth of this latest crisis, there was another important difference between 2008 and 2020. While in the former case the Fed had worked closely with the big banks, especially JP Morgan, to reestablish financial stability, this time BlackRock was the crucial partner.

Solidarity with Kshama Sawant: Against the Seattle Elite’s Recall Campaign 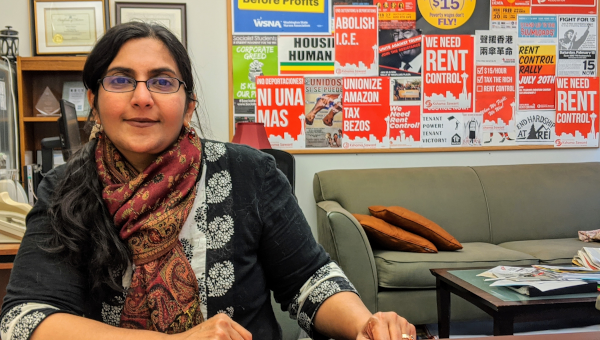 A recall election allows citizens to vote out an elected official, after a process of garnering a certain percentage of names on a petition and clearing legal challenges. Recall elections can be used by the Left to take aim at and take down corrupt or dishonest officials. But nowadays, they are also being employed by Right-wing politicians and business lobbies to challenge the legitimacy and position of elected socialists. Over the past few months, Seattle’s political and business elites have launched a campaign to recall Seattle City Council member Kshama Sawant, a tireless community organizer and democratically elected socialist who has served her constituents since 2014. 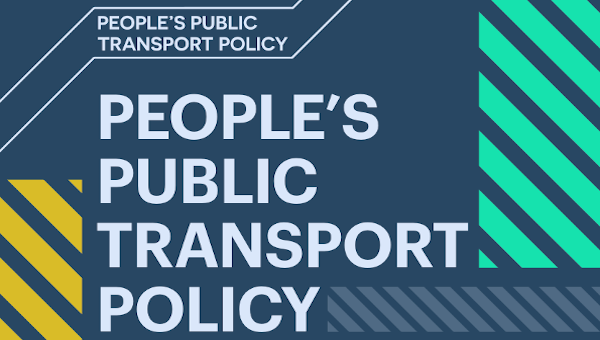 Public transport is a vital service relied upon by millions of people all over the world. It is strategically important in the economic and social life of cities. Public transport unions must contest power not only in workplaces but also in the public sphere where decision-making about ownership, control, organisation and financing takes place. This relationship between the political and industrial gives public transport unions an important strategic position.