Climate justice for migrants and EI

Justicia for Migrant Workers (J4MW) writes to reiterate that migrant workers must receive full and equal access to Canada’s Employment Insurance (“EI”) benefit. Since 1966, workers employed under the auspices of the Seasonal Agricultural Worker Program have contributed millions of dollars in benefits. However, as a result of their tied work permits, they have been denied access to our social safety net in their time of need.

When: Saturday December 4th, 11am
Where: County Court Park, Brampton

Naujawan Support Network (NSN) consists of international students and young workers primarily in Brampton who are uniting to stop the exploitation they face from employers, landlords, immigration consultants and the government. Members of NSN began publicly campaigning against wage thieves in June, particularly after observing an increase in suicides among international students. The pressure created by worker-led direct action since then has resulted in over $47,000 in wages being recovered.

What Stops Us from Working?

The Social Assistance Coalition of Scarborough (SACS) is cordially inviting you to a virtual Town Hall “What Stops Us from Working?”. The discussion will be based on SACS’ Advocacy Paper “What stops us from Working?”, a brief inquiry into disincentives to work while receiving social assistance, prepared by John Stapleton and Yvonne Yuan (Open Policy Ontario). John and Yvonne will discuss why it is so hard to work or get back to work while receiving social assistance and their recommendations that will make a meaningful difference and help people work while on assistance. They will be joined by ODSP and OW recipients who will share their experiences.

Show us your posters, signs, cards, buttons, pins, hats, t-shirts, photos, and more… and tell us the stories behind them!

Derailed: The History of Black Railway Porters in Canada

A conversation exploring the history and lived experiences of Black Railway Porters and their fight for equality on and off the tracks.

The Truth is hard. Reconciliation is harder.

The truth is hard. Reconciliation is harder – comes at an opportune time for our country, as we seek to understand how best to implement the Truth and Reconciliation Commission’s (TRC) recommendations. In this keynote, The Honourable Murray Sinclair reminds us that reconciliation is not an act of forgiving past wrongs. It is a process of dismantling the ongoing colonial relationship that treats Indigenous people as less than human. It is not a matter of benevolence or charity. It is a matter of respect and rights.

Conversion of the Arms Industry: Time to Cut the Pentagon Budget 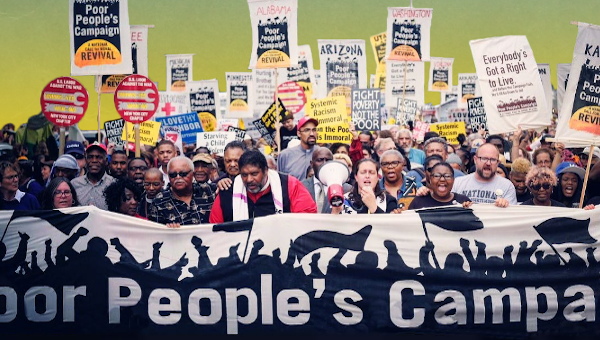 Every year, the story is the same. Congress looks at the Pentagon budget, briefly debates the merits of decades of skyrocketing spending, and then pads it with tens of billions dollars more. And every year, they do it in my name. I’m a defense industry worker. I live and work in an area of Alabama referred to as “the Pentagon of the South.” I’m a member of the International Association of Machinists and Aerospace Workers (IAM&AW). And I say throwing money at the Pentagon doesn’t help workers like me. 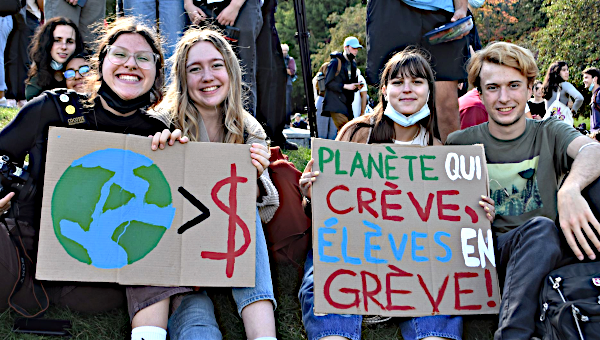 The televised English debate during the federal elections (September 9, 2021) began with the controversial question to Bloc Québécois leader Yves-François Blanchet: “You denied that Quebec has problems with racism yet you defend legislation such as bills (sic) 96 and 21, which marginalize religious minorities, anglophones and allophones. Quebec is recognized as a distinct society, but for those outside the province, please help them understand why your party also supports these discriminatory laws.”

COP26 Gives It Up to the Capitalists 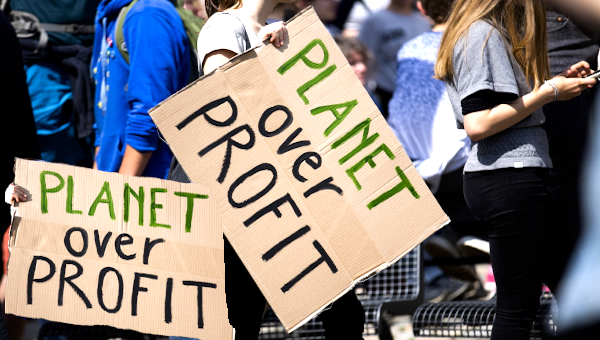 The Glasgow Conference (COP26) should have given priority to 1) making good on the promise of the “developed” countries to contribute to the Green Climate Fund, from 2020 onwards, at least one hundred billion dollars a year to help the global South meet the climate challenge; 2) forcing these same countries to intervene financially to cover the enormous “loss and damage” caused by warming, especially in the “least developed countries” and small island states; 3) “raising the climate ambitions” of governments to achieve the adopted COP21 (Paris, 2015) goal of “keeping the temperature increase well below 2°C while continuing efforts not to exceed 1.5°C compared to the pre-industrial period.”

Protecting Seniors? Bill 37 and the Ontario Crisis in Long-Term Care 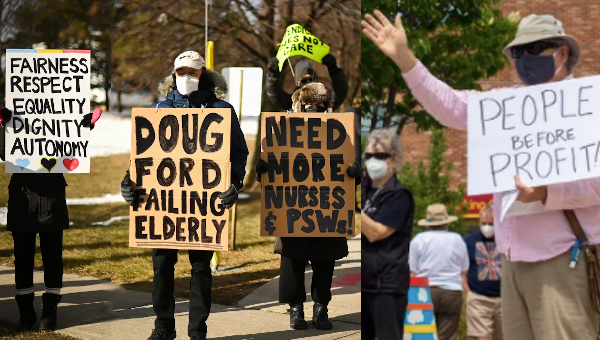 The ‘new’ Ontario Long-Term Care legislation, Bill 37 Providing More Care, Protecting Seniors, and Building More Beds Act, 2021, has been referred to the Standing Committee on the Legislative Assembly for public hearings. Here is the Ontario Health Coalition’s analysis of the new LTC (long-term care) bill. It first outlines priorities of the Coalition, with its many union, community, and healthcare worker partners, and then provides an overview of key parts of the proposed legislation and its failings in addressing the crisis in LTC and the perils of for-profit provisioning (where the thousands of deaths over the course of the pandemic have been concentrated). 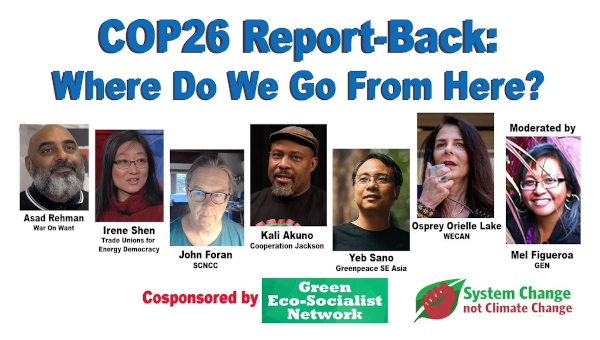