The Trans Mountain tar sands pipeline is opposed by millions of people, many Indigenous nations living along the pipeline route, and dozens of municipalities – including the cities of Vancouver and Burnaby. Tens of thousands have demonstrated against the Trans Mountain pipeline, year after year.

If that wasn’t enough, now the Canadian government’s own oil regulator did the math and confirmed that the Trans Mountain pipeline is not only inconsistent with Canada’s climate commitments, but actually completely unnecessary.

Defund the Toronto Police Service (TPS) by at least 50%, and immediately redirect those funds toward community supports and services.

The TPS is overfunded and community services are underfunded.

Responding to the Crisis Unleashed by the Pandemic

This is the first panel in our series “Social Justice Movements in the Changed Reality of the Pandemic and Beyond,” organized by Packer Visitor in Social Justice John Clarke and co-hosted by the Department of Politics at York University.

We face not only a global biomedical crisis but also a huge economic downturn and, looming over this is a rapidly intensifying climate crisis. Even in an historically privileged country like Canada, dominant political agendas will seek to impose the burden of these crises on Indigenous, racialized, poor and working-class people. In the Global South, however, the implications are catastrophic. The speakers in this session will offer perspectives on the nature of the period that has opened up, and on the challenges faced and directions that need to be taken by social movements and popular struggles.

Canada’s gender equality gains have been rocked by the COVID-19 pandemic. How can we get on track to achieve meaningful gender justice? Learn what’s happening around the country and what needs to happen to end the rising risk of gender-based violence; to build economic security; to amplify the voices of women, girls, and gender-diverse people; and to spark systemic change at a time we need it most.

Transit-ion to a Green Economy

Join Free Transit Ottawa for an engaging discussion on the fight for green jobs. More specifically, we will consider the role that the Canadian labour movement could play in a just transition to a green economy. The forum will include discussion of developments in the Canadian labour movement that seek to nationalize essential services and socially-beneficial production, and how we can build on these existing movements.

A Q&A session will follow presentations by the following speakers:

Leo Panitch was a Distinguished Research Professor of Political Science at York University, a renowned political economist, Marxist theorist and editor of the Socialist Register since 1985. He is the author of numerous articles and books including The End of Parliamentary Socialism, Working Class Politics in Crisis, and Renewing Socialism.

As the company enters its 21st year of operations, in February 2021, during Black History Month, Obsidian Theatre will premiere 21 BLACK FUTURES. This is an anthology of 21 filmed monodramas, commissioned from 21 multigenerational Black playwrights across the country, directed by 21 Black directors and performed by 21 Black actors. Premiering digitally, 21 BLACK FUTURES will respond to the question, “What is the future of Blackness?”

The Global Labour Research Centre (GLRC) and the Las Nubes Project at York University are pleased to present a two-part panel series: Rural Livelihoods and Social-Ecological Wellbeing in the Global South.

The Financialization of Rental Housing and Covid-19

Speaker Dr. Martine August is an Assistant Professor in the School of Planning at the University of Waterloo. After the talk there will be a Q&A period.

For the Love of Education

A Province-Wide Education Assembly from Cradle to Post-Secondary

We’re inviting parents, teachers, students, child care workers, and support staff across education sectors to discuss their diverse experiences navigating COVID-19. We will discuss what Ontarians need from our education systems during COVID-19 and beyond, and how to advocate for better public funding for education from child care to post-secondary.

The 16th annual Strawberry Ceremony to honour missing and murdered Indigenous women, girls, 2 spirits and trans/non-binary people is February 14. It will be online this year: Gathering Prayers, Not People starts at 12:30. For info and ways to support, go to Facebook.

Since the nineteenth century, left movements have sought footholds among the ever-renewing contradictions of capitalist industrial mechanization and its relation to work and energy. These experiments, begun by Marx, remain fragmentary and contested. Yet the crises that twenty-first century digital mechanization presents and exacerbates may shed new light on this longer history of automation even as they confront the left with fresh puzzles.

When: Tuesday February 16th, 9:30am
Where: Meet at Heart House

Momentum is growing for paid sick days for all. Let’s make sure Premier Doug Ford hears our demand when the legislature returns.

We are collecting information for folks that will be participating in the car caravan. We want to be able to plan for how many cars will be present to ensure we have enough materials. We will be communicating with all participants in the car caravan via text. We will make sure you have up-to-date information about the action and our safety plan. We will not share your information with anyone for any reason.

We will be meeting at Hart House at the University of Toronto at 9:30 am. We will take the next 30 minutes to decorate our cars. At 10:00 am, we will head off together to bring our urgent message to Queen’s Park, and we will finish our action by 11:00 am.

On February 16th from 12pm-1pm, join SURJ Toronto for one final Phone/Email Zap push before City Council votes on the 2021 City Budget! As they prepare to cast their votes, let’s make sure councillors and Mayor Tory hear our demands loud and clear: Defund the Toronto Police Service (TPS) by at least 50%, and invest in communities NOW!

You will need a computer to participate in this zap (+ a phone if you are planning to make phone calls). You’ll join us by Zoom for a quick zap training (15-20 mins) – we’ll give you all the tools you need (contact info, scripts/templates, etc)! We’ll then collectively make calls and send emails for the remaining time (30-40 mins). At the end we will debrief and share next steps to keep up the pressure!

Ballad of an American

What does Paul Robeson’s life teach us?

Paul Robeson was the pre-eminent Black left-wing figure of U.S. popular culture during the 1930s-40s. Concert singer, film actor, public personality, his “Ballad for Americans” was heard by millions of radio listeners. Idolized across large parts of Europe, his records were heard widely in Africa, the Middle East and Asia. Robeson was struck down by McCarthyism. His legend and his lessons remain.

Join us for a free webinar on the evening of February 16th. Participants will be discussing strategies for organizing against encampment clearance and evictions in Toronto during the COVID-19 pandemic.

Defund the Police: What the Heck Does that Mean?

You’ve heard of Defund the Police but what the heck does it mean? Is it calling for the abolishment of law enforcement? What is wrong with the current Police Services? Who do I call during an emergency? “Re-direct funding”…where would re-allocated funds go?

If these questions have been on your mind in recent days/weeks/months, the Ontario Federation of Labour (OFL) and the Coalition of Black Trade Unionists (CBTU) invites you to join us on Wednesday, February 17 to have your questions addressed.

Have thoughts on transit? Please join the CESAR team for a TTC forum with TTC Riders where you can discuss all the changes YOU want to see from your city transit service.

From rising costs, to increases in fair inspectors, we can all agree that public transit can only get better.

Unions, Just Transition and the Struggle for Radical Social Transformation 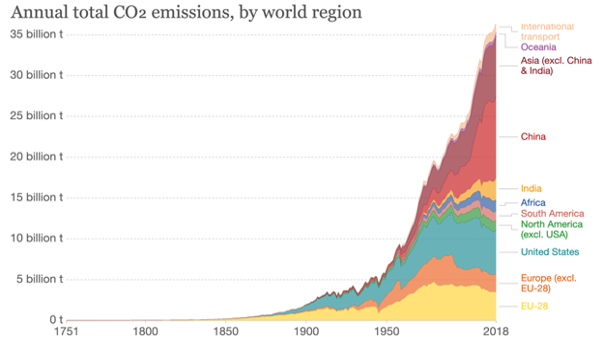 For more than a decade, trade union responses to the unfolding climate and ecological crisis have mainly focused on the idea of “just transition.” This idea has brought much-needed attention to the serious disruptions facing many workers, and to the need to minimize those disruptions where possible, or provide alternatives where necessary. Unions have generally affirmed the findings of climate science and recognized the urgent need for dramatic transformation of our societies, but this affirmation has mostly found expression in echoing broader social calls for “more ambition” from governments. 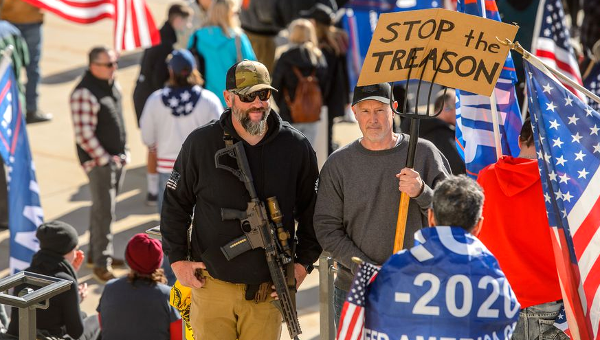 Trump is now gone. But his leaving was not without a certain drama. His legacy is about as tarnished as it is possible to imagine, but a part of Trumpism’s message remains relevant. The swamp really does need draining. The bog that is Washington overflowed with crocodile tears on 6 January 2021. Trump’s troops, summoned by the Líder Máximo, assembled in Washington, D.C., their minds mangled by an ideological fusillade of conspiratorial tripe about frauds, stolen elections, and political betrayal. 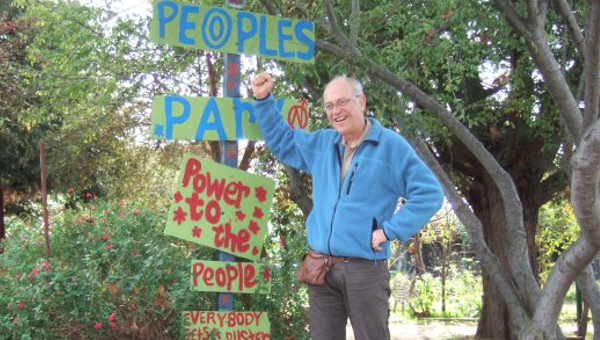 The tributes that have been made to Wayne Roberts (born 30 September 1944) for his work as a food-policy leader and activist are well known and continue to be made after his untimely death on January 20th, 2021. There is no question that “this kid from Scarberia,” as he described himself, played a highly respected role as an environmentalist, writer, speaker, professor, food-policy leader, and teacher of “food actionism skills.” His unique talents as a mentor, popularizer, writer, and inspirer of anti-corporate food visions were widely acknowledged.

Trump May Be Gone, But Neofascism Remains 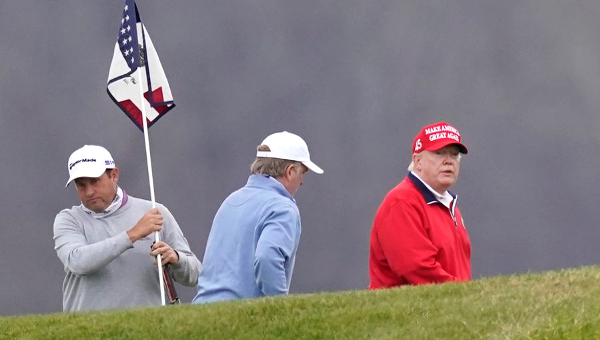 At last, the Donald Trump Presidency has crash landed and he is out of the White House. Now, we can all start dealing with ‘Trump trauma’ and shock. What did we live through over the past four years? This is a planetary question. It is a question we are all grappling with because the world is now capitalist on a global scale and America is the leading power making that world. Post the Cold War we were all conscripted to be Americans and the ‘American Dream’ was declared the global dream. Even China bought into it through its own self interested and authoritarian way. They became so good at it then even Trump baulked. He wanted it back and declared: “Make America Great Again.” 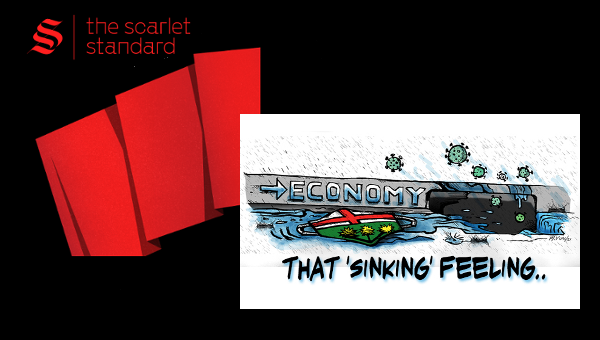 In this episode we chat about Biden’s cancelling of the Keystone XL pipeline and Jason Kenney’s hilarious reaction to it, as well as present a socialist perspective on the GameStop stock surge and financial market ‘democratization’.