Doug Ford wants to silence his critics by any means necessary.

Just one day after a judge ruled key parts of the anti-democratic Bill 254 to be unconstitutional, Ford is trying to rig the next election by recalling the legislature and overriding the constitution. It’s an attack on our democracy that sets a dangerous precedent. We cannot let this happen.

Bill 254 is an attack on free speech and puts strict limits on anyone speaking out against the government for a full year before the election. It would prevent families from holding Ford accountable for the disaster in long-term care, silence parents and educators who urged him to make classrooms safer, and muzzle workers demanding paid sick days.

Join us for a webinar on how we can practice our solidarity with the Palestinian struggle. With Omar Barghouti, Apoorva Gatam, Lara Kiswani, and Salim Vally.

The live event will feature short presentations from brilliant organizations highlighting how they are helping to build a more just Canadian foreign policy. We will also hear from John Clarke, El Jones & Avi Lewis on the importance of internationalism and activism!

Join the leaders of the NDP, Liberal and Green parties, OCHU-CUPE, SEIU Healthcare, ONA, Unifor and others at the virtual rally against Bill 124 and real wage cuts on June 19, 11:00 a.m. to noon.

Rumors of the death of the global labor movement have been greatly exaggerated. Rising phoenix-like from the ashes of the old trade union movement, workers’ struggle is being reborn from below by workers themselves.

By engaging in what Karl Marx called a workers’ inquiry, workers and militant co-researchers are studying their working conditions, the technical composition of capital, and how to recompose their own power in order to devise new tactics, strategies, organizational forms and objectives. These workers’ inquiries, from call center workers to platform, trucking, cleaning, logistics, mining, auto factories, teachers, and adjunct professors, are re-energizing unions, bypassing unions altogether or innovating new forms of workers’ organizations.

Do you think massive hoarding of individual wealth is unjust? Do you want to build a system based on economic equality and the social distribution of shared abundance?

Join Courage Montreal for an “Abolish Billionaires!” event on Saturday, June 19 at 7 pm on Zoom.

The event will be hosted by Montreal activist Steven Scott. Courage’s Anti-Oppression Coordinator, Kalden Dhatsenpa, will lead a discussion on how and why to abolish billionaires. We’ll also hear from our comrades at Coeur de L’île about housing justice, the campaign against gentrification in Mile-End, and how we can help.

Cross-Country Day of Action for Status for All

On June 20th, Father’s Day / World Refugee Day, wherever you are, gather with friends, family, co-workers and comrades and call for permanent resident status for all migrants, including refugees, students, workers and undocumented people.

Organize a COVID-19 safe rally, picket, march, or educational event in in your community.

24-Hour Global Online Picket Against the US Blockade on Cuba!

At the United Nations General Assembly (UNGA) meeting on June 23, Cuba will bring its annual resolution on the necessity to end the United States blockade against Cuba. For 28 consecutive years the UNGA has overwhelmingly voted in favor of ending this criminal and unjust U.S. policy towards Cuba.

Reconciliation in an Era of Tragedy

On Tuesday, June 22, as we mark National Indigenous Peoples Week, join Red Sky for a REDTalk with Dr. Michael DeGagné who will join host Sandra Laronde for an engaging conversation about Indigenous modern history, working towards self-governance, the impact of residential schools, and what reconciliation means today.

Please join the Ottawa Committee for Pension Security and the Ottawa Health Coalition for a jointly-organized virtual Town Hall meeting on June 22nd, 7:00pm. This event will be dedicated to building further on this momentum and exploring strategies for making Revera public as part of the larger effort to get profit-making out of the LTC system altogether. We believe that we have the potential to make this campaign an unstoppable force right across the country.

Join the Toronto and York Region Labour Council for a special forum – Climate Justice: What Should Canadian Just Transition Look Like? – that is happening Wednesday, June 23 at 7:30 pm. During this 90-minute forum, Labour Council president Andria Babbington and special guests will discuss what a just transition for Canada looks like. 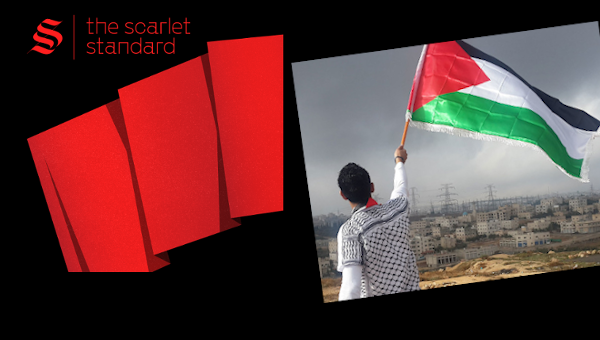 In the first part of a two-part series, we interview writer, activist, academic, and friend of the podcast Niko Block about Palestine. Diving into the history of the mid-2000s, Niko explains how Israeli disengagement from Gaza and the 2006 Palestinian legislative elections gave rise to the current moment.

Source: The Scarlet Standard Episode No. 16

Does the USA Really Need Another Oil Pipeline? Enbridge and Line 3 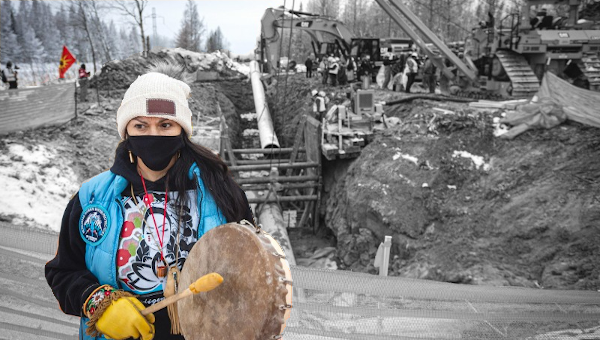 A decades-old pipeline called Line 3, run by the Canadian company Enbridge, is in the midst of a controversial upgrade sparking fierce resistance from Indigenous communities living along the route. Line 3 is being replaced in order to enable the transport of nearly 800,000 barrels of dirty tar sands crude oil per day from Calgary, Canada, to Wisconsin, USA. The majority of the pipeline cuts across northern Minnesota through the heart of lands where the Anishinaabe people have treaty rights to hunt, fish and harvest wild rice and maple syrup.

Doug Ford and the PCs Plan Another Decade of Austerity

Ontario’s Financial Accountability Office (FAO) reports that the nominal healthcare funding increases planned by the Doug Ford PC government between 2019-20 to 2029-30 fall well short of the nominal increases over the previous nine years (2010-11 to 2019-20, the period of public sector austerity that followed the last recession). Indeed, since the increase planned on a go-forward basis (between this year, 2021-22, and 2029-30) amounts to only 2% annually, we are looking at significantly harsher austerity than the 2010-11 to 2019-20 period, when funding increased 3.2% annually. 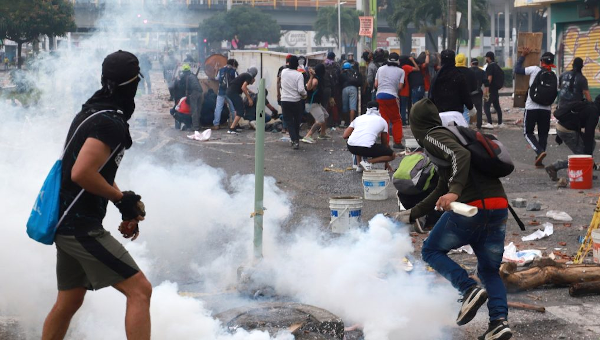 By Vijay Prashad and Zoe Alexandra

Since the end of April, Colombia’s streets have smelled of tear gas. The government of Colombian President Iván Duque imposed policies that put the costs of the pandemic on the working class and the peasantry and tried to suffocate any advancement of the Havana peace accords of 2016. Discontent led to street protests, which were repressed harshly by the government. These protests, Rodrigo Granda of Colombia’s Comunes party told us in an interview, “are defined by the wide participation of youth, women, artists, religious people, the Indigenous, Afro-Colombians, unions and organizations from neighborhoods of the poor and the working class. Practically the whole of Colombia is part of the struggle.”

No Life Like It: A Tribute to the Revolutionary Activism of Ernie Tate 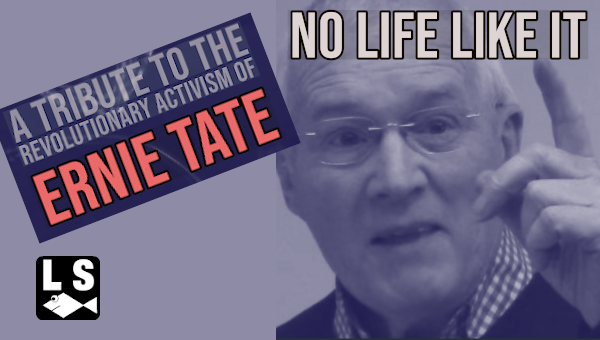 Ernie Tate (1934 – 2021) believed capitalism is a cruel and unjust system that has to be changed. Ernie was born in Belfast, Northern Ireland in 1934 and emigrated to Canada in 1955. As a Marxist, union activist and revolutionary, Ernie spent his life working to achieve that in organizing against the war in Vietnam, in union struggles at Toronto Hydro, for protecting universal healthcare and living wages, and much else. Ernie died on February 5th this year. This online event is a reflection upon and celebration of Ernie’s life, activism and legacy with many of his comrades and friends from around the world, including: Tariq Ali and Phil Hearse (England), Richie Venton (Scotland), Barry Sheppard and Suzanne Weiss (USA), Pam Frache, Judy Rebick, Carolyn Egan, Sam Gindin, Bryan Palmer, Rob Fairley, and John Riddell (Canada), and Patrick Bond (South Africa).