Sign this petition to support legislation for the creation of Safety Zones around hospitals to prevent the harassement and bullying from antivaxxers, and to ensure the safety of our healthcare workers and our patients/their caregivers; all of whom deserve to be treated better than this. It is not okay for anyone to be concerned for their safety, or worried about obstructions, when accessing healthcare or going to work to provide care for others.

Our public transit systems are at a crossroads. This federal election we’re asking candidates to end the financial crisis faced by our transit systems.

Send a letter to your local candidates to ask if they will support the Vote Transit platform released by the Keep Transit Moving coalition.

Take a peek into our future with David Dodge, the producer of 280 Green Energy Futures documentaries on energy transition and the clean energy revolution in Canada.

The pace of change, level of innovation and investment in the clean energy sector is stunning and will change the way we live, get around and work.

This virtual session will explore how the Truth and Reconciliation Commission has shaped new ways of policy advocacy and meaningful ways youth can get involved in advocacy with Indigenous communities. .This session will also include a participatory exercise and opportunity to explore and reflect on ways to engage with the TRC 94 Calls to Actions. This training aims to create a collaborative and engaging learning experience for all participants, and all efforts will be made to ensure that this is a safe, accessible, and inclusive space.

The former Poet Laureate of Toronto, 2012 to 2015, and former Canadian Parliamentary Poet Laureate, 2016-2017, will be in conversation with Itah Sadu about his new book Where Beauty Survived: An Africadian Memoir. Set in Halifax, Nova Scotia, the book recounts Clarke’s childhood and upbringing in the place he calls Africadia. The award-winning author will share his motivation, inspiration, experiences, and the relevance of the novel to Black Canadians today.

Lift the US Blockade on Cuba Now!

A live virtual picket action featuring speakers from across Canada, USA, and around the world.

The Big Toronto Bike Ride is about getting as many people out riding as possible on a weekend in September. By signing up, you’re joining the movement.

The Toronto Disability Pride March is back for 2021! #TDPM2021 We will be gathering virtually again this year with speakers and artists. This year we are honoring the struggles and resistance of indigenous disabled people and their communities.

Under the crushing weight of the siege of Gaza, Laila and Nasser are members of the Palestinian resistance fighting desperately to free their people. Together, they learn of a plan to unite the disparate Palestinian factions and break Israel’s siege. Unknown to them, Ari, a brilliant Israeli spy, has decided that his conscience can no longer allow him to participate in the starvation of Gaza. A double agent whose every move is under mounting suspicion, Ari reaches out to the American contractors who trained him with a secret plan. As they all struggle to break the siege, they face the wrath of the Israeli military machine.

Join in this launch event for Revolutionary Rehearsals in the Neoliberal Age. The event is organised by rs21 and sponsored by the publisher, Haymarket Books.

The volume is edited by Colin Barker, Gareth Dale, and Neil Davidson and looks at what we can learn from revolutionary situations that have occurred in the neoliberal era. It explores a series of upheavals – in Eastern Europe, South Africa, Indonesia, Argentina, Bolivia, Venezuela, sub-Saharan Africa (including Congo, Zimbabwe, Burkina Faso) and Egypt – and assesses the prospects of socialist revolution in our age of ‘capitalist realism.’

Periodic super tide at Corpus Halite terminal, inner planet of Aquione Eight, hybridized after the great saline disruptions of the late Biotozoic. Filtration Protocols 17-98 and Cousteau Mandates then instituted by decree of the Prime Octo-Council.

Azeezah Kanji is a legal academic, writer, and Director of Programming at Noor Cultural Centre in Toronto. Her work focuses on racism, law, and social justice. Azeezah received her JD from University of Toronto’s Faculty of Law, and LLM specializing in Islamic Law from the School of Oriental and African Studies, University of London. Join Azeezah in conversation with Tim McSorley, National Coordinator of the International Civil Liberties Monitoring Group. 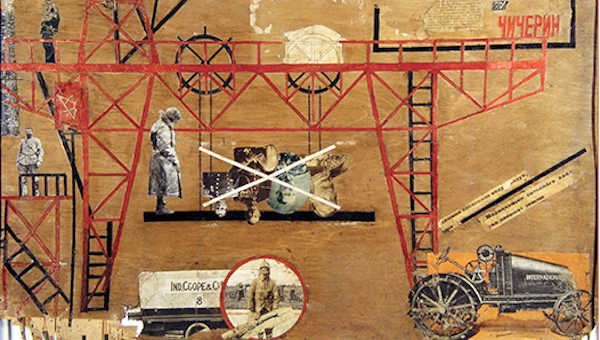 I am sure that no one, especially those of us who knew Leo Panitch personally, could imagine, let alone organize, a discussion on socialist parties without him. This is because his shocking and unexpected passing left a huge gap in the left intellectual community; more so because his work and his contributions constitute a crucial task for every leftist today: to reimagine the organizational principles and practices of the socialist party. Indeed, it would not be an exaggeration to say that Leo’s entire work could be described as a series, as pieces of the theoretical and practical requirements needed to help the left, the people who were and are committed to a socialist transformation, to remain and become more radical, to be more realistic, effective, and optimistic – simultaneously. 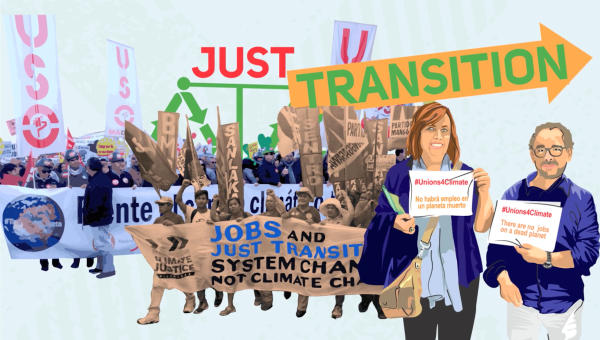 Mobilizing the global labour movement for climate justice and just transition is one of the defining challenges of our times. However, for workers in many sectors, it is unclear how climate issues will affect them specifically, and how they should respond. To date, much of the debate around just transition has focused on workers in industries that are facing job losses. These struggles are important. But in order to build a transformational vision that can mobilize workers in all sectors from the ground up, we need to understand a wider array of industry perspectives.

The Other Pandemic: Violence Against Healthcare Workers 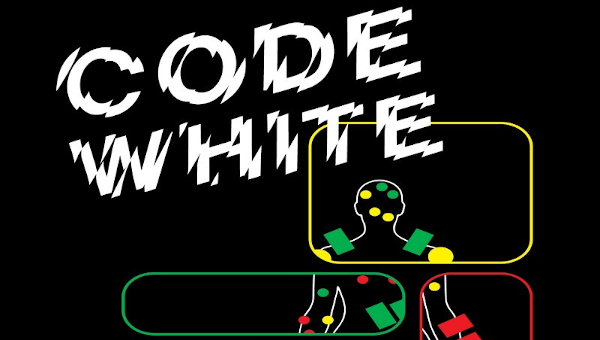 Iam old. I’ll be 72 this year. Will I live to 95? If so, what will I be like then? Will I be frail but mentally sound? Or will I be vicious and hostile? My daughter-in-law, Jennifer, became a nurse just as the pandemic unfolded last year. I was worried about her exposure to COVID-19, but it turned out there were more immediate dangers. Employed in the ICU and ER, Jennifer began with enthusiasm and optimism in her chosen caring profession. But she was attacked by a 95-year-old woman with surprising strength and anger. Looking at the photo of her arm covered in gouge marks and blood, I was appalled. Why would anyone attack this lovely young nurse who is one of the kindest, most empathetic persons I know?

Enbridge Line 3: The Climate Disaster Unfolding Before Our Eyes 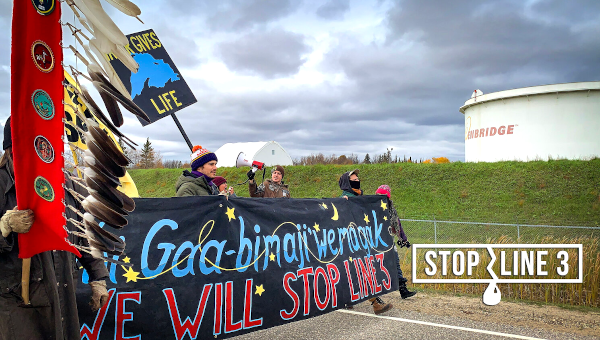 On August 29, 2005, Hurricane Katrina made landfall off the coast of Louisiana, triggering a slow-moving disaster as floodwaters breached the levees around New Orleans. Nearly 2,000 people were killed over several weeks, hundreds of thousands of homes were destroyed, and the city was left in ruins. Environmental scientists warned that Katrina was a taste of what was in store for the Gulf Coast region if climate change continued unchecked.

An End to the Crisis? The IMF’s $650bn Special Drawing Rights Stimulus 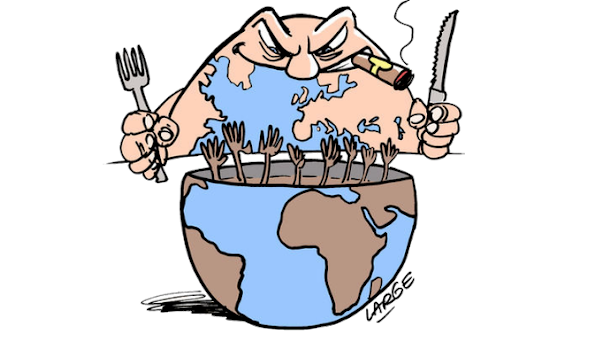 CADTM: In late August 2021 the IMF announced that it would supply the global economy with $650-billion (US) to meet urgent needs. This would be achieved through an increase in Special Drawing Rights. What exactly does that mean?

Milan Rivié (MR) and Éric Toussaint (ÉT): The 190 countries that are members of the IMF are entitled to allowances in strong currencies which they do not have to pay back. This device is called Special Drawing Rights (SDR). To this we must add loans that the IMF can grant to a country calling for help. Loans must be repaid with interest and are tied to conditions that reinforce neoliberal policies.

The Executive Assistant is a Staff Officer responsible for assisting members and Locals, working with committees, and developing and administering Federation programs, services, and policies.