Located at the southwest corner of Dundas and Sherbourne, the 214-230 Sherbourne St. lots are seven adjacent vacant properties. For 50 years, large houses on these lots provided rooming houses for poor people. But 10 years ago the owners demolished two of those houses and left the third one abandoned. For a decade now, homeless people just outside its doorstep have suffered the harsh realities of living on the streets while watching the properties lie empty.

Working Toward an Abolitionist Future

Join Showing Up for Racial Justice Toronto (SURJ Toronto) and community advocates on February 24th from 6:30-8:30PM to learn more about the movement to defund the police. Hear from El Jones, Desmond Cole, Butterfly Sabrina GoPaul, Salem Aaron and Sam Tecle from Jane and Finch Action Against Poverty (JFAAP) about working towards an abolitionist future.

Youth organizers will share their own perspectives on climate grief, structural challenges (racism, sexism, ageism), and imposter syndrome – as well as the hope, connection & purpose they’ve gained from being part of organizing communities.

From the start of his mandate, Justin Trudeau sought to bolster governments that undercut the socialistic regional integration efforts that shaped Latin America between 2005 and 2015. Concurrently, the Liberals have sought to overthrow leftist governments in Venezuela, Nicaragua, and Bolivia. But those governments remain while right-wing politicians have been defeated elsewhere, and the push for regional integration is being rekindled.

– Camila Escalante is a TV news producer. She is a former presenter at teleSUR English and also works with Kawsachun News (Bolivia).

– Yves Engler is a Montreal-based writer and political activist. He has published twelve books including most recently House of Mirrors: Justin Trudeau’s Foreign Policy and Stand on Guard for Whom: A People’s History of the Canadian Military.

Ring of Fire: context and concerns

You are invited to learn about the historic context and current concerns related to the proposed Ring of Fire mining project in the Nishnawbe Aski Nation (NAN) Territory. Joseph Duncan, an Indigenous member from the NAN Territory and former chair of the Sierra Club’s Ontario chapter, will discuss the club’s work on a report for the government’s Regional Assessment of the Ring of Fire. Our report focuses on the social, environmental, and economic impacts of the proposed development including a survey of some local residents. The $60-billion chromite mining proposal, referred to as the Ring of Fire, impacts 5,100 square kilometers of Northwestern Ontario. The area is rich in mineral deposits, peat moss, caribou, and many other species essential to Indigenous nations’ economy and culture. The region is home to the Indigenous people of the Nishnawbe Aski Nation, with a population of 45,000.

Frank Showler, long time peace, social justice, and climate advocate, left us on Feb. 10 at 102 years of age. To register for the online memorial, contact June Pollard at jpollard@ryerson.ca. For more about Frank’s life check the tribute on PBI’s website.

Responding to COVID and organising against the far right at work and community.

Join Shut Down Hate (an initiative of Hamilton District Labour Council) for a conversation with Kojo Damptey, from HCCI, and Carolyn Egan, Toronto Area Council USWA, to discuss how workers can deal with COVID and the far right in the workplace, unions and community.

Phone Zap for the Attawapiskat River

Want to take meaningful action in support of Indigenous sovereignty in the Attawapiskat River watershed? Let’s join together to push for a regional assessment process that uplifts Indigenous rights, biodiversity, and climate!

Tenants and Tenant Association leaders in the Greater Toronto Area are invited to participate in our upcoming Tenant School, designed to train you on the law and tenant organizing. Workshops are free and are taught by lawyers or other experts.

Celebrate the launch of Joe Burns’ new book, Class Struggle Unionism, with a conversation between Burns and Barbara Madeloni about how we can create a more militant, democratic, and fighting labour movement.

How should workers relate to the union establishment which often does not want to fight? How much should the labor movement prioritize broader class demands versus shop floor struggle? How can we revive militancy and union power in the face of corporate power and a legal system set up against us?

Prospects for the Teamsters Under New Leadership 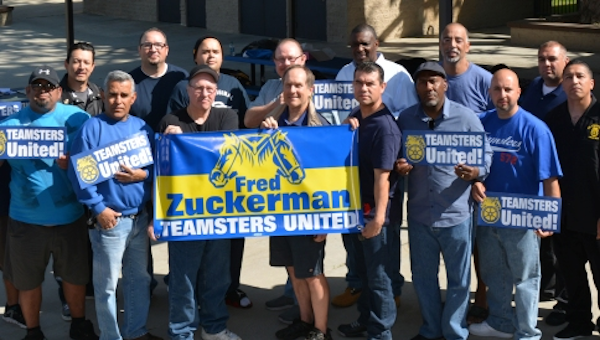 The victory of the OZ slate in the International Brotherhood of Teamsters (IBT) union, headed by Sean O’Brien and Fred Zuckerman and backed by Teamsters for a Democratic Union (TDU), has raised the question: Will this new leadership bring about reform in one of the nation’s largest and most powerful unions? Real reform would mean a union that is free from corruption, more democratic, willing to mobilize the members to fight the bosses, and capable of also addressing broader social issues like Trumpism, COVID, and climate change. 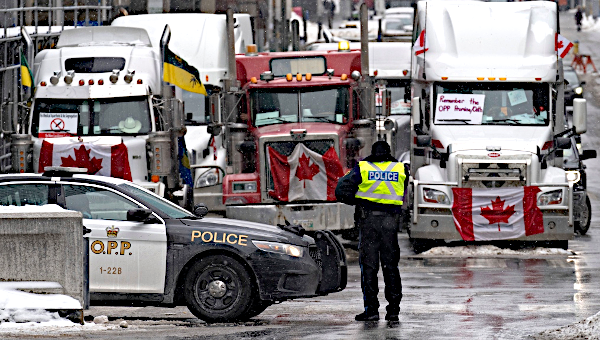 Everything happening in the United States comes to Canada, only a little later and a tad more politely. The rage that erupted in a Presidential-endorsed riot in Washington on 6 January 2021 has now exploded to the north. Fueled by a confused swirl of resentment against the array of pandemic protocols that all advanced capitalist states have invoked to curb and contain COVID-19 – including vaccination passports, mandatory masking, business lockdowns, and cross-border restrictions – so-called “Freedom Convoys” have descended on Canada’s capital Ottawa, holding the city hostage. US-Canada border crossings have been blocked in Ontario, British Columbia, Manitoba, Saskatchewan, and Alberta, and the convoys have staged sporadic protests across the country, from Fredericton, New Brunswick to Surrey, British Columbia.

The Abortion Crisis and the Legacy of Activism 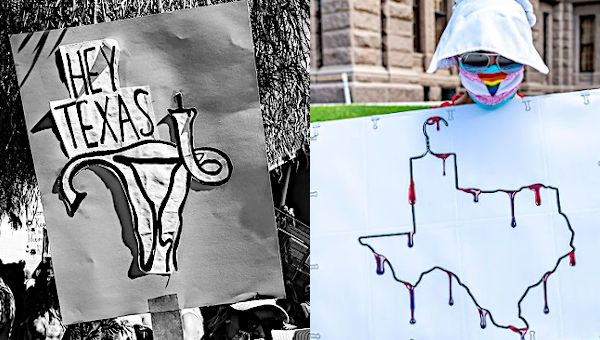 Beginning September 1, 2021, the state of Texas enacted the most aggressive challenge to Roe v. Wade (1973) since the decision was handed down by a Court packed with justices nominated by Republican presidents (Majority, Republican nominees in bold: Blackman/Nixon, Brennan/Eisenhower, Burger/Nixon, Douglas/FDR, Marshall/Johnson, Powell/Nixon, Stewart/Eisenhower; dissenting, Rehnquist/Nixon, White/Kennedy). That Roe came from a mostly Republican-appointed Court is important when one considers the argument that the pro-choice movement can rely (only) on Democratic politicians and that electing Democrats is vital to the preservation of abortion rights. 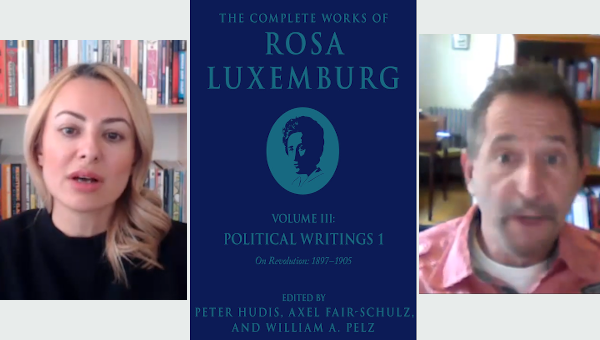 Thirty years after the fall and after the financial and Corona crises how do you see and evaluate the situation of socialist or communist movement generally? We see in all countries growing interest in Marx’s works and socialism especially among younger generations. Do we witness a new wave of revival of socialism after the fall – an appropriate historical moment that brings back Marx and Marxian socialism?

This part-time position is a two-year term contract, at 25 hours a week with a starting wage of $24.64 an hour unionized with CUPE 1281.

Interested applicants must submit their statement, CV and resume no later than 12:00pm March 1st to opirgtorontohire@gmail.com.