As a worker of the Amalgamated Transit Union Local 113 and employee of the Toronto Transit Commission, the third-largest Transit system in North America, I demand a solution to the increased gridlock. Workers of ATU113, specifically bus operators are witnessing traffic congestion at levels not seen before and the subsequent schedule delays. As transit professionals, we want an effective and efficient transit system, one that has passengers commuting to their destinations promptly. It is no longer acceptable for passengers to sit in traffic surrounded by vehicles with a single occupant. 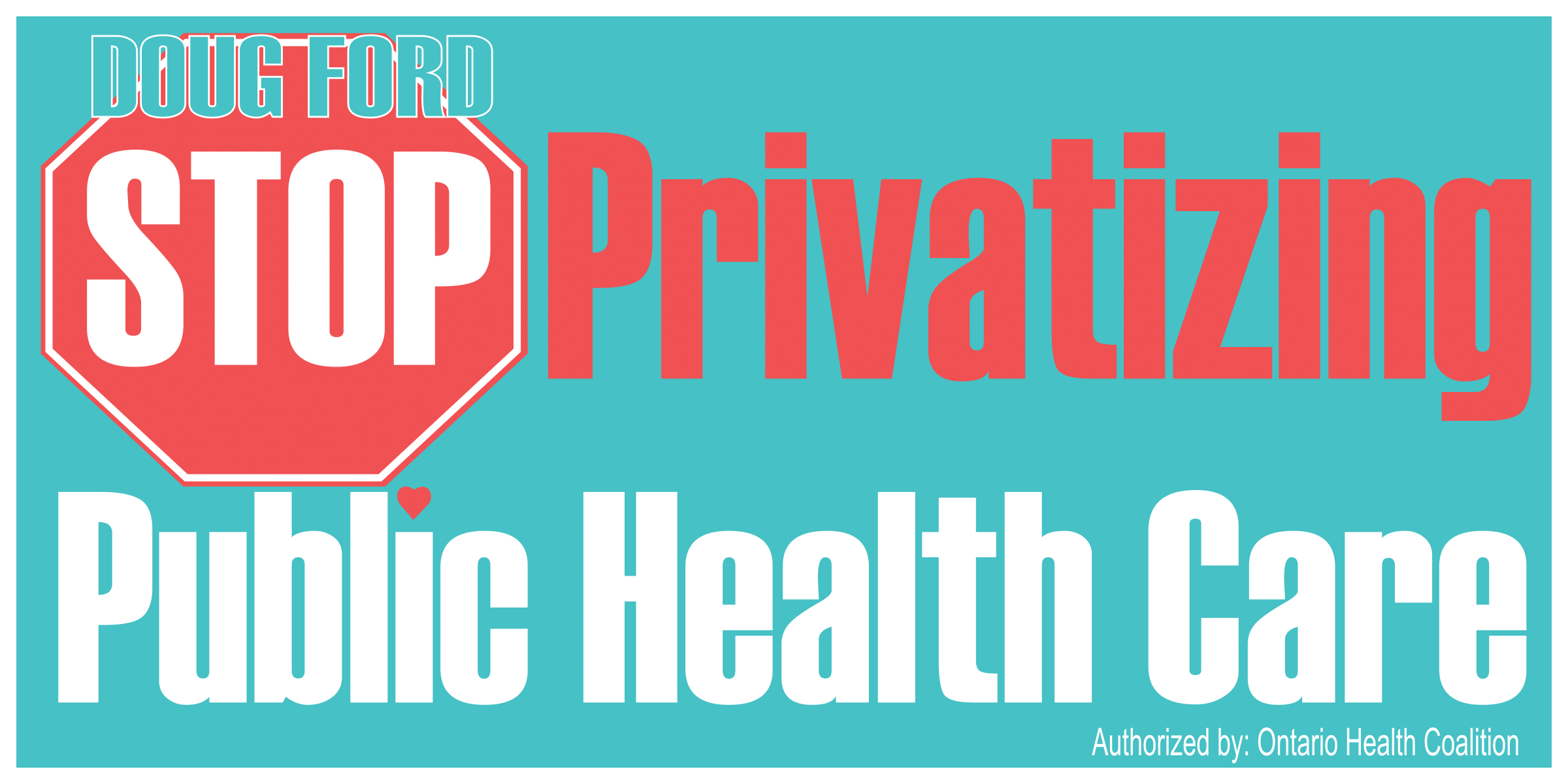 This event will provide updates on the Jane-Finch Community Hub and Centre for the Arts Organizing Committee’s last year of work, including our partnership with the City of Toronto, land transfer, as well as our current short-term and long-term goals for the development of the hub.

Film Screening: The Ties That Bind

In Honour of Asian Heritage Month in May, the Foundation to Commemorate the Chinese Railroad Workers in Canada invites you to join the “Ties That Bind” film screening.

Between 1881 and 1885, over 17,000 Chinese men came to Canada to work as labourers on the construction of the western section of the transcontinental railroad. Over 4,000 lost their lives due to unsafe working conditions, landslides, and premature blastings.

Join this massive mobilization call to alert allies and friends from coast to coast that Wet’suwet’en people need their help to Stop The Drilling under their sacred headwaters, Wedzin Kwa. Attendees will hear from Sleydo’, Chief Na’Moks, and Chief Woos about what’s happening right now on the Yintah. You’ll hear about the violence, surveillance and intimidation that is escalating on Wet’suwet’en territory, and what they can do to help stop the drilling and call off the RCMP.

This virtual event will include reflections shared by Amberly Alene, Dr. Keshia Abraham, and The African Diaspora Alliance on the stories shared, inspiration fostered, and community cultivated through Gloria Rolando! We will share films, preview Gloria’s upcoming project, and have a chance to chat with Gloria!

Questions to consider:
– What is each party’s position on protecting injured workers’ rights and the workers’ compensation system?
– How can each party support racialized communities and protect workers in precarious workplaces?
– How will each party address the systemic barriers to access justice for injured workers?

Life and Legacy of Walter Rodney

GRILA Toronto invites you to this public conference to celebrate African Liberation Day and to reflect on the life and legacy of Walter Rodney.

The Right, Social Movements, and the Ontario Election

Democracy in Ontario? Only the naïve and those standing to gain from the political spoils are refusing to concede that electoral democracy is rotten to its core in Ontario. Since the 1990s, the neoliberal policy regime of ‘free markets’, low taxes, cuts to social provisioning, and more money for policing have dominated the agenda at Queen’s Park.

Since being elected in 2018, after almost 15 years of rule by the Liberal Party, Doug Ford and his Conservative government have pushed this agenda even further to the right. In the last election, Ford promised a ‘buck a beer’ and to ‘open the province for business’. This time Ford is promising ‘roads, roads, roads’ and offering his ‘drivers’ coalition’ a few dollars in a license plate rebate.

Speakers:
– Bryan Evans teaches at Toronto Metropolitan University and is the co-editor of Divided Province: Ontario Under Neoliberalism.
– James Hutt is a union activist and currently works at the Canadian Association of University Teachers.
– William Paul is an educational activist editor of the website School Magazine.
– Shelagh Pizey-Allen is Director of TTCriders in Toronto.

How does inflation impact working-class households? How should workers, labour unions, and progressive governments respond to inflation? Join us as we answer these questions and more.

An evening of culture and solidarity.

Each year on June 1st, injured workers and labour activists gather in Toronto and in cities across the province to mark Injured Workers’ Day.

This year, as we gather virtually the day before a provincial election, we have the opportunity to combine our voices and tell whoever the incoming government is that injured workers will be there from day one, holding them to account.

Let’s celebrate our injured workers’ movement and our fight for fair compensation and respect from the WSIB. Injured workers deserve fairness and dignity.

Privatization of COVID-19 Vaccinations and Testing in Ontario 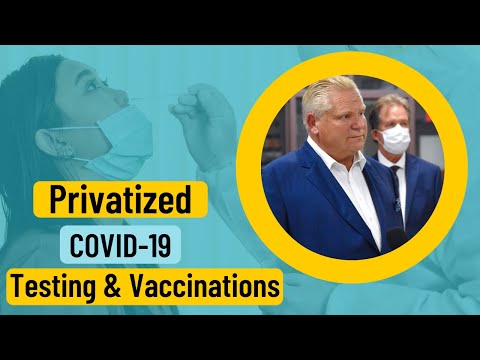 One of the ways the Doug Ford government is privatizing healthcare is by privatizing COVID-19 vaccinations, which used to be provided by public health, and COVID-19 testing, which was handed off to for-profit companies charging more than $200 for a test. We must put an end to for-profit healthcare. 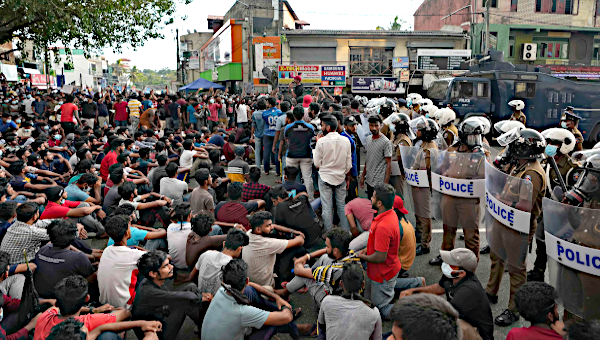 So much has been written on the Sri Lankan economic crisis that the facts are by now quite well-known: the massive build-up of external debt; the huge Value Added Tax concessions that pushed up the fiscal deficit and made the government borrow abroad even to spend domestically; the decline in foreign exchange earnings because of the pandemic that particularly hit tourist inflows; the downward pressure on the exchange rate which made many Sri Lankan workers choose the unofficial route to send their earnings home rather than the official route; the precipitous decline in foreign exchange reserves; the directive of the government to cut down on the use of chemical fertilizers to save foreign exchange that actually hit foodgrain output; and so on. 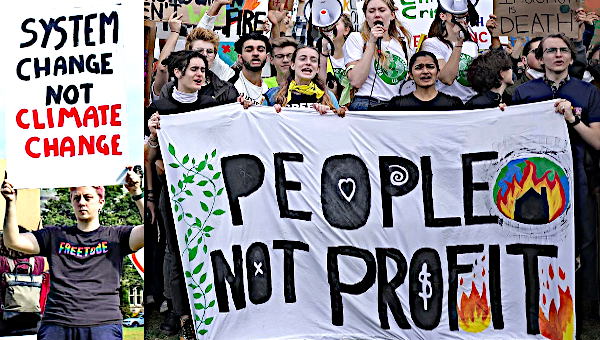 I can’t forget those crisp November mornings. I’d stand respectfully still, a Scout’s red sash across my shoulder. I remember the veteran steadying himself with his cane, standing as straight as he still could, crying silently as the “Last Post” rang out. “How many of you would have fought?” Ms. Allen had asked our class. Every tiny hand was raised. The heroism of the Second World War was etched into my memory.

Protests in Finland: No to NATO, Yes to Peace! 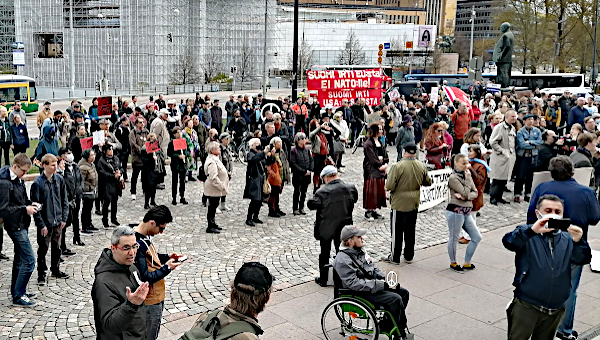 Sunday, May 15th was a sad day for Finland’s long history of military non-alignment. On this day, the country’s President Sauli Niinistö and Prime Minister Sanna Marin officially announced what everyone already knew – that Finland would be officially applying for NATO membership. Given its long border with Russia, Finland cultivated active neutrality and non-alignment during the Cold War. Following the collapse of the Soviet Union, however, the country has gradually moved closer to the Western camp. Along with Austria and Sweden, it joined the European Union in 1995. Finland has also cultivated a close partnership with NATO. 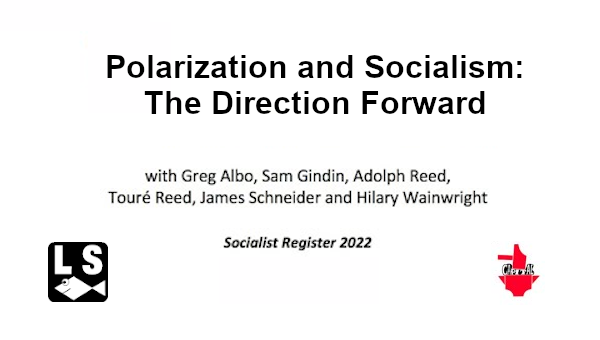 Contributors to the 2022 volume of Socialist Register discuss “Lessons from the Corbyn Project” (Hilary Wainwright), “American Workers and the Left” (Sam Gindin) and “The Evolution of Race under Neoliberalism” (Adolph and Touré Reed).