Your generous support of the Centre for Social Justice in the past is deeply appreciated. Your contribution is of vital importance to the struggle for social and ecological justice in Ontario and Canada. Although Donald Trump’s presidency in the US is now in the past, the hard-right political forces he enabled remain a political menace. Indeed, the growth of the popular vote of the People’s Party of Canada in the last federal election, the truckers’ blockades in various parts of Canada, and the policies of the Doug Ford and Daniele Smith governments in Ontario and Alberta illustrate the growth of some of these same forces in Canada. The Parliamentary Budget Office reports that the top 1% of the wealth distribution shockingly accounts for over 25% of Canada’s wealth while the bottom 40% only hold just over 1%. This follows on trends in income distribution in Canada since the 1980s reflecting the continual rise in income for the 1% and the squeeze on the rest of us. The high interest rate policies of the Bank of Canada are boosting the profits of the banks while also deliberately restraining wages. It is alarming to see the rise of such gross social inequalities alongside the increased acceptance of reactionary political views on the political scene. This is a crucial time for social justice education and organizing. 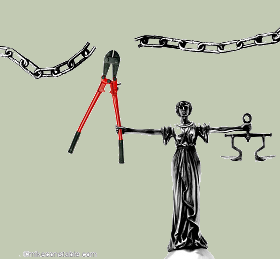 The more than two years of the COVID-19 pandemic has further unsettled the economy and political landscape of Canada as well as the global world order. While Canada has fared better than the disaster that has been the US response to the virus, the cumulative impact of decades of austerity and privatization have left the healthcare system in dire straits that is now impacting access to hospitals and urgent treatments for out children. The rundown of long-term care homes and the lack of proper staffing levels remains utterly shameful. Our most vulnerable communities – the poor, the elderly and the racialized – are the hardest hit. Despite government pledges and the Residential Schools horrors, adequate provisioning of clean water, housing, and child welfare for First Nations communities remain major problems. The UN Climate Change Conference this past summer showed that Canada remains stuck among the top group of countries for per capita emissions, and the targets set for 2030 to keep the temperature increase to 1.5 degrees are likely to be missed by 15-20%. In ‘opening Ontario for business’, Premier Doug Ford has all but scrapped Ontario’s climate change policy and now is prying apart the Greenbelt for developers and pushing on with the insane Highway 413 expansion and new development schemes benefitting many of the developers funding his Conservative government. Ontario continues to provide the lowest per capita support for education and social programs in Canada.

Fortunately, this has also been a year of growing social justice activism. The protests for land rights and sovereignty by First Nations, notably the struggle of the Wet’suwet’en in B.C. and Grassy Narrows in Ontario, and the Fridays for Future climate strikes by students in Canada have continued and been awesome! The efforts by CUPE education workers and by parents to protect the school systems have been inspiring. All these struggles are rebuilding inclusion and fighting for social and labour justice.

The CSJ has a long history of educational work and campaigning for climate justice and expanded public transit; against austerity and tax cuts; and for de-commodified public services. More than ever, we need your ongoing support to continue to build these struggles.

Even through the pandemic, the Centre for Social Justice has been very busy. We continue to collaborate in education and organization workshops with the Toronto Airport Workers Council, an alliance of unions at Pearson Airport addressing precarious work, and build on the work with Green Jobs Oshawa in converting the unused capacity of industrial plants to ecologically responsible production. We all need to be taking such campaigns into our communities and labour councils across Ontario and Canada.

We also been been lending our support to many other groups as well through the pandemic. The CSJ continues to operate as a strategic hub for community meetings and public forums, and offers meeting space and administrative support for initiatives such as the Free Transit Toronto, research projects on Toronto and Ontario politics, Amazon and other union organizing, and publishing projects such as the internationally-renowned annual Socialist Register. These projects all attempt to address the inequities of neoliberal policies and to identify democratic, egalitarian, and climate-responsible alternatives. The CSJ also provides support for numerous social justice groups by helping organize events, subsidizing speakers, and assisting in educational initiatives.

Over the last years, we’ve supported public forums and workshops on Lower Fares, More Service! Public Transit Struggles, on Union Organizing at Amazon, Climate Change as Class War, Reinventing Work, Beyond Digital Capitalism, and The Right, Social Movements and the Ontario Election. We also supported book launches of New Polarizations and Old Contradictions: The Crisis of Centrism; and Solidarity Beyond Bars. The CSJ has become a reference point for critical public discussion of political issues of the day. We will continue to collaborate with community groups and university labour centres to sponsor public discussions about Toronto, Canadian politics, and current developments in world capitalism.

We could not keep the Centre’s programs going without your financial support. The neoliberal austerity agenda is on the verge of taking another hard right turn in the post-pandemic fiscal setting and to free up funds for NATO and military spending. We need to join the growing protest movements against climate change and inequality and for democracy and find ways of meeting human needs and mapping out an alternate political agenda.

We want to thank all of you who have helped us fund our programming to keep building a new politics in Ontario and Canada. Donations can also be made online at socialjustice.org/donate. Please consider joining our monthly donor plan and subscribe to our weekly social justice newsletter.