Toronto has a plan to speed up transit on 18 bus corridors and the King and Queen streetcar. But the plan is too slow. Most of the bus corridors run through areas hardest hit by COVID-19. We need faster transit and more buses now!

Listen Up Lecce! Call out to Minister of Education

This is the last week to share your thoughts on the proposed changes to the Child Care and Early Years Act (CCYEA). We have surveyed the sector, and the results are overwhelming in their opposition to many of the proposed changes. We know that there are many ongoing challenges our sector is facing, but the sector has spoken – this is not the way to address them.

Education Minister Stephen Lecce needs to hear from you – the people who will be directly impacted by the changes his Ministry is proposing. Let’s make sure, on the last day of the consultation period, he has no doubt about where we stand on the proposed changes. Let’s make sure he hears our collective voice, and he feels our ECE Power. On Friday, let’s all take a few minutes to call Lecce and tell him we are opposed to changes to age ranges/group sizes/ratios and to staff qualifications. Let’s tell him why children, families and educators deserve better.

Click here for a template to support you – but remember, your voices and experiences matter, and they deserve to be heard.

No cuts to long-term care in a public health crisis

In the middle of a devastating second wave of COVID-19, Doug Ford just slashed $100-million from long-term care funding.

Decades of cuts and underfunding has led to underpaid and overworked staff, a shortage of essential medical equipment and a sharp decline in the quality of care we’re providing our seniors. It’s a crisis.

Now we’re in a pandemic that has killed over 2,000 seniors. But instead of learning from the first wave of COVID-19, the Ford government is cutting even more from long-term care.

Canadians for Long-Term Care Standards will hold a day to honour those we have lost and to support the federal government in creating national standards with the provinces and territories.

We will have a small group (no more than 25 people in person) attending at Parliament Hill in Ottawa on November 19, 2020, for a demonstration in support of national standards for long-term care, and to honour those we have lost in long-term care across Canada. The event will begin at 11:30 and will be live streamed for safety reasons due to COVID-19 (details to follow), ending between 12:30 and 1:00.

Canada has not joined 122 countries represented at the July 2017 UN Conference to Negotiate a Legally Binding Instrument to Prohibit Nuclear Weapons, Leading Towards their Total Elimination. It has also declined to sign the resulting UN Treaty on the Prohibition of Nuclear Weapons, which recently garnered its 50th state signatory meaning it will enter into force in 90 days.

Canada’s position vis-à-vis Colombia has remained virtually indistinguishable from that of Trump’s in the US. Through the “Lima Group”, the Canadian government has taken sides explicitly with the hard right Colombian government, as well as others throughout Latin America, at the expense of human rights, social justice, democracy and peace. As the human rights tragedy unfolds, Canada has unequivocally stood by the Colombian government and paved the way for the extractive and financial interests to expand their footprint in Colombia.

Front-line Tropicana Workers have been on strike since November the 9th. Attend this Solidarity Rally to support workers in :

Right now, tens of thousands of former students in low-wage jobs are being shut out of permanent resident status because of impossible requirements. Unless Prime Minister Trudeau acts quickly, thousands will be forced to leave Canada and become undocumented by the end of the year. Join us at Immigration Minister Marco Mendocino’s office on November 24th!

The Struggle is Not Over 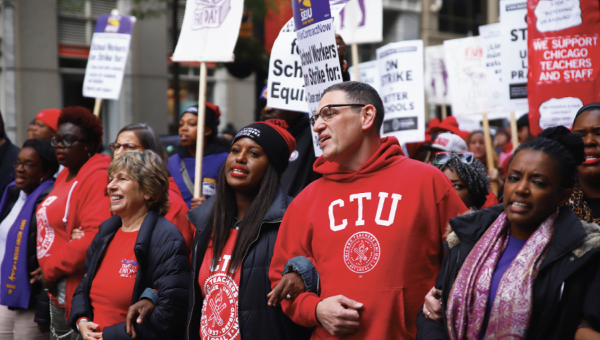 Because of your efforts, we have won the most important election in the modern history of our country. As I’ve said many times, this election was not just about Biden vs. Trump and what their views on the issues were. It went much deeper than that. This was an election about whether we end pathological lying in the White House and retain democracy and the rule of law in our country, and thank God, we have done that. In the days and weeks to come I’m sure that everyone in the world is going to be taking credit for Biden’s victory, and the media and the pundits will have their views.

In-and-Out of Turkey’s New State in the Making 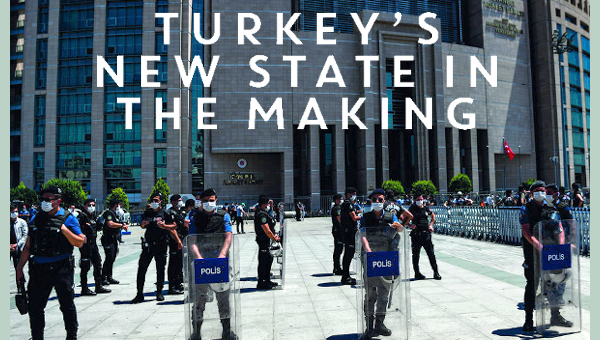 Turkey has been passing through an accelerated state transformation since the 2013 Gezi uprisings. Having been aggravated by the Justice and Development Party’s (AKP) loss of parliamentary supremacy in the June 2015 general elections, the state has instituted escalating police operations, extra-judicial executions, suppression of the media and political opposition, and violation of fundamental human rights and freedoms have become ordinary political practices of the Turkish state. The failed coup attempt in July 2016 further impaired the situation, with the government using it as an opportunity to put an end to Turkey’s republican parliamentary state structure and to establish a sui generis Presidential System of Government (PSG) in July 2018, centralizing practically all political authority in the hands of President Recep Tayyip Erdogan. 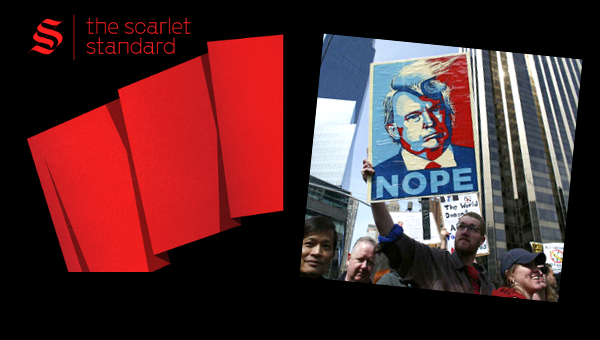 In this episode (recorded November 8th, 2020), we chat about the results of the 2020 US Election, diving into discussion about Biden’s depressing win, Trump’s legal fights, several of the ballot measures passed on election night, and the future of the left under a Biden administration.

Source: The Scarlet Standard Episode No. 5 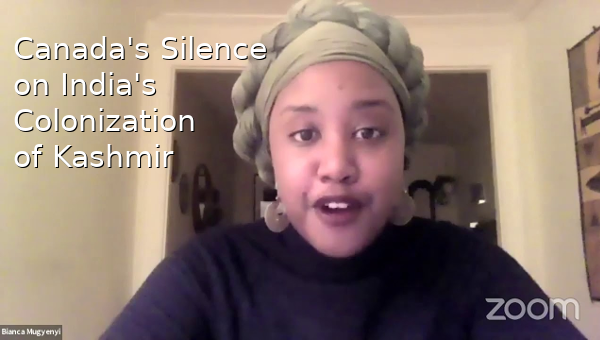 Kashmir is one of the world’s longest outstanding international conflicts. The world’s most militarized zone is under a serious threat of demographic change that is aimed at altering the final resolution of the disputed territory. With the introduction of the new Domicile Law by the government of India on March 31, 2020, the project of intentional demographic change, in clear violation of international law, is underway. There is urgency for the international community to intervene as the Indian Government claims it has already issued close to two million Domicile certificates to non-Kashmiris, a step that has grave implications for the final resolution of the issue of Kashmir.

Quebec, Canada, and the Indigenous Peoples 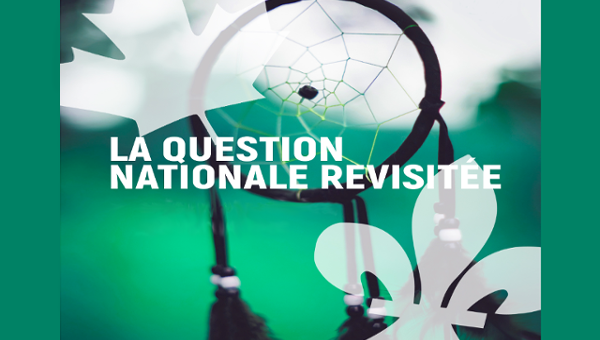 The latest issue of the Quebec journal Nouveaux Cahiers du Socialisme (NCS), published in September, revisits the Quebec national question in light of the mounting struggle against climate catastrophe, the growth of Indigenous resistance, and the crisis of Quebec’s national movement. A number of articles probe the potential for creation of the strategic class alliances and perspectives that are needed if we are to begin a fundamental social transformation that re-imagines not only the Quebec reality but its place in the creation of an ecosocialist society in the Canadian, North American, and global context. 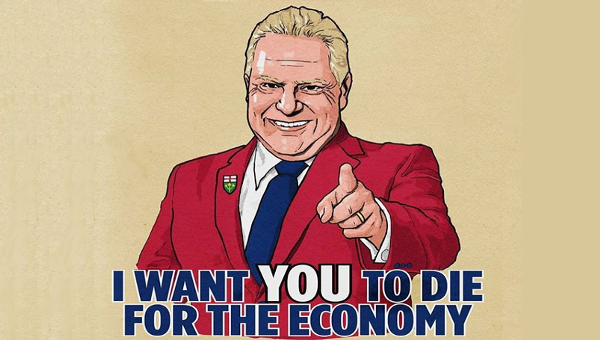 In the early days of the COVID-19 pandemic, government officials across Canada employed lofty rhetoric, often drawing on themes of unity and collective well-being. The federal government even bowed to pressure to create direct funding programs for workers and students facing employment challenges, along with its support programs for businesses. Eight months on, without certainty of a vaccine in the near future, the conditions in Ontario remain, by many assessments, bleak. Thousands of people have been infected by the virus. Millions more have faced economic and social challenges unseen in generations. In most cases, the speeches by political leaders calling for unity have faded, and have been replaced with a focus on economic re-opening. And the virus remains.

The Centre for Social Justice will be hiring for two short-term positions through the Canada Summer Job initiative.

The positions are as research assistants on studies related to public services and social issues.

Send resumes to office@socialjustice.org. Labour Organizer
The Toronto and York Region Labour Council is seeking an organizer to work as part of the leadership and staff team in a dynamic and fast-paced organization that is responding to a changing economy and new political realities in Canada’s largest urban centre. This will be either a permanent full-time position or a three-month contract position.

Responsibilities will include working with the Labour Council President and staff on all aspects of the Council’s work in both Toronto and York Region, including political action, building union strength, the development of networks of union activists around key campaign goals, and other duties as assigned.

The successful candidate will have extensive experience in union, political or community organizing and a good knowledge of the labour movement. They must have strong interpersonal skills, be committed to the equity and anti-racism goals of the Council, and be able to carry out their work with a minimal amount of supervision. Fluency in a second language will be an asset. Salary will be commensurate with experience.

Labour Council is committed to providing a fair and equitable work environment and encourages applications from people who are members of equity-seeking groups.

Applications will be accepted until 12:00 noon, Wednesday, November 25th, 2020, by e-mail to jcartwright@labourcouncil.ca | www.labourcouncil.ca
Share: